A woman was taken to the La Follette Medical Center suffering from injuries she sustained in a late afternoon car wreck.   Two cars collided at the corner of East Prospect Street and North 8th Street just before 4 pm on Wednesday afternoon.  East Prospect was shutdown for the better part of an hour.

TOP PHOTO:  The woman who was injured was driving the maroon car that was spun around upon impact, according to one official. 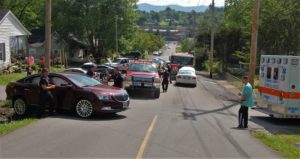 The cars involved are the maroon car, near the phone poll, to the left and the white car in the right lane. 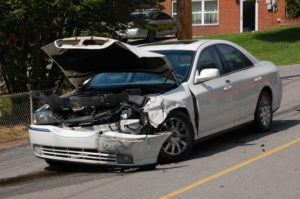 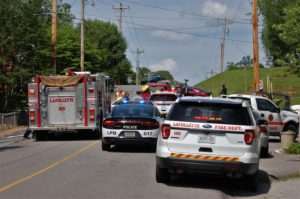