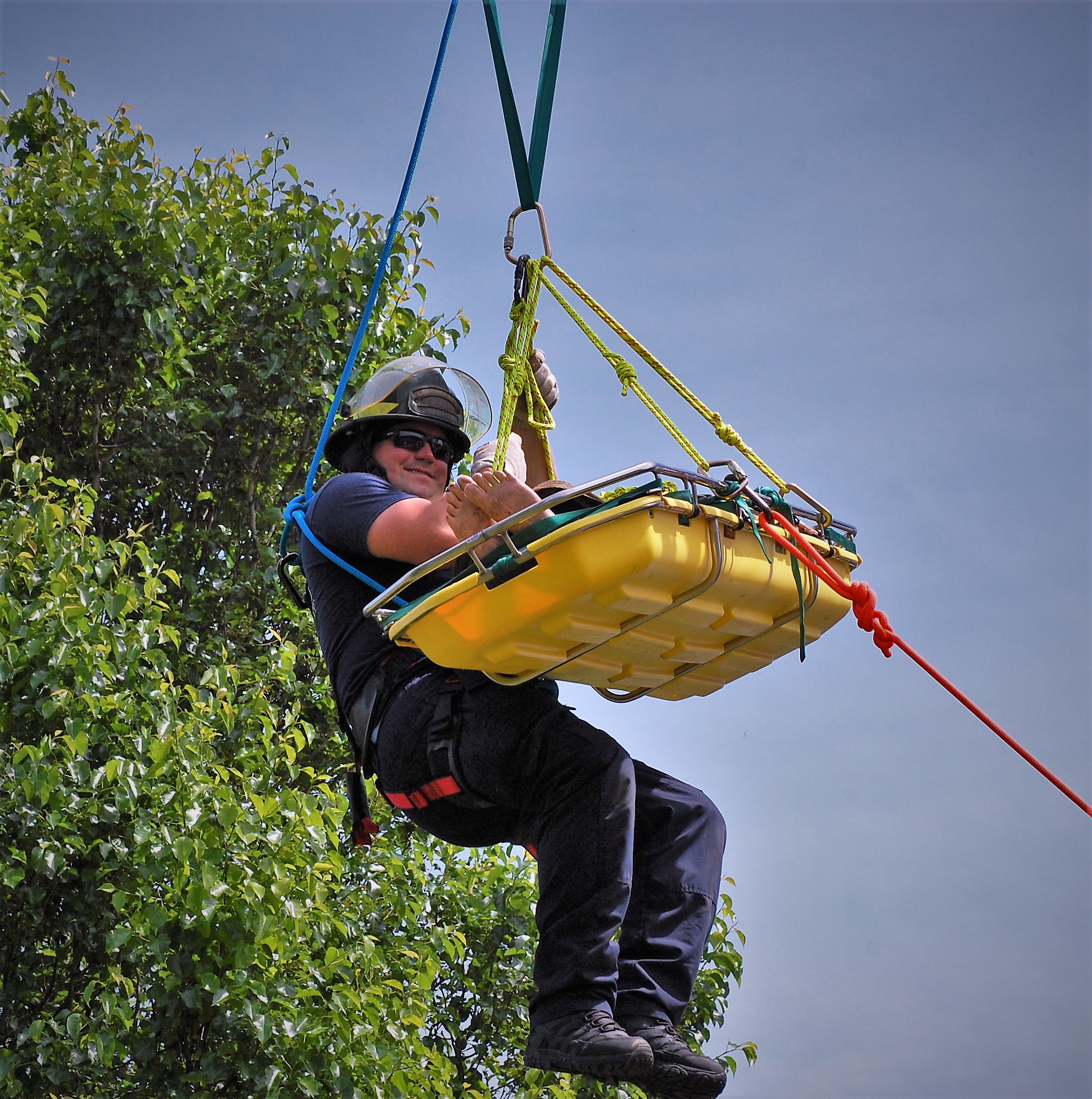 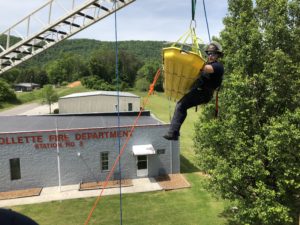 “The key for the rescuer is to talk to the patient and keep the patient calm,” said LFD Training Lieutenant Shawn McGlone (ABOVE), who led Tuesday’s session.  He pointed out  the idea is for the basket to pretty much sit on the rescuer’s lap. 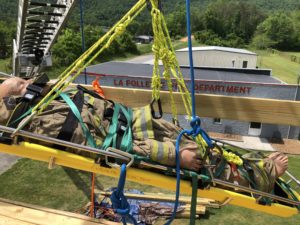 The cables support up to 10,000 pounds.  McGlone calls the blue cable the “oh, crap cable,” because it serves as the last line of support.

McGlone noted  there is not necessarily a time goal for such a rescue, because each such rescue will be different.  Though he was quick to say that we must stay within your golden hour, the first hour after the occurrence of a traumatic injury, considered the most critical for successful emergency treatment. 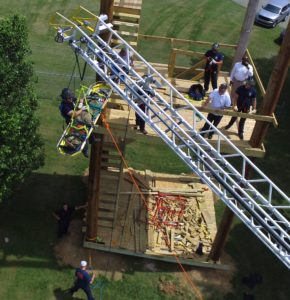 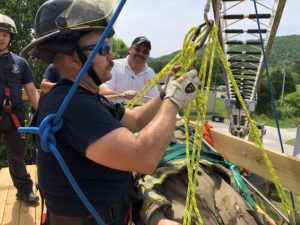 This is called a high point tie-in, according to McGlone.  The Stokes basket, named after its creator, is secured for the lift from the roof.

“We’ve all grown during this training which began on Monday, and that the council has made it all possible,”  McGlone said. The La Follette City Council approved the building of the training tower which is a work in progress.

LFD Assistant Fire Chief Jimmy Pack operated the ladder truck portion of the training.  He said, “We’re training for the worst while hoping for the best.”  (WLAF NEWS PUBLISHED 05/08/2019-6AM)