John Polly loves to help people.  That made him easy prey for his friend Bill Thompson.  Back in the fall, Thompson drafted Polly to join him in his Sleep in Heavenly Peace (SHP) project to build beds for children who do not have a bed.

TOP PHOTO:  Polly shows off the brand that is put on every bed.

Since last year, Thompson, Polly and the rest of their SHP members have built several beds for Campbell County children.  They were at it again over the weekend.  Their latest “bed build” was Saturday at United Cumberland Bank at Jacksboro which funded the day’s entire project.  Members of the SHP team and several volunteers spent a few hours under the bank’s drive-thru building 10 new bunk beds that will accommodate 20 children.  See more photos HERE. 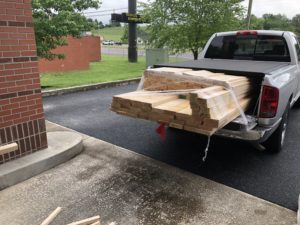 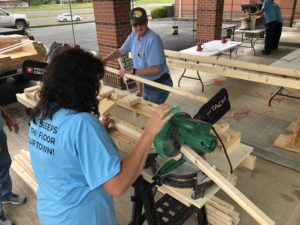 The raw lumber, the best around coming from Kash & Karry Building Supply, is then cut. 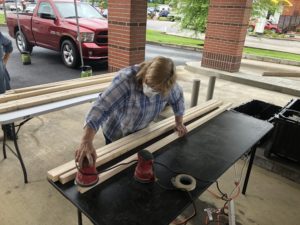 Every angle of the wood is sanded, because, if not, it’s very rough on a barefooted child. 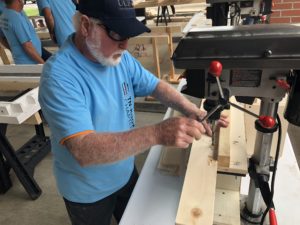 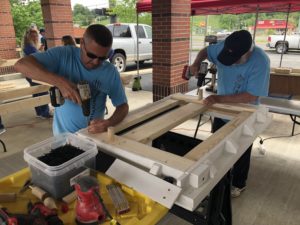 The assembly goes through these frames. 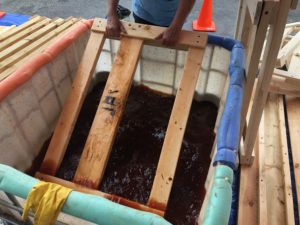 Then it’s stained and dried. 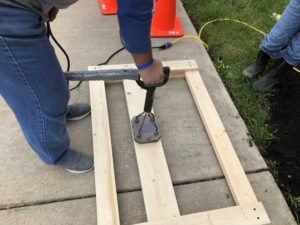 The SHP brand is burned into every bed.  Cayden Sumner (below) shows off the brand. 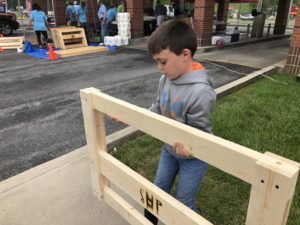 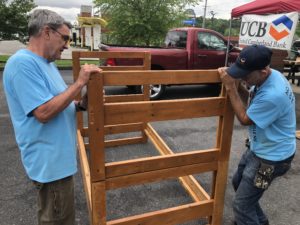 Delivery, of course, is the final step.

Saturday’s bed build means that 20 Campbell County children will soon be off the floor, couch or recliner and in a comfy bed.  Each bed is fully dressed and ready for a sleepy child once SHP volunteers leave their home.

The unofficial count of the number of folks who came out Saturday totals 30.  The youngest helper was nine-year old Cayden Sumner while a youthful Johnny Cain claimed to be the oldest.

Rayma Daugherty, vice-president and market leader, with United Cumberland Bank was impressed with the turnout and thrilled the day’s goal of 10 beds was met.