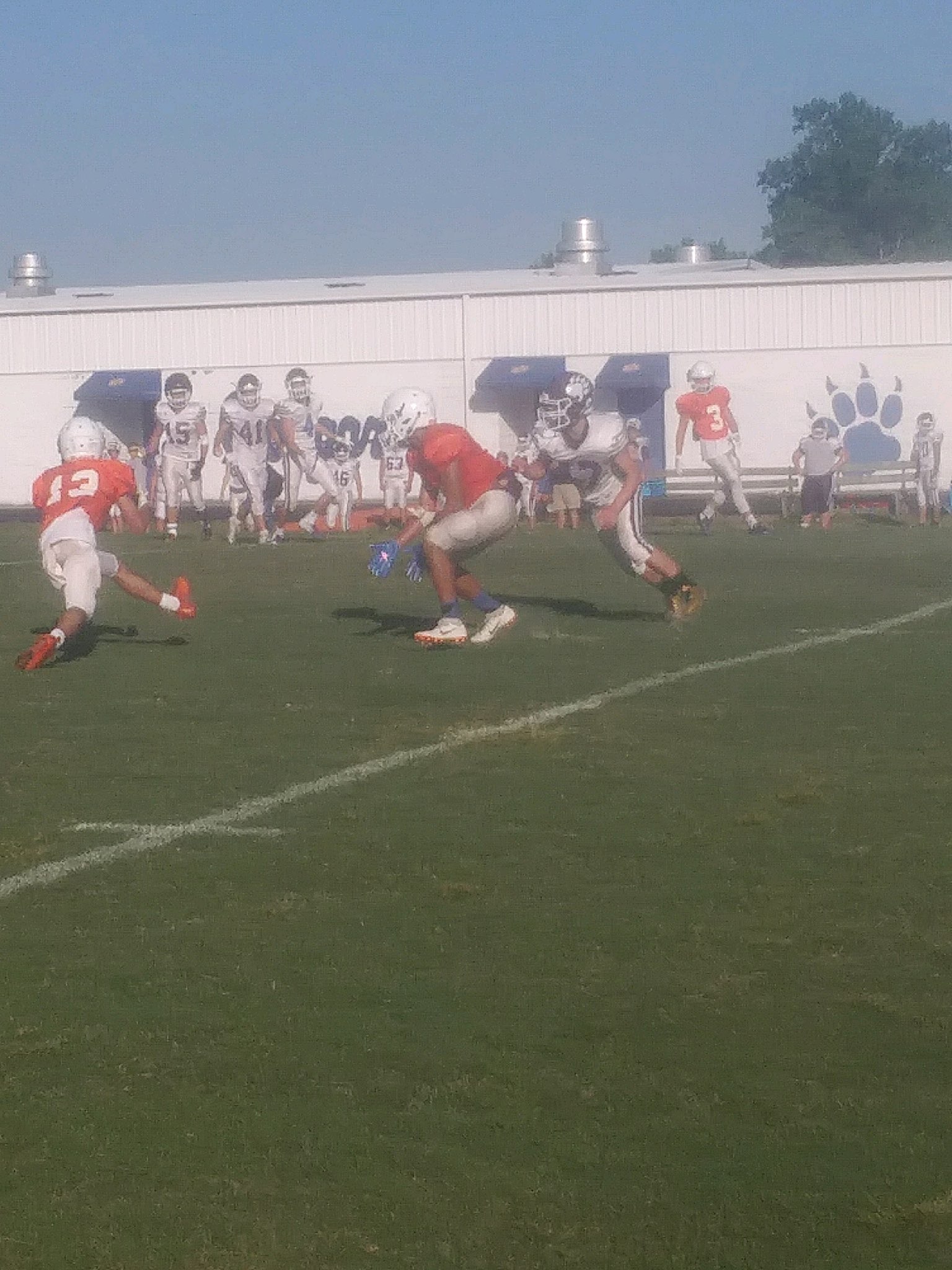 “We are proud of the way our players competed and the effort they played with,” said Campbell County Cougar Head Football Coach Justin Price.  His Cougars were home with the Sevier County Smoky Bears in a spring scrimmage Thursday evening.

Warm sunshine made for pleasant conditions as fans caught a first glimpse of their Cougars playing against someone wearing a different color than orange and blue.  The ninth-year head coach said, “There are some areas that were exposed that we need to improve in. We will get to work on those very quickly.”  It’s a short turn-a-round ahead of Tuesday’s scrimmage with Pittman High at Jefferson City. 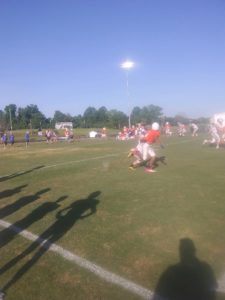 Price was very pleased with some areas of his team’s performance last night saying, “We also had some areas that were very strong tonight. We will work to continue to find ways to use the things we do well.”  The coach was able to play many players Thursday, and he feels that that experience will make each one of them better.

Tuesday, May 21, is a practice scrimmage against Gatlinburg Pittman at Carson Newman’s Burke-Tarr Stadium.  It starts at approximately 5:30 pm.

Here is the 2019 Cougar Football Schedule:

CCHS opens the season at home on August 23 with Cocke County out of Newport followed by a road game at Straw Plains against Carter on August 30.

WLAF and the B & M Tires Sports Network will again bring you all the live radio and televised coverage of every CCHS game in the new year.  In 2019, it marks the 45th year of live coverage of Campbell Football on WLAF.  (WLAF NEWS PUBLISHED – 05/17/2019-6AM-PHOTOS COURTESY OF WLAF’S PAT PEBLEY)