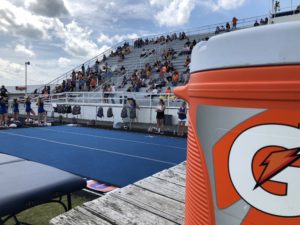 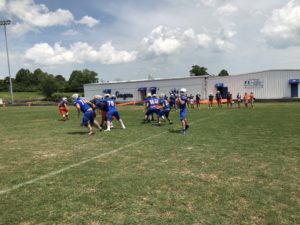 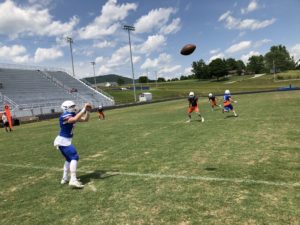 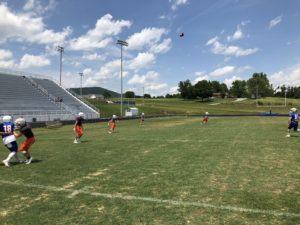 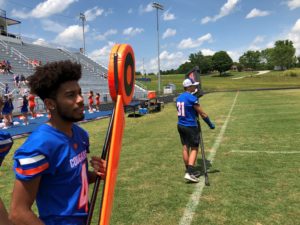 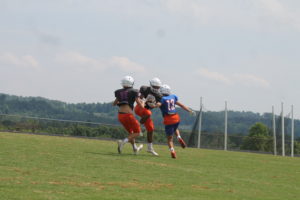 The Orange team intercepts a pass 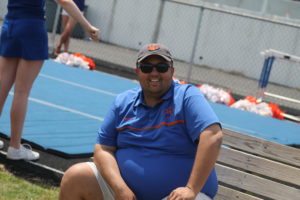 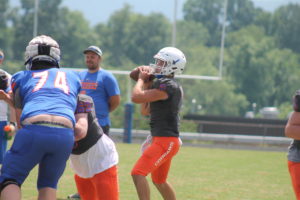 Quarterback Hunter White readies to throw for the Orange team.

Here is the 2019 CCHS Football Schedule:

CCHS opens the regular season at home on August 23 with Cocke County out of Newport followed by a road game at Straw Plains against Carter on August 30.

WLAF and the B & M Tires Sports Network will again bring you all the live radio and televised coverage of every CCHS game in the new campaign.  In 2019, it marks the 45th year of live coverage of Campbell Football on WLAF.  Les Martin returns for his ninth season calling the Cougars along with his broadcast partner Brent Allen. (WLAF NEWS PUBLISHED – 05/24/2019-6AM-PHOTOS COURTESY OF DAVID GRAHAM)