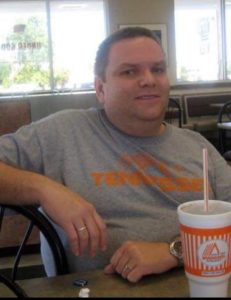 LAFOLLETTE, TN  (WLAF) – The City of La Follette lost one of its staunchest supporters over the weekend.  La Follette native Donnie Kitts passed away at his Knoxville home on Sunday, according to family members.

“He and I spoke last week about the La Follette Beautification Board’s next project, a mural on the outside wall of Common Ground at Freeman Park,” said La Follette Mayor Mike Stanfield.  He went on to say, “Donnie was such a good guy and served as the Beautification Board’s chairman for no pay; he did it out of the goodness of his heart.”  Kitts served as chairman for the better part of 20 years.

City flags are at half-staff this week for Kitts and Jerry McCulley, according to Stanfield.  McCulley was related to a city employee and passed away on Saturday.

Services for Kitts are Thursday.