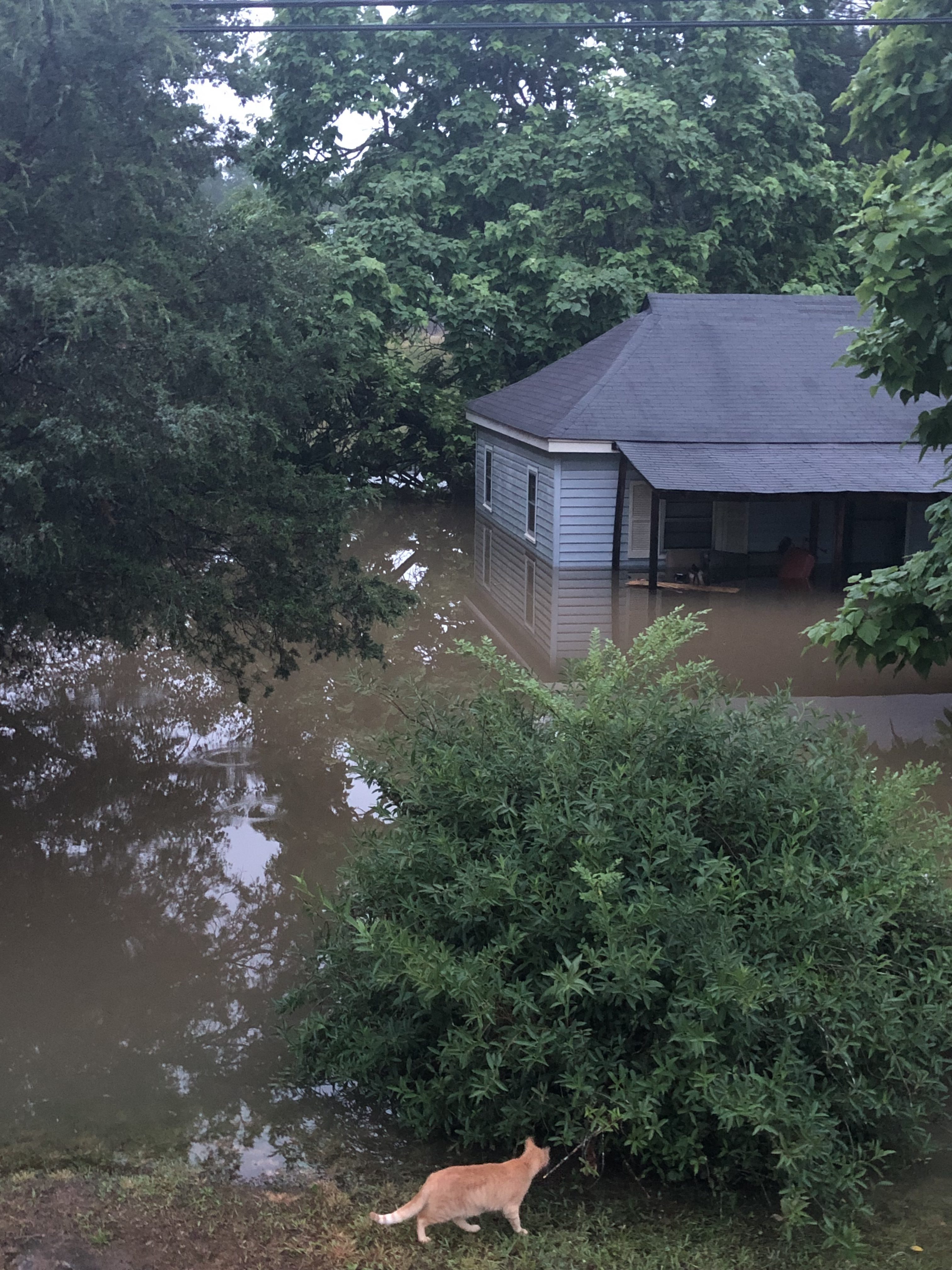 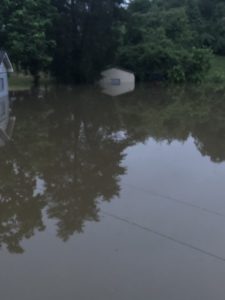 Water was nearly seven-feet deep at this out building

LAFOLLETTE (LONG HOLLOW), TN  (WLAF) – Randy Jones and his family were literally washed out of their home by Friday’s heavy rains.  The light blue home that sits down below Long Hollow Road across from Chadwell’s Market & Deli looks out of place in the lake that engulfed it in what many call a once-in-a-lifetime event. 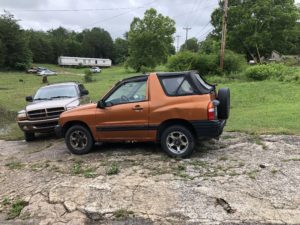 Jones’ wife Becky spent the night with her folks while Randy stayed in his Dodge Durango at their home to protect what’s left.  Not much is.  Though his Chevy GEO Tracker (ABOVE) was safe.  It was totally submerged in the lake that surrounded his home.

“My son said, “Dad, it’s like a waterfall coming off the road,” the 45-year old Randy Jones said.  Jones hurried home Friday evening from Middlesboro to help as the rain pounded down and the water deepened all around their Long Hollow home. 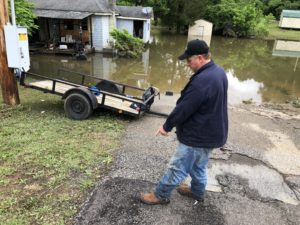 Randy adds, “All the water got here in two, two and a half hours.  It was all the way up to here; almost to the road.”

It was three-feet deep inside their home when Randy went in Friday night to get Becky’s medicine.  Randy noted that that was already on top of a basement full of water.  Our refrigerator and washing machine were turned over floating, but the three TVs were saved because they were up just high enough.

Randy and Becky have had two life changing events in their lives in less than a year.  Their other son, Anthony, died suddenly on June 25 and then this unimaginable flood. 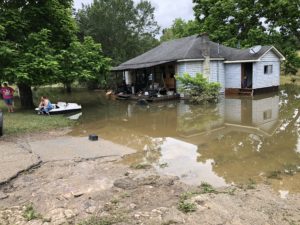 This is how it looked around the Jones home lunch time on Sunday compared to the very top photo from Saturday morning.  That’s the little boat on the left.

The Jones family has seen some water pond around their home before but nothing like this in their 12-years there.  Randy had tried to get flood insurance but it wasn’t available.

Randy thinks they may get some assistance from Tennessee Baptist Relief.   In the meantime, he’s planning to use some of his vacation days at his job with Rogers Group so he can begin the clean up process.  If you would like to help the Jones family, please call Randy at 423.907.2513. 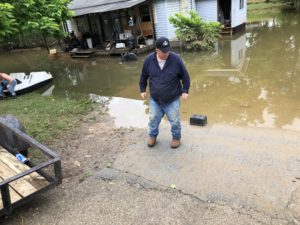 The Jones’ lake home is slowly losing its water.  Randy marks the decline about once an hour with that black plastic box.