JACKSBORO, TN (WLAF) – The boy from Bearwallow who loved to play hooky and run the mountain side left us this week.  Jim Shetterly will be remembered for more than trying to elude the truancy officer. He will be remembered for serving his country during the Vietnam War, volunteering for a lifetime with the La Follette Rescue Squad and being a wonderful papaw to nine grandchildren.

TOP PHOTO:  Jim never was much of a cap man until a friend gave him this Vietnam Veteran cap that he wore proudly. 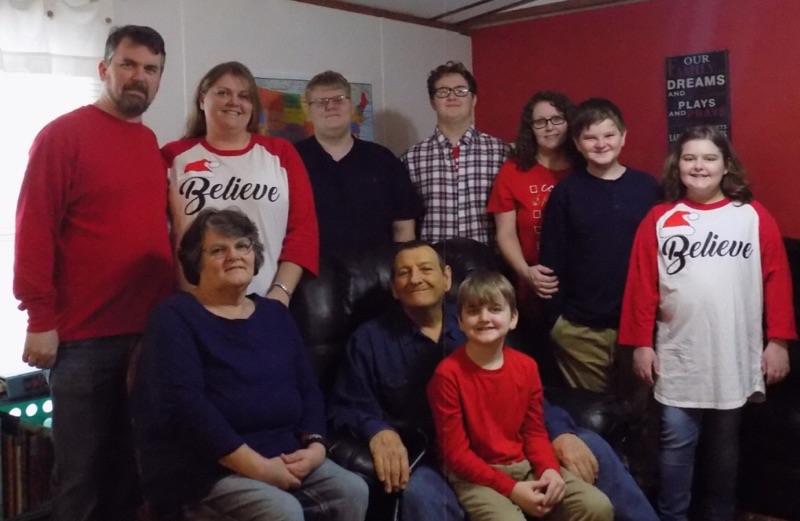 Family man Jim Shetterly was so especially proud of his grandchildren.

He married the girl who stole his heart in the late 1960s and shipped off to Vietnam a year later. The former Vicky Stooksbury and Shetterly started their family after he finished his enlisted commitment to the US Army. Sadly, he left Vicky just a few weeks shy of their July 30 golden wedding anniversary.

Shetterly’s life of service, aside from his nearly 40-year career with the Tennessee Department of Transportation (TDOT), included being a founding member of Campbell Outdoor Recreation Association (CORA) as well as loving and serving his church. He also loved to pick a little bass guitar with the Eagle Mountain Band and the Silver Clouds.

“Jim loved the outdoors! We used to load up Ronnie Carroll, Tony Brown, Jim’s brother Steve and son Jason and me and head to Chuck Swan Wildlife Management Area across Norris Lake each year and deer hunt. We’d go over on a Thursday and stay until Sunday,” Bill Seiber, one of Shetterly’s many friends, immediately said. 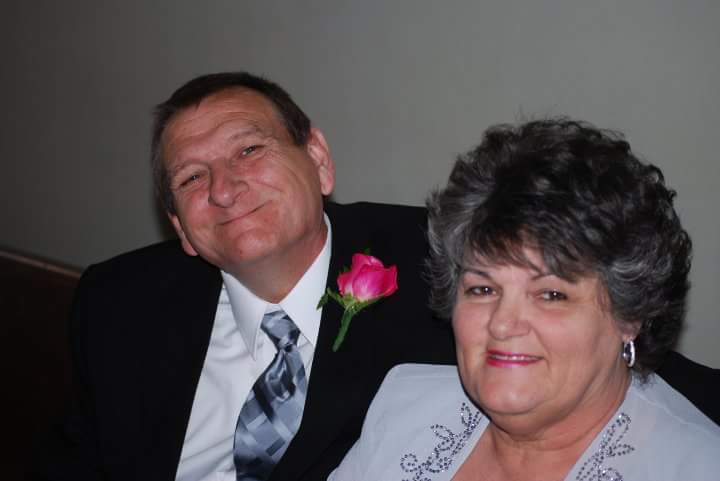 It was 1968 when Jim met his one true love, Vicky Stooksbury Shetterly.

Seiber pulled off a great prank on Shetterly and one of his TDOT co-workers, Perry Vinsant. Charles Vincent was a big time turkey hunter and also a CORA member. Seiber ran a very legitimate reading article that ran in the newspaper detailing how Charles was giving Jim and Perry turkey hunting lessons. He said it just “killed them” when they read it.

CLICK HERE for a fun trip down memory lane. Jim wrote a funny story for the premier edition of the CORA newsletter in April 1993. You’ll find it on page two. 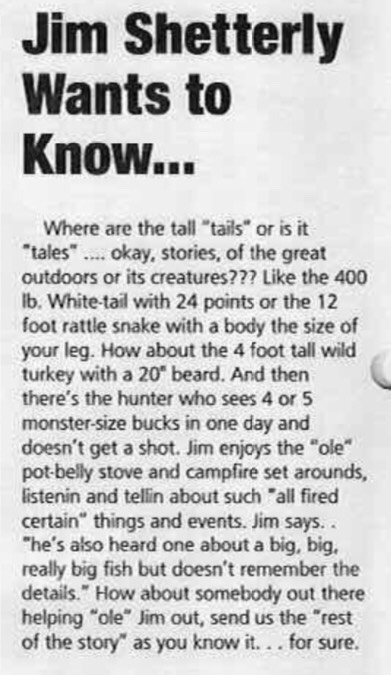 “He was a great guy,” Seiber added – Jim never wanted to hurt anybody’s feelings. That’s why there will not be a minister preaching Jim’s funeral tonight. “Dad didn’t want to hurt any of his preacher friends feelings by choosing just one to speak tonight. So, there won’t be any sermons,” son Jason said.