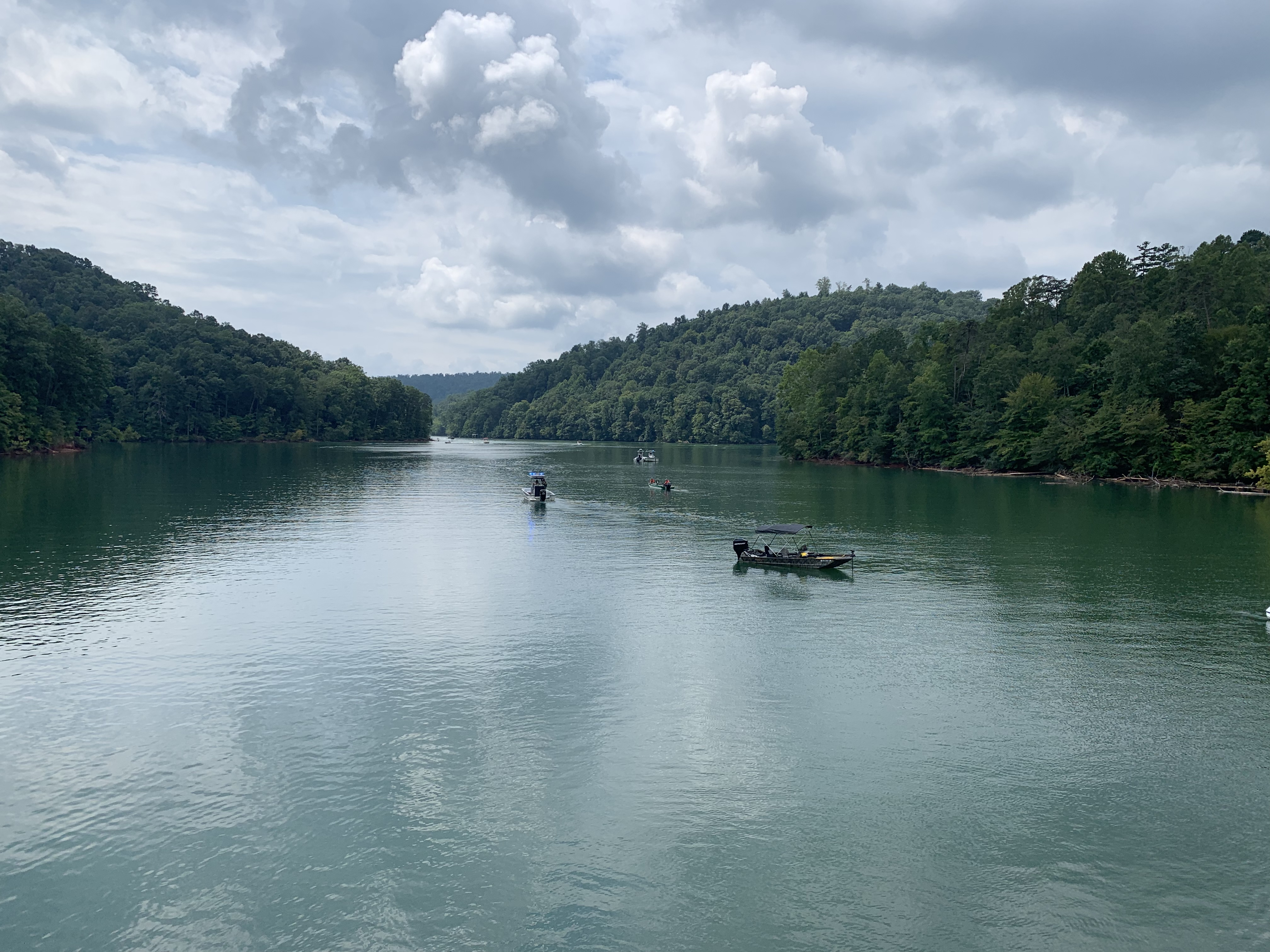 LAFOLLETTE, TN (WLAF) -The grueling effort to recover the body of a young Ohio man from Norris Lake continues 24-hours after he went under the water and never resurfaced.     First Responders and other volunteers first began arriving on the scene to look for the 24-year old man around 3:30 pm on Friday afternoon.  Within a couple of hours, it was believed his body had been found, but not so.  Recovery efforts continued until 2:30 am on Saturday morning and started right back up at 9 am Saturday morning continuing this afternoon with hopes of bringing closure to the tragic situation.

Multiple agencies, with additional resources on the way, have yet to locate the body as they rotate people off and on the boats out of the unforgiving heat.  Two boats have been dedicated just to maintain a no wake zone and keep other boats from coming into the recovery area, because it’s the height of the summer season, and there are boats galore.

Sonar and dragging efforts have been in areas from 35 to 70-feet deep near the Cedar Creek Bridge, and there have been some jagged areas and smooth areas.  “Typical Norris Lake” one volunteer added.  Being near the bridge, they’ve run into debris ranging from fencing to tires.

According to one official, it has been difficult to pinpoint the exact area where the man went under.  They’ve relied on the friends and other witnesses memories plus photos and videos taken right before the victim fell into the lake.  It was reported by friends that he attempted to jump from the boat to a slide, hit his head, fell into the water and never resurfaced.

Assistant Fire Chief Daniel Lawson with the Campbell County Rural Fire Service said, “This has been a real challenge compared to finding the bodies of the last two drowning victims on Norris Lake.  They  were located in less than fifteen minutes.”

The victim, believed to be from the Cincinnati area, was on the boat with a large group of friends.  His family is here now. (WLAF NEWS PUBLISHED – 08/10/2019-3PM-PHOTO COURTESY OF CCRFS ASSISTANT CHIEF DANIEL LAWSON)