Hack’s three daughters were on hand at WLAF to honor their father; Traci Dower, Codi Provins and Debra Nelson Lawson. 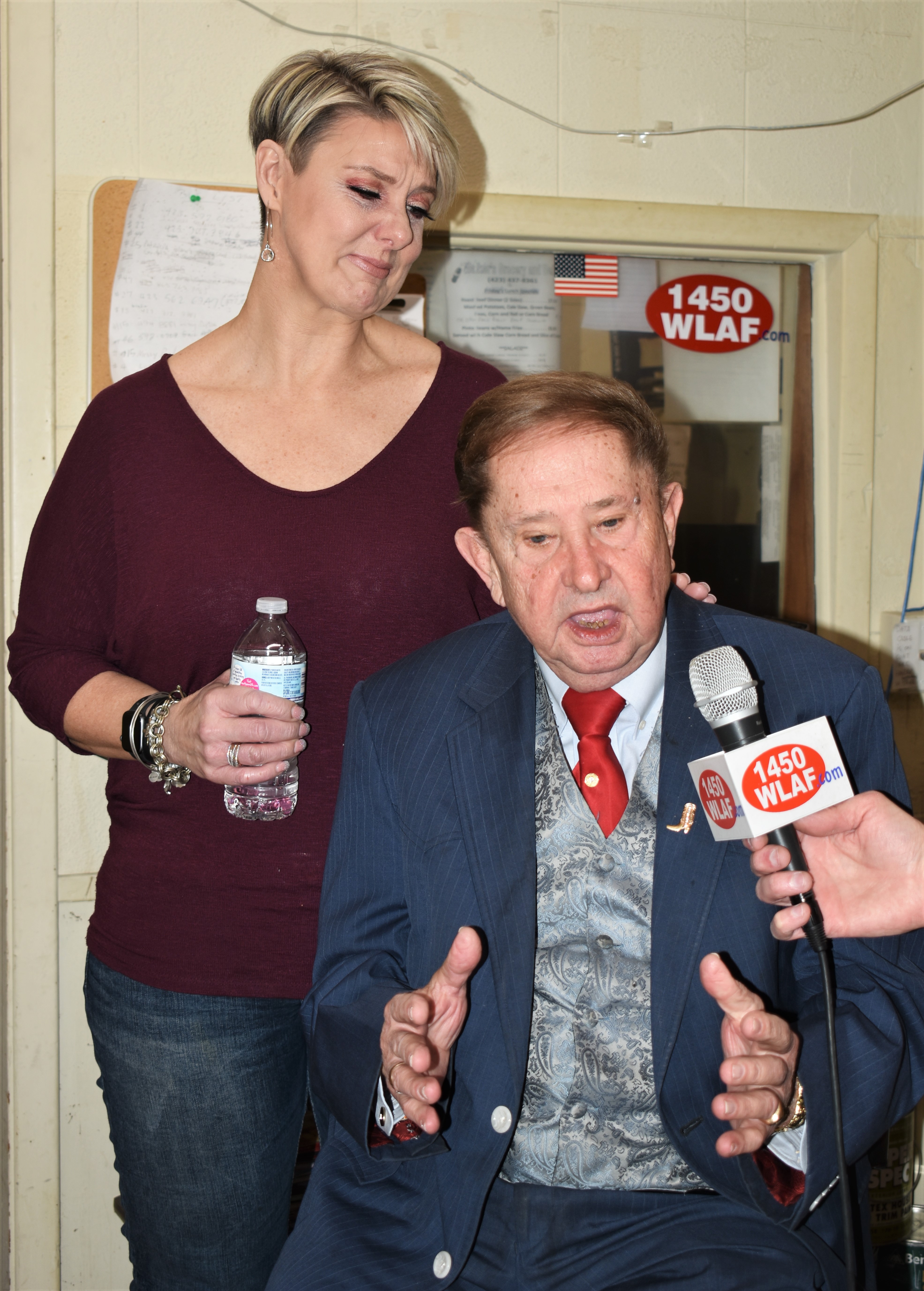 Family, friends, business partners and others joined in either in person in the WLAF studio or by telephone.  Charles Lingerfelt called in from Dallas to share his memories of Hack.

Ayers had a connection to WLAF nearly from its inception.  It was in the spring of 1953 when a 17-year -old Hack Ayers used his tractor to dig the trench line for the cables to run from the tower to the studios in the Fleet Building.  Since that time, Ayers had been either on the air as a sponsor or guest or both.  “He was just a part of the WLAF family and always listened and encouraged us,” said WLAF owner Bill Waddell.

Charlie Davis stole the show with his comments about Hack.  Davis said, “Not a lot of people knew that Hack owned the Hampton Inn, and he loved to eat breakfast there.  Hack, being Hack, would clean tables, get coffee for guests and such.  One couple was overheard discussing whether or not to leave a tip for the elderly gentleman.”  On occasion, Hack would be asked by a guest if he owned the Hampton.  Davis said his response would be, “I’ve been told that.”

“Though I did not know him personally, I have heard of him, and I understand the impact his passing has had on  this community.  I am sorry for the family and community’s loss,” Gov. Bill Lee said of Ayer’s death.