The WLAF – Hammrtech Hot Line
The annual Egg Bowl for Jacksboro and La Follette is Tuesday at 7pm on Reynolds Field...-...

TOP PHOTO:  This is how the scoreboard read as Campbell County (Oak Ridge on the scoreboard) defeated Anderson in OT to claim the 2012 district title. 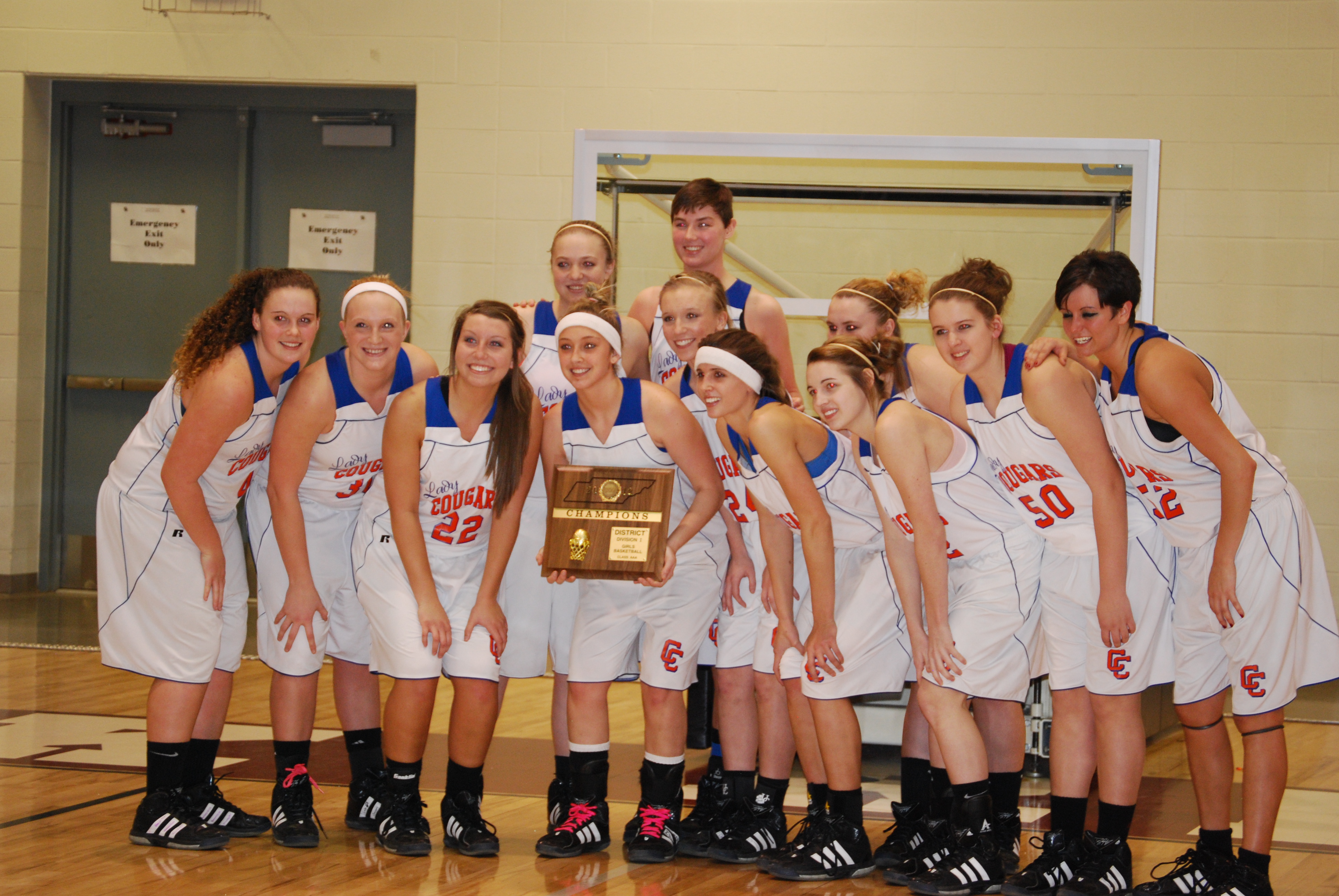 “We are the champions!”  The 2011-2012 District 3-AAA regular season and tourney champs are the CCHS Lady Cougars.

JACKSBORO, TN (WLAF) – The 2011-12 District 3 Girls Basketball Champions will be honored in a Jan. 21 ceremony at Brown Gym during the half time of the boy’s game. During the ceremony, the championship banner will be hung.    The Campbell County Lady Cougars claimed the district’s regular season and tournament championships. Ryan Browning was the coach at that time. Currently he serves as the assistant coach. According to Browning, the girl’s played one heck of a game that night of the tournament championship on Prudden Court at Oak Ridge.

“They were a very talented crew who worked hard to make that win,” Browning said. He said that particular team was a “great mix of talent.”

“They were successful because it was a different mix of girls; we had good ballers, good shooters, a real good mix of different style players,” Browning said, adding that the district championship win had been the “one big goal of the year.” 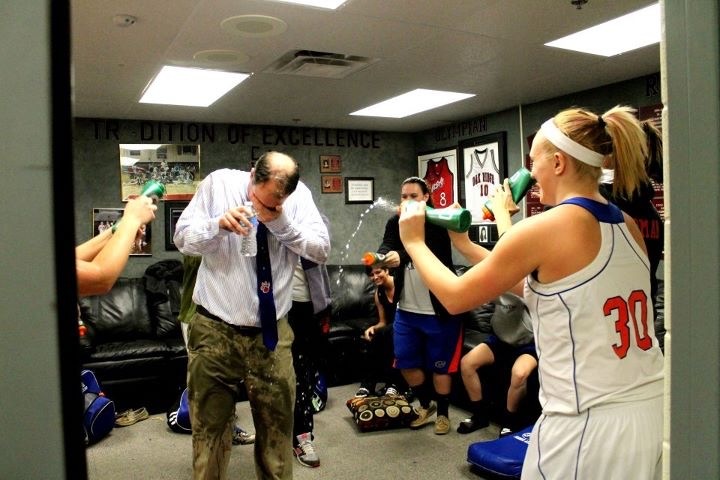 No Gatorade bath for Browning but water from Gatorade bottles as CCHS celebrated in Feb. 2012 at Oak Ridge.

The Lady Cougars played Anderson County for the big win with quite the dramatic overtime finish. The Cougars had only lost one game on the road in district and that was to Anderson County. According to Browning, the team was ready for the game, and it showed.

“Anderson County had sent it into overtime, but Campbell County hit some free throws and did good in overtime to lock down the victory,” Browning said.

He said the amount of effort the 2012 team put into that season was amazing.

“They spent a lot of time in the gym and the hard work showed and paid off.”

Coach Browning said he appreciated all the time and hard work the players and their parents put in during the season. He also wanted to say thanks to Coach Brad Honeycutt for putting the honor ceremony together.

Members of that title team were