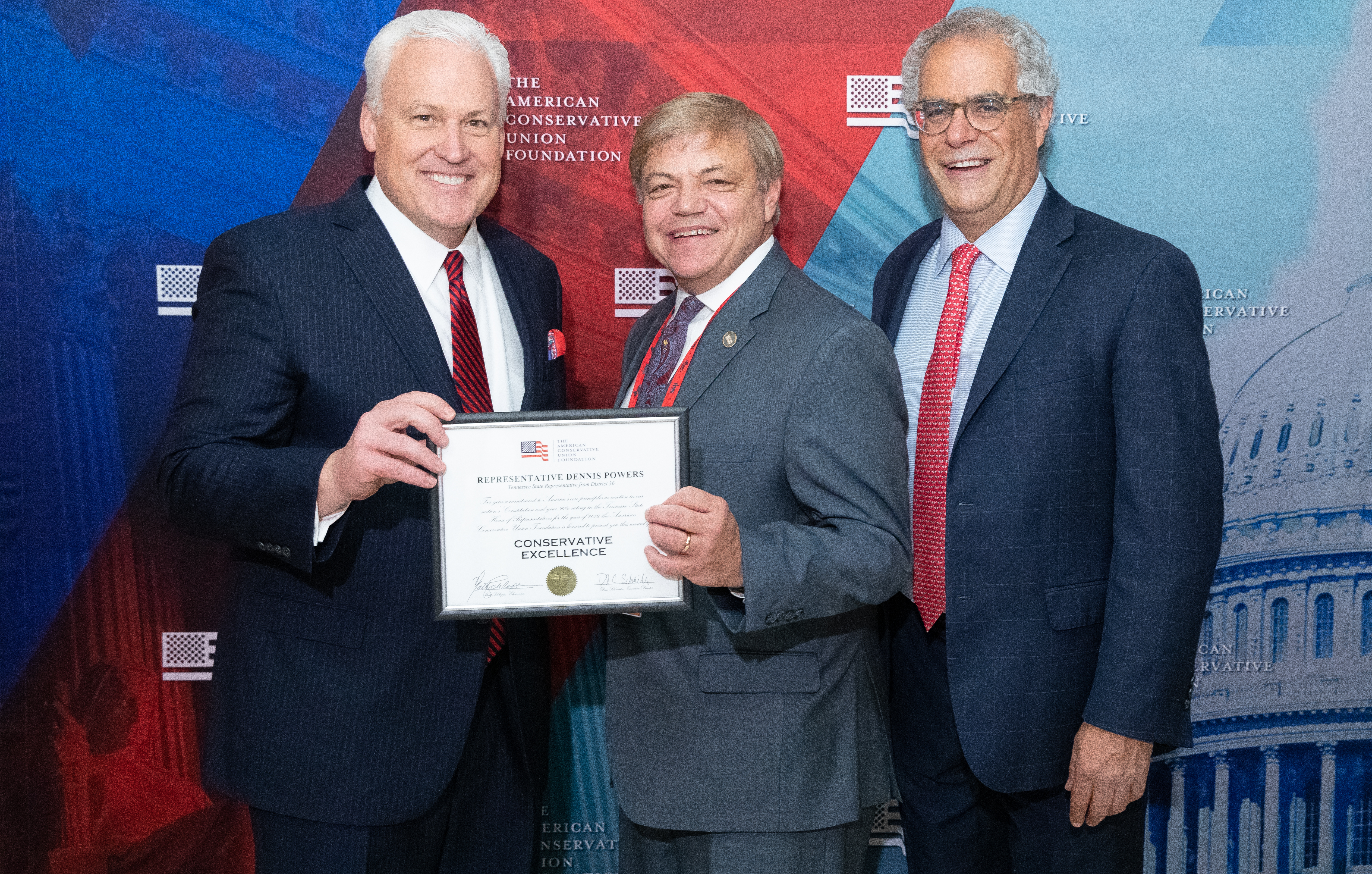 NASHVILLE, TN (WLAF) – For the first time, conservative members of state legislatures from around the country were invited to the Conservative Political Action Conference (CPAC) to accept their award for either conservative achievement or conservative excellence, depending on the score they received from the American Conservative Union Foundation (ACUF), the host of CPAC.  Over three dozen made the trip to Washington from as far away as Montana.

Representative Dennis Powers of Jacksboro, Tennessee called the ACUF ratings for Tennessee “very helpful” in recruiting conservative candidates and “helps us evaluate the legislative leadership.  Powers, with a rating of 96% for 2019 was handed the award for Conservative Excellence and a photo with ACU Chairman Matt Schlapp.  He said that coming to CPAC was something he always wanted to do, but hadn’t done until contacted about the awards presentation.  Tennessee Senator Rusty Crowe of Johnson City also made the trip.

In addition to the individual awards, Tennessee has been recognized by ACUF as the most conservative legislature in the country for three years running. (WLAF NEWS PUBLISHED – 03/16/2020-3PM)