TOP PHOTO:  The van was reported to be westbound when it went out of control.  (PHOTO COURTESY OF TEMA DIRECTOR JAY MUNCY) 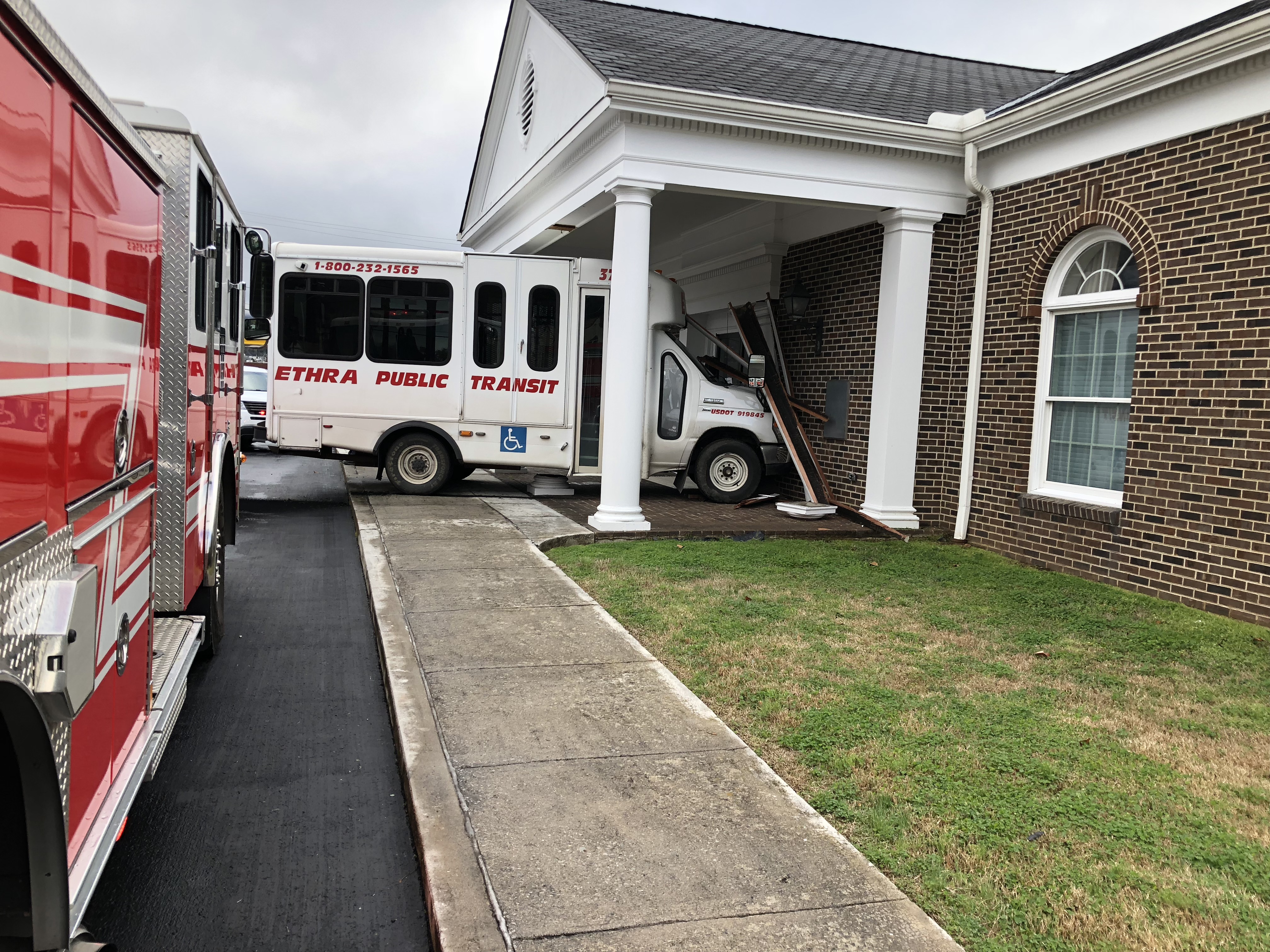 LAFOLLETTE, TN (WLAF) – One person was injured in a morning crash on West Central Avenue in La Follette just after 9:30 am according to reports. 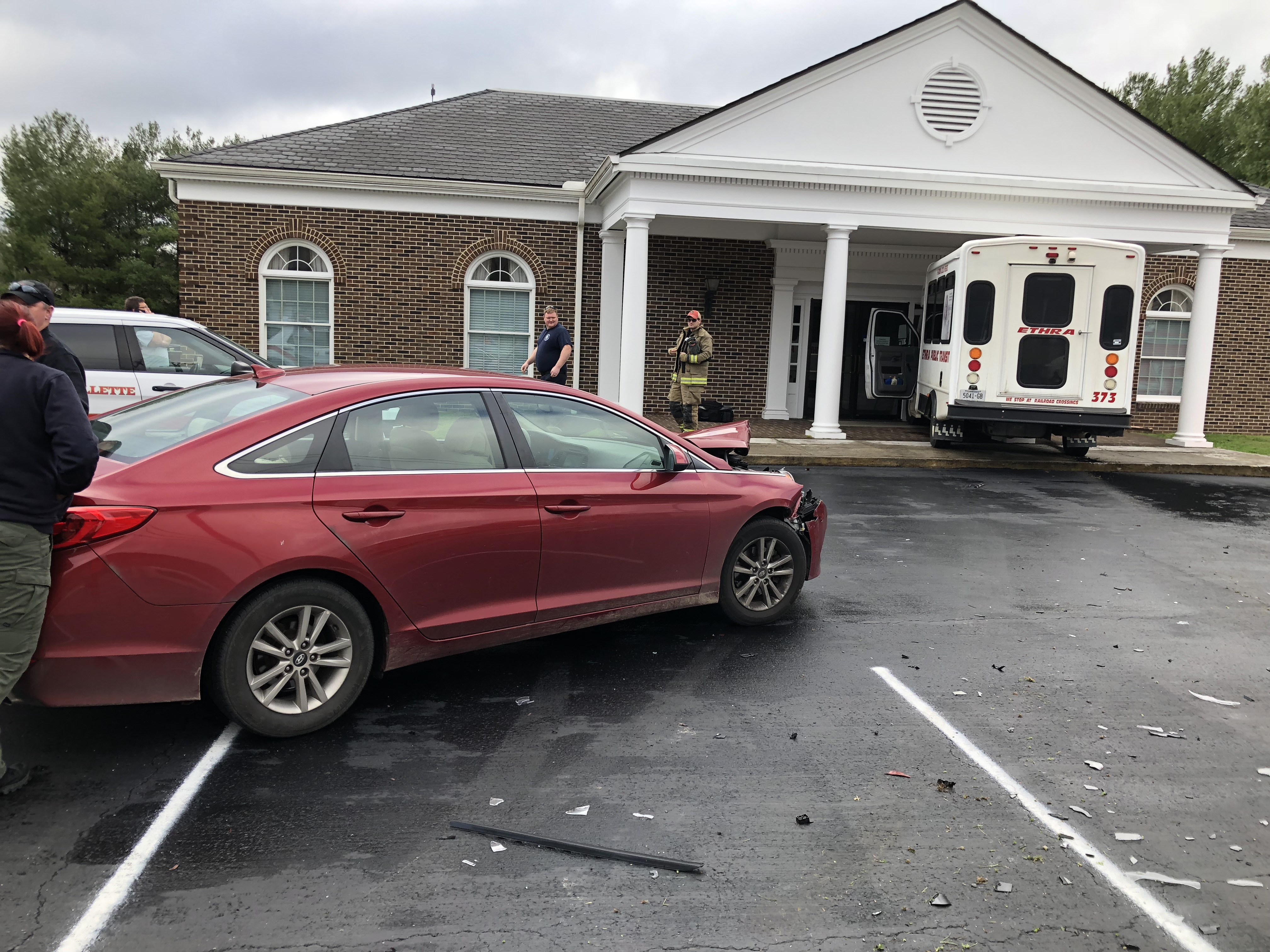 One official told WLAF that the van came across the four lane as it headed toward Jacksboro, hit this parked car and landed inside the old bank building.  In the process, one of the building’s columns was taken out.

The building that was struck by the van sits between the Main Street Shell and the First Baptist Church of La Follette. 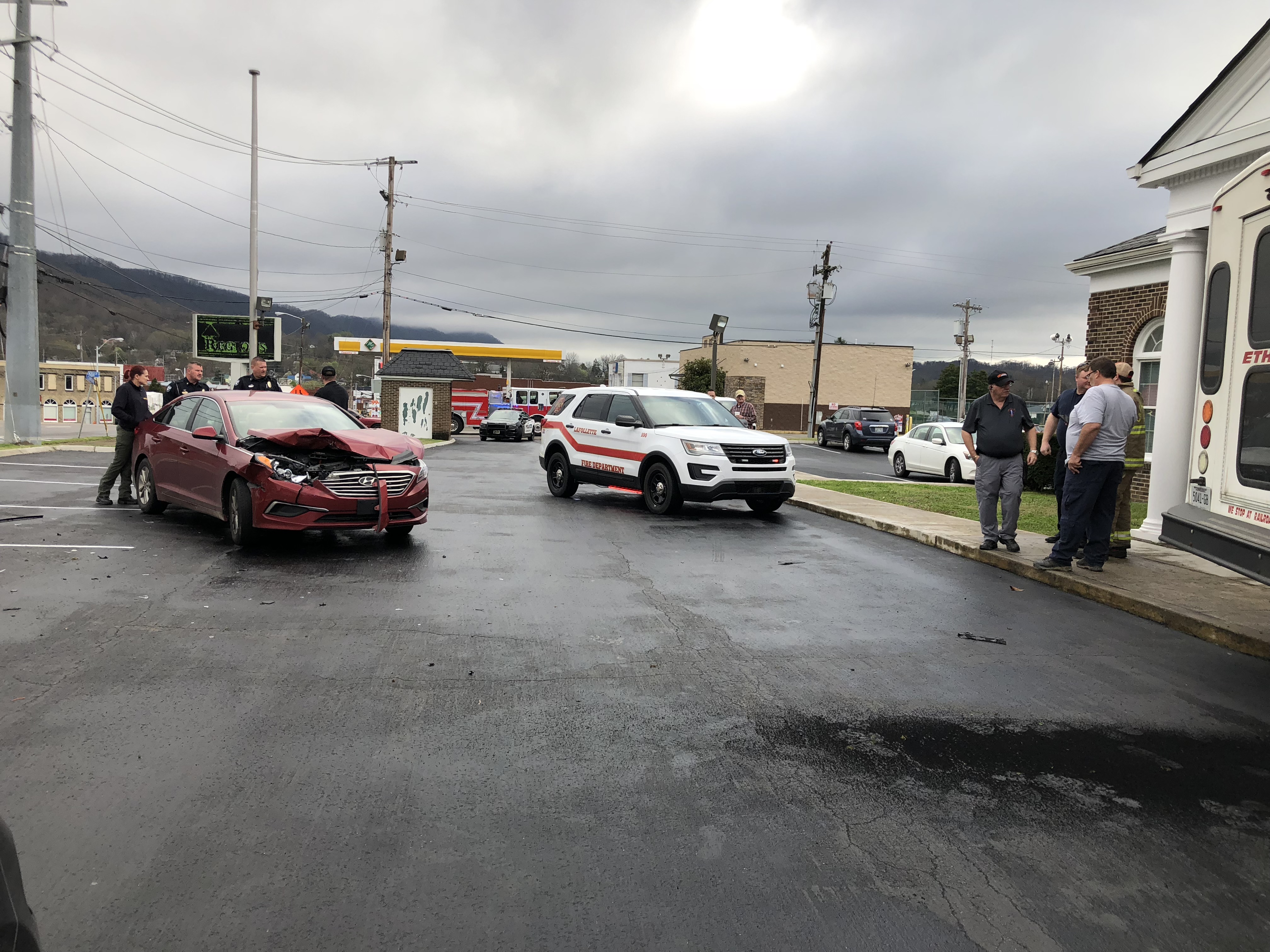 Reports are that the driver of the ETHRA van possibly suffered a seizure, passed out and lost control of the vehicle. 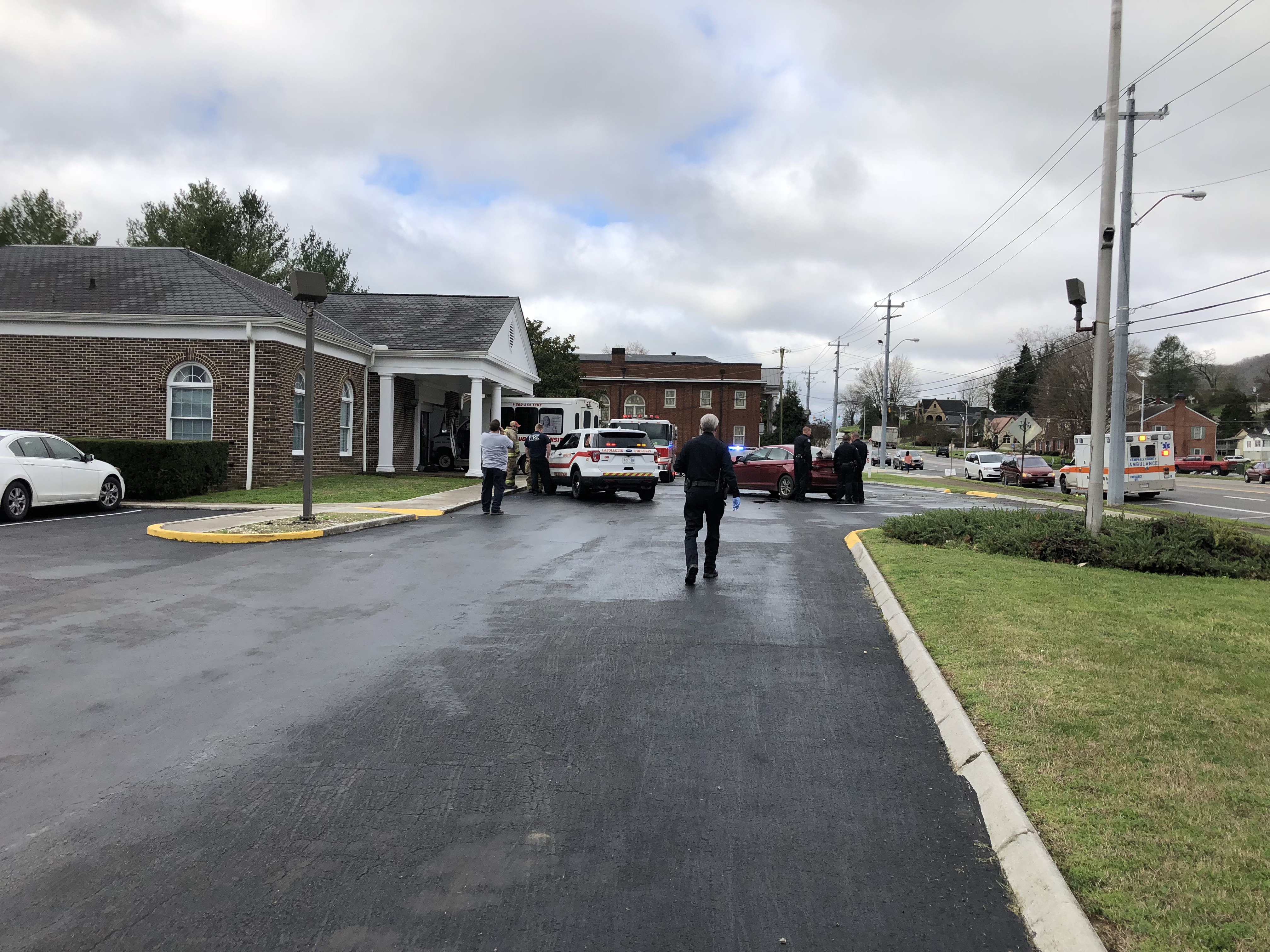 La Follette Police Officer Darryl Chapman, the investigating officer, prepares to file his report as he walks back toward the accident scene.