TOP PHOTO:  WLAF’s Charlie Hutson was on hand when the first traffic began coming through the new pattern in Downtown La Follette as work changes up on the Central Avenue Bridge. 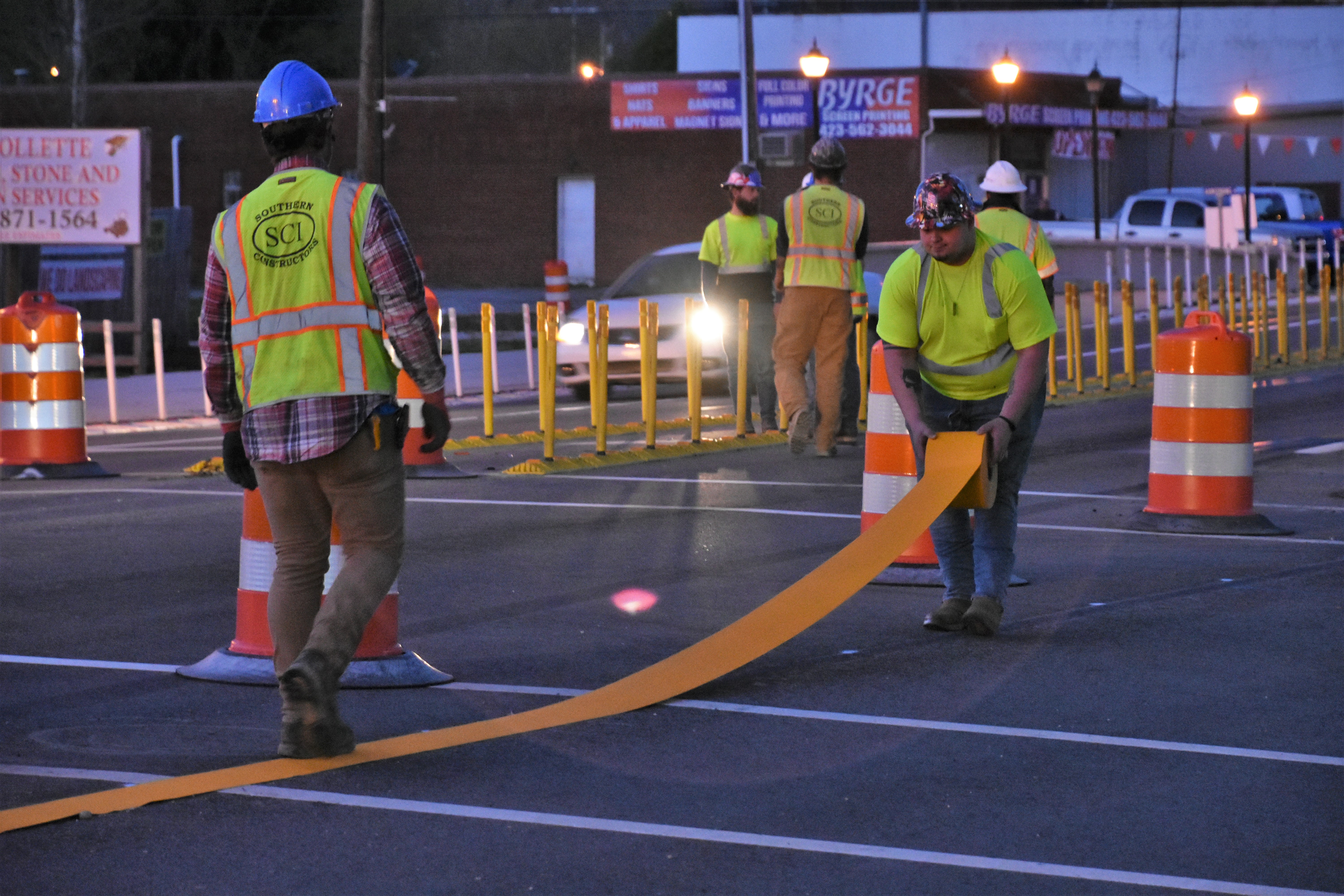 Crews with SCI (Southern Constructors, Incorporated) took advantage of a break from the rain as they made the traffic pattern switch Wednesday evening.

LAFOLLETTE, TN (WLAF) – The weather decided to cooperate, and around 6pm Wednesday, the traffic pattern change-over began.  This morning drivers will  be traveling through a new traffic pattern in Downtown La Follette as the refurbishment project on the Central Avenue Bridge continues as it switches over to the north side of the bridge. 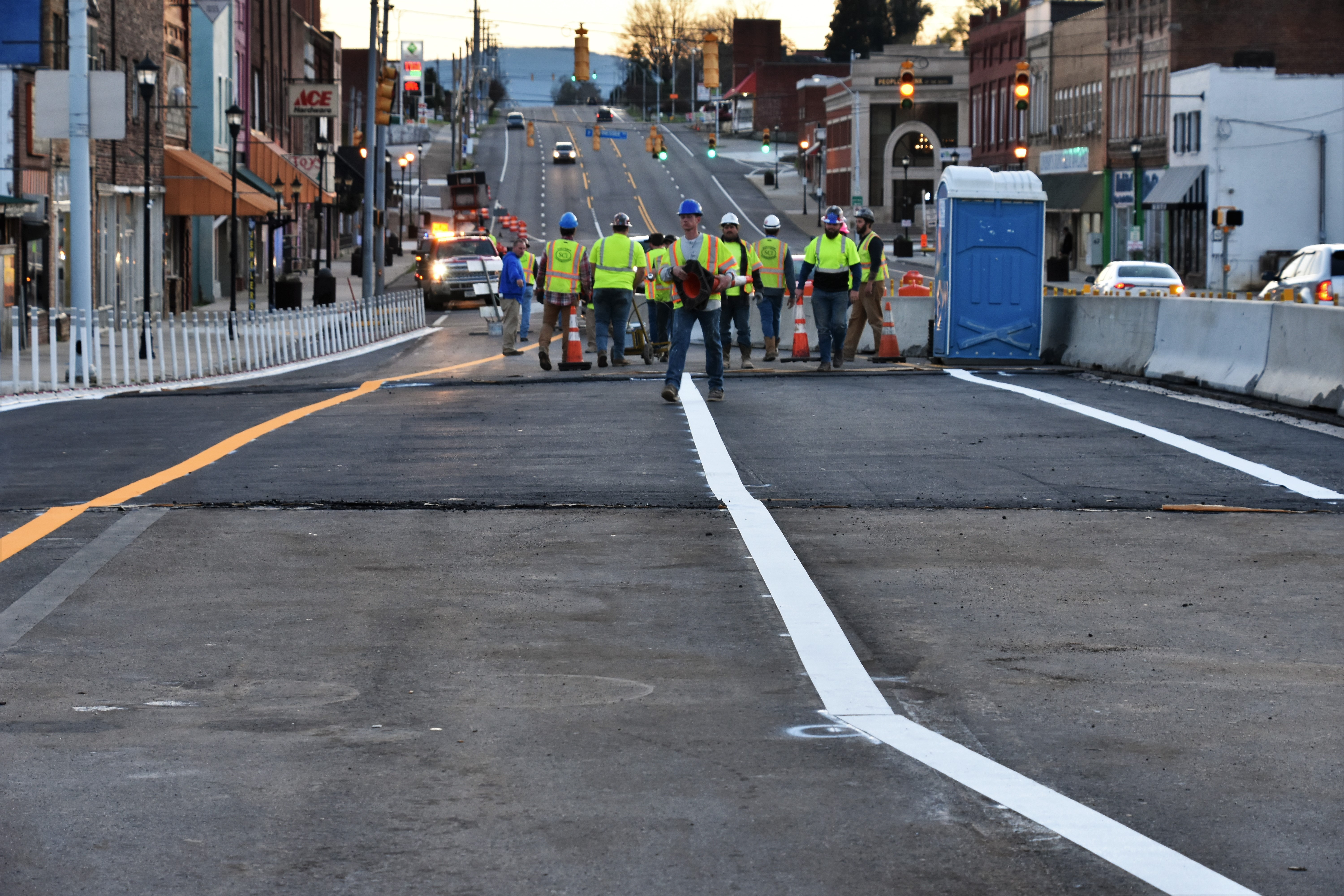 It was quite a team effort during Wednesday night’s lane shift in Downtown La Follette.

A lot goes on to make this happen as barrels and cones have to be shifted, concrete barriers moved, new lines put down and some cover up like crosswalk lines. Then the vertical line markers are unbolted and moved and bolted into the asphalt to mark the new pattern. Laying down new white lines included the covering up of white lines that will no longer be used after the traffic pattern switch. Drivers will see a different look as you travel through La Follette beginning Thursday morning. It was quite a challenge for SCI crews as they hustled to pull up posts, move barrels, cover up old white lines and lay down new white lines and more on Wednesday night.

It was 30 guys working in sync.  As one of them said, “We doin’ the dance.”  That’s because all the while, traffic was zipping by in both directions.(WLAF NEWS PUBLISHED – 03/26/2020-6AM-PHOTOS COURTESY OF WLAF’S CHARLIE HUTSON)