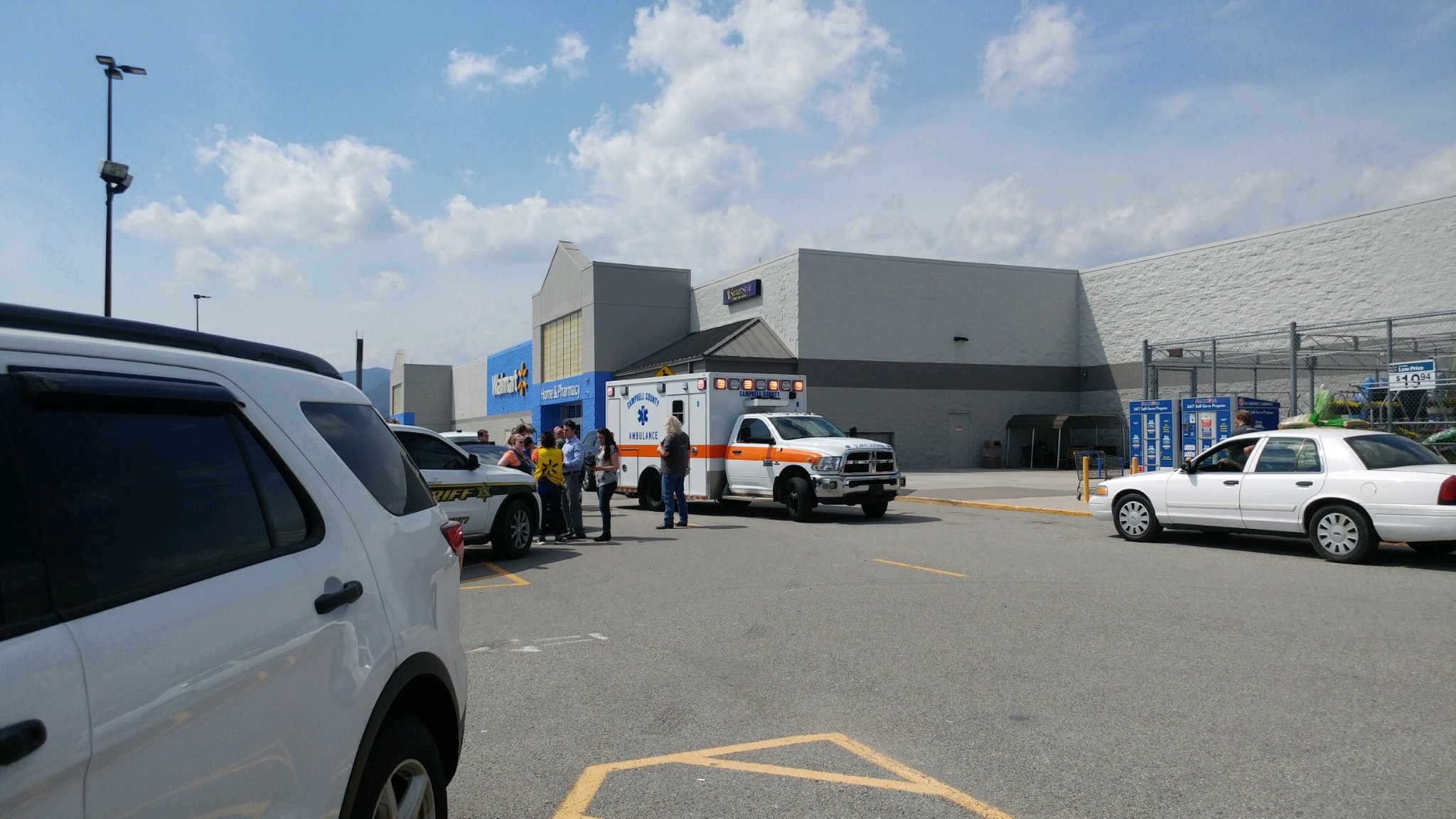 A child was struck by a car in the Walmart parking lot at Jacksboro.

JACKSBORO, TN (WLAF) –  A two-year- old boy died this afternoon from injuries sustained after being hit by a car.

Reports coming in to WLAF are the child ran into the Walmart parking lot near the lawn and garden area and was struck by a car.

First responders were planning to fly the child out on a helicopter from Jacksboro Middle School, but the child died before he was able to be transported, reports said.

JACKSBORO, TN (WLAF) – A child was hit by a car according to reports coming in to WLAF.

Right at 2 pm Friday afternoon a child was struck by a car in the Walmart parking lot.  The initial report is that the child was struck in the area around the store’s lawn and garden section.

A medical helicopter was planning to land at the Jacksboro Middle School to fly the child to a Knoxville hospital.  Instead, the child will be taken to the La Follette Medical Center according to reports from the scene.  (WLAF NEWS PUBLISHED – 03/27/2020-2:05PM-UPDATED 2:20PM)