Leukemia survivor Billy White says “thank you” to the community for support.

JACKSBORO, TN (WLAF) – Campbell County Sheriff’s deputy Billy White recently returned back to work after a year long battle with cancer.   March 3 was his first official day back on the job. He said he wanted to say a “huge thank you to the community for all their help and support” during that time.  “The community raised around $10,000 to help with my medical bills, and I can’t thank everyone enough. It’s great to be back at work, to be able to give back after they have given me so much,” White said.

White has been in law enforcement for five years, three of which have been at the sheriff’s department. Returning to his career in law enforcement is one of the main things that kept his spirits up while battling cancer. He’s been back on the job for about three weeks and said “it was the best feeling ever.”  “Getting back into the seat of that patrol car is what I kept my eyes on the whole year,” White said.

The 29-year old Campbell County native was diagnosed with Acute Leukemia on Jan. 16 of last year. He said he would never forget that day. It was actually a trip to the chiropractor that clued him in to just how sick he was. White had been feeling bad for about a month. He was about to make a professional boxing debut, but his hips were hurting so bad he was struggling to walk. He went to the chiropractor and had X-rays done, which showed several discs were swollen. The chiropractor also suggested he have blood work done. He said shortly after that he had a bad day at the gym. “I struggled to get through a workout and I knew something was wrong,” White said.

He went to have the blood work done. At the time, White had a fever of 105. After taking his blood, the nurse practitioner came back and told him she thought he had leukemia and that he had to go to the hospital immediately. “I went to Oak Ridge and took it from there; we found out it was treatable because I was young and healthy,” White said. 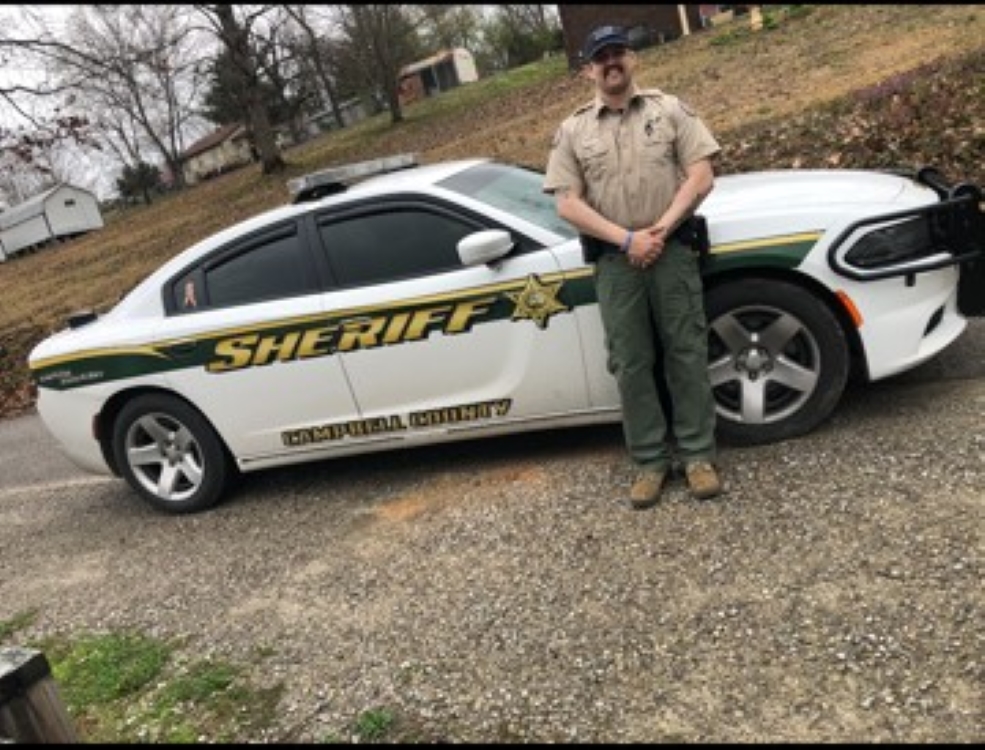 After battling cancer for more than a year, sheriff’s deputy Billy White is back on patrol.

He began chemo therapy immediately, going through three doses of what “they call the red devil and two rounds of induction chemo.” After the second induction round of chemo he was cancer free, but that was just the beginning. “The type of cancer I had, the chemo alone wouldn’t treat it.  I needed a bone marrow transplant,” White said. They began looking for a donor, but none of his family was a match. White said he feels blessed by how quickly a donor was found on the national database. “That’s a process that can take months and months, but when they put my information in they found four donors within days,” White said.

After the intense medical procedure of the bone marrow transplant, White began chemo all over again. He had to go through transplant chemo, six grueling rounds of it and maintenance chemo. The transplant went well, with White’s body supporting the donor marrow.

Now, a little over a year later, White is cancer free. He will continue having regular checkups for the next three to five years to monitor his health. “There’s always a risk of it coming back.  I’m young and in good health, which improves my chances of it staying gone,” White said.

Still on anti rejection medicine to keep his body responding well to the bone marrow transplant, White’s immune system is slightly compromised. He said he is being extra careful during the Covid-19 outbreak.