CARYVILLE, TN (WLAF) – At the end of a drama filled service call, a Rocky top man was arrested at a home in the Cherry Bottom community late Saturday afternoon.

Neighbors told Campbell County Sheriff’s Sgt. Nathaniel Bostic that Carlos Ray Phillips had attempted to get into his son’s Cherry Bottom Road home, and that he could possibly be intoxicated.  Phillips had driven off in a red Pontiac prior to the sergeant’s arrival, according to neighbors. 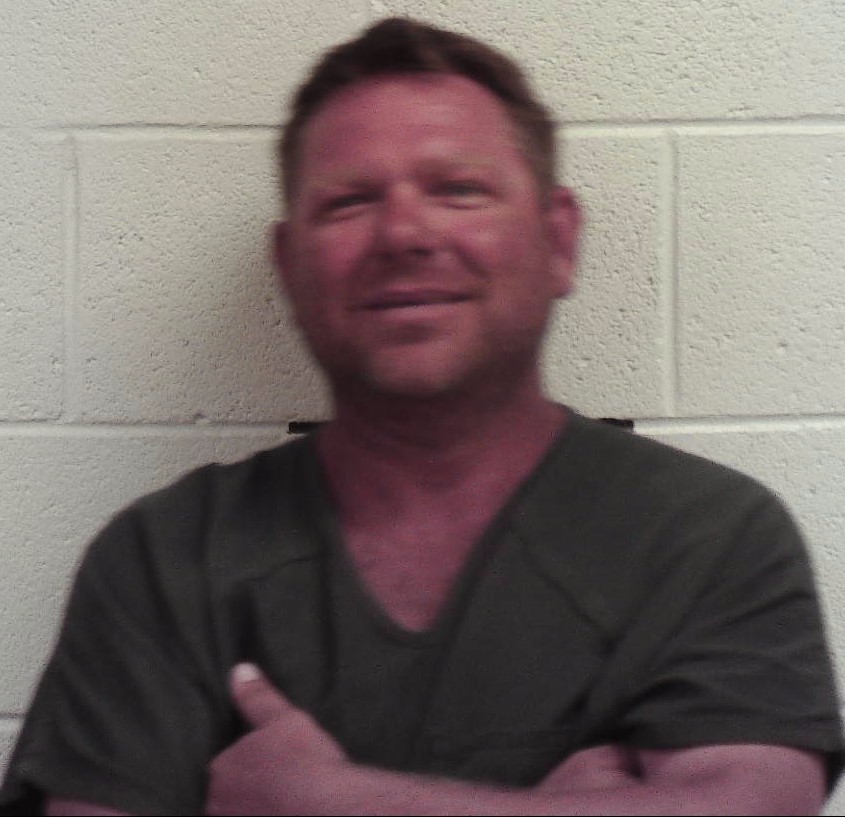 Carlos Ray Phillips, 44, of Rocky Top was arrested on Saturday afternoon for DUI.

When Bostic came in contact with Phillips he allegedly smelled  an alcoholic beverage coming from him.  Phillips allegedly admitted  he had consumed a six pack, according to the report.  Bostic later located multiple bottle caps with a Bud Light logo on them in Phillips pant’s pocket.

The report detailed that Phillips performed poorly in a field sobriety test.  As soon as Bostic placed Phillips in handcuffs, Phillips attempted to argue and continually asked why he was being arrested.  Bostic told him he was not going to argue with him, and that he was under arrest.

Bostic  said Phillips allegedly confessed his crime by saying “Sir, you’re 33-years old, and you are taking me to jail because I’m drunk.”

Deputy James McCall arrived on the scene to assist in transporting Phillips to jail and, along with Bostic, heard Phillips say as he pointed in Bostic’s direction “When I get out, I’m  going to beat the f**k out of him,” based on the arrest report.

The 44-year- old Phillips was charged with DUI (driving under the influence) and violation of the implied consent law.  Phillips bonded out of jail on Sunday and is due in court on August 25.  (WLAF NEWS PUBLISHED – 07/14/2020-6AM)