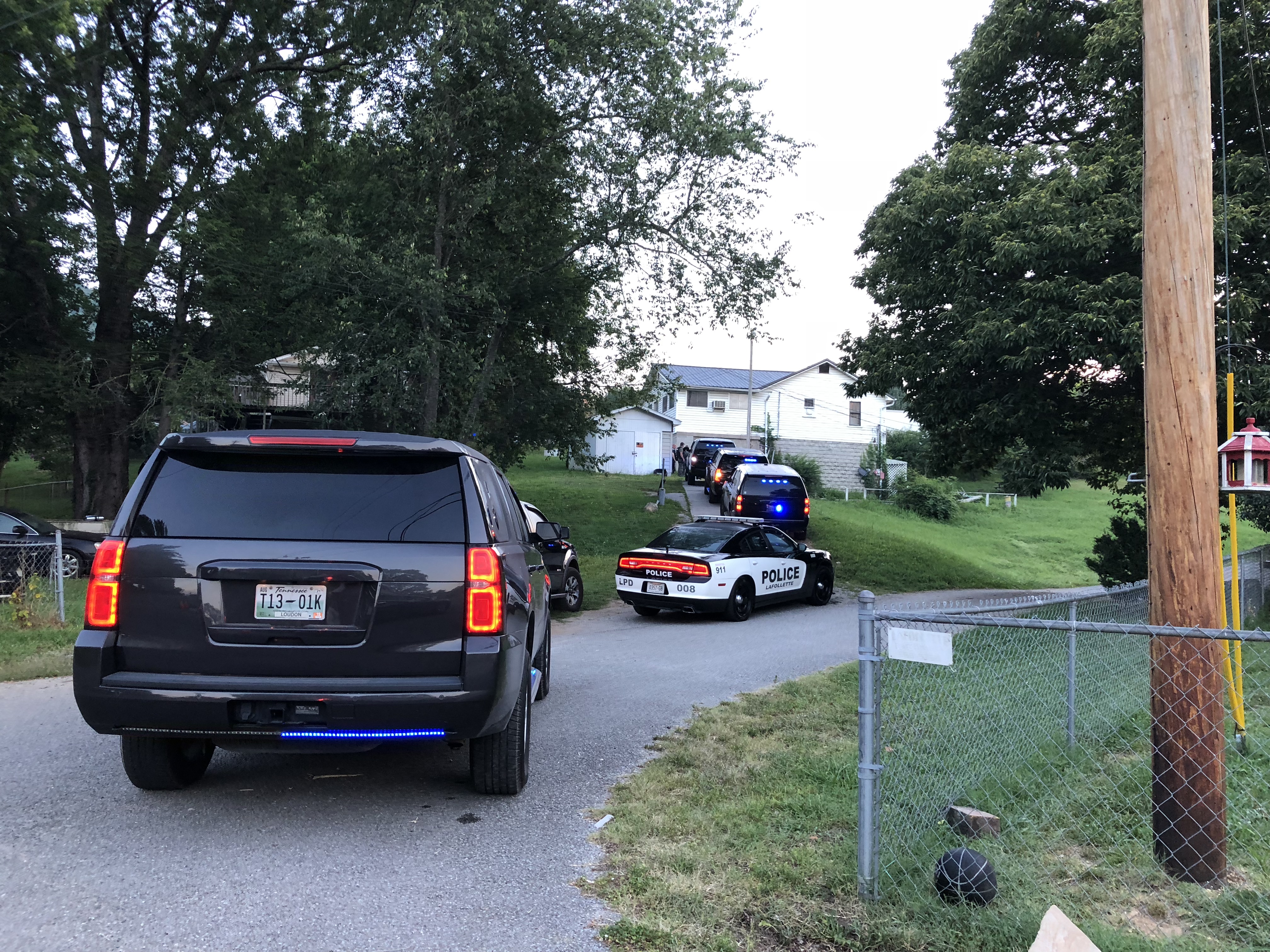 Investigators converged at the back of an East Central Avenue home just after daybreak on Friday morning. 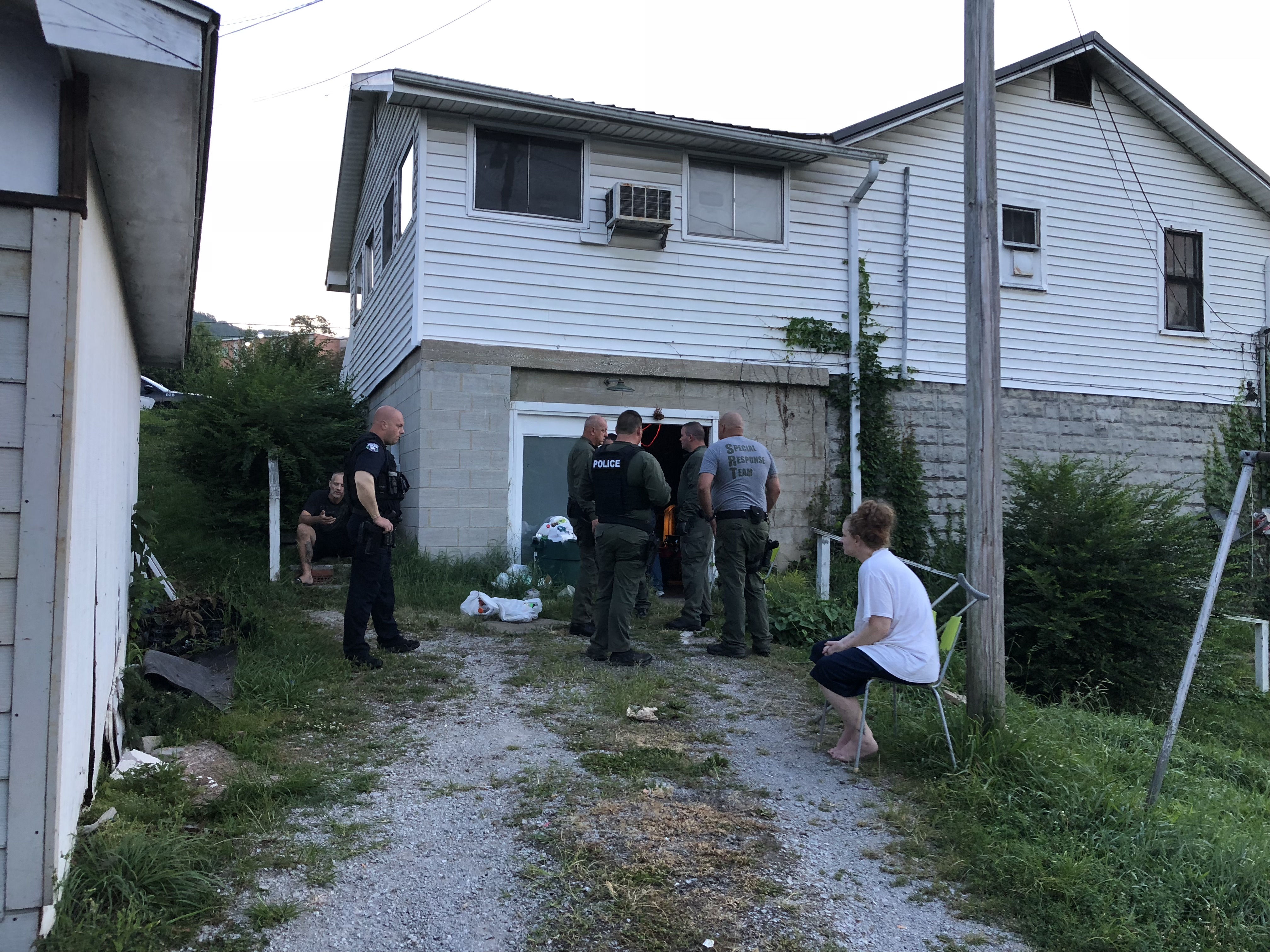 Sybil Brown, sitting in the chair, is expected to report to her probation officer this morning.

The home is located directly across East Central Avenue from the La Follette Medical Center.  The warrant was executed at the home’s basement apartment that backs up to East Ash Street. 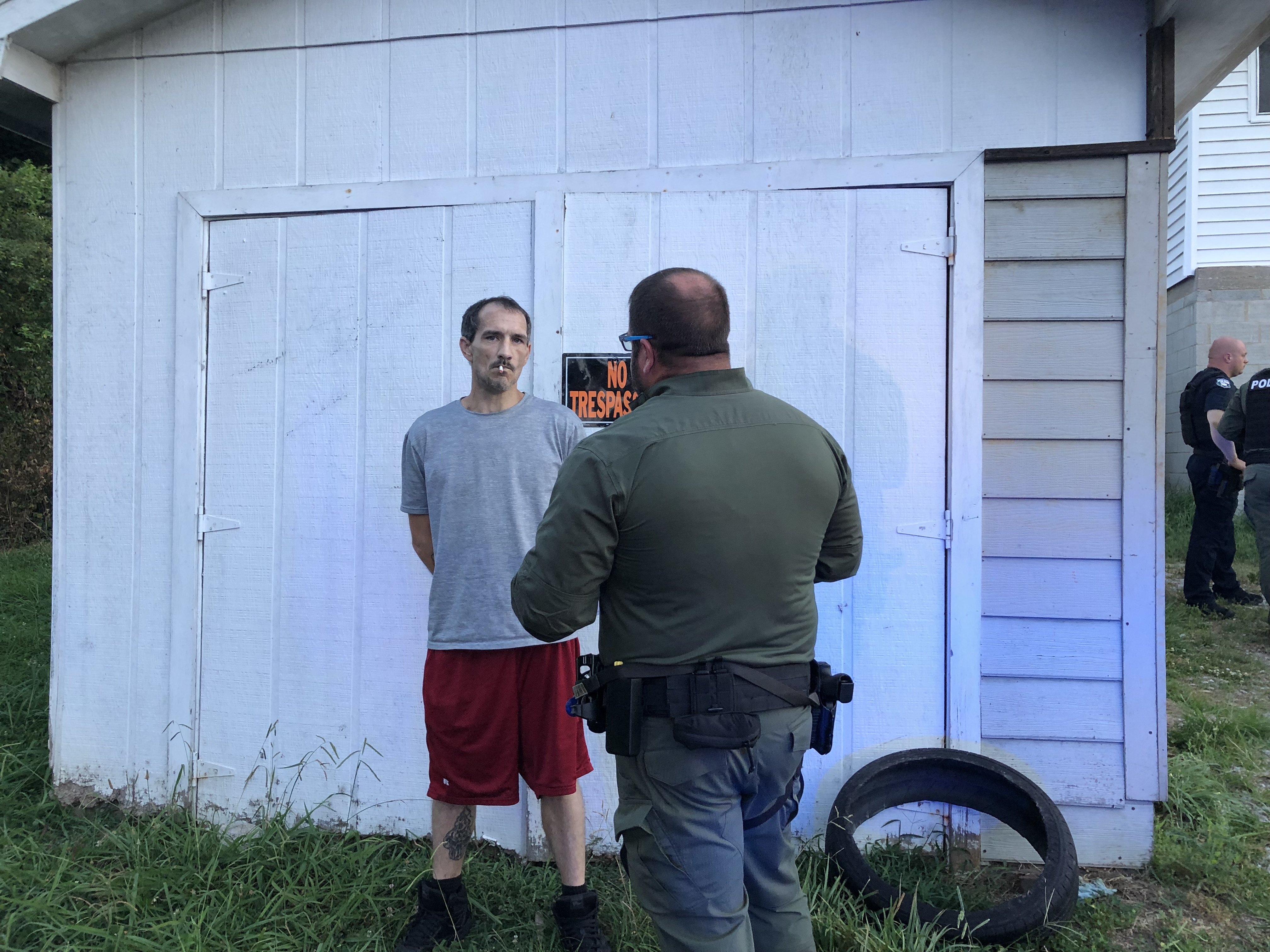 LPD and DTF Investigator Matt Forsythe read Edward Robinson his rights as Robinson was taken to the Campbell County Jail on an active warrant.

LPD Captain Stephen Wallen said, “There are three people of interest, two brothers and a woman.  We executed a meth search warrant here in March of 2018.”  The Captain added that the product allegedly being sold from the residence changed from meth to now heroin.

Wallen noted that 40 or more tires were recovered from the basement/apartment.  He said they were stolen from JR’s Tires.

“The investigation at the east side home began a few months ago,” said LPD and DTF Investigator Matt Forsythe.  The case is ongoing and charges are pending.  (WLAF NEWS PUBLISHED – 07/17/2020-7:30AM)