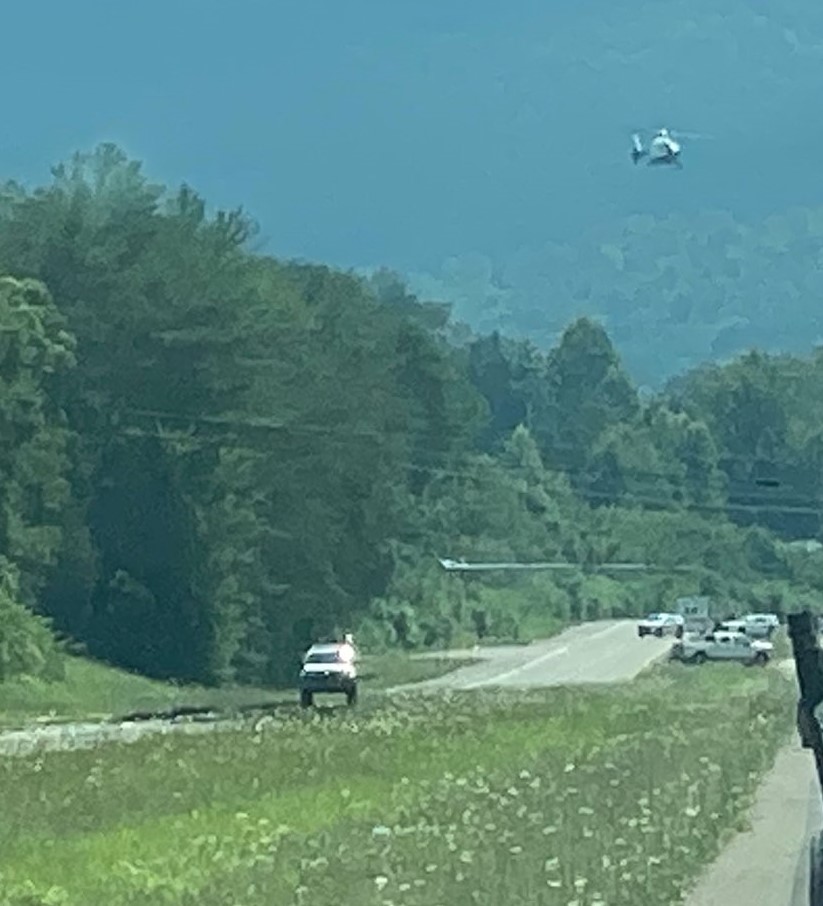 Lifestar 4 had come and gone with its patient while Lifestar 2 is preparing to land to care for its patient.  The Landing Zone for the second chopper is the same as the first, the eastbound side of the four lane at Elkins Road.

JACKSBORO, TN (WLAF) – A little after 2:30 pm on Sunday afternoon, an older model Dodge pick-up truck wrecked, flipped on its top and caught fire.  One First Responder detailed that the pick-up veered off the four lane just past the Elkins Road traffic light.  It then hit trees, traveled down an embankment and flipped on its top soon catching fire. Bystanders and officers pulled a teenage boy from the burning wreckage.  Fire crews then knocked down the fire to save the man who was driving the Dodge.  He was trapped inside and firefighters with the Caryville and Jacksboro Fire Departments popped the door to extricate him. 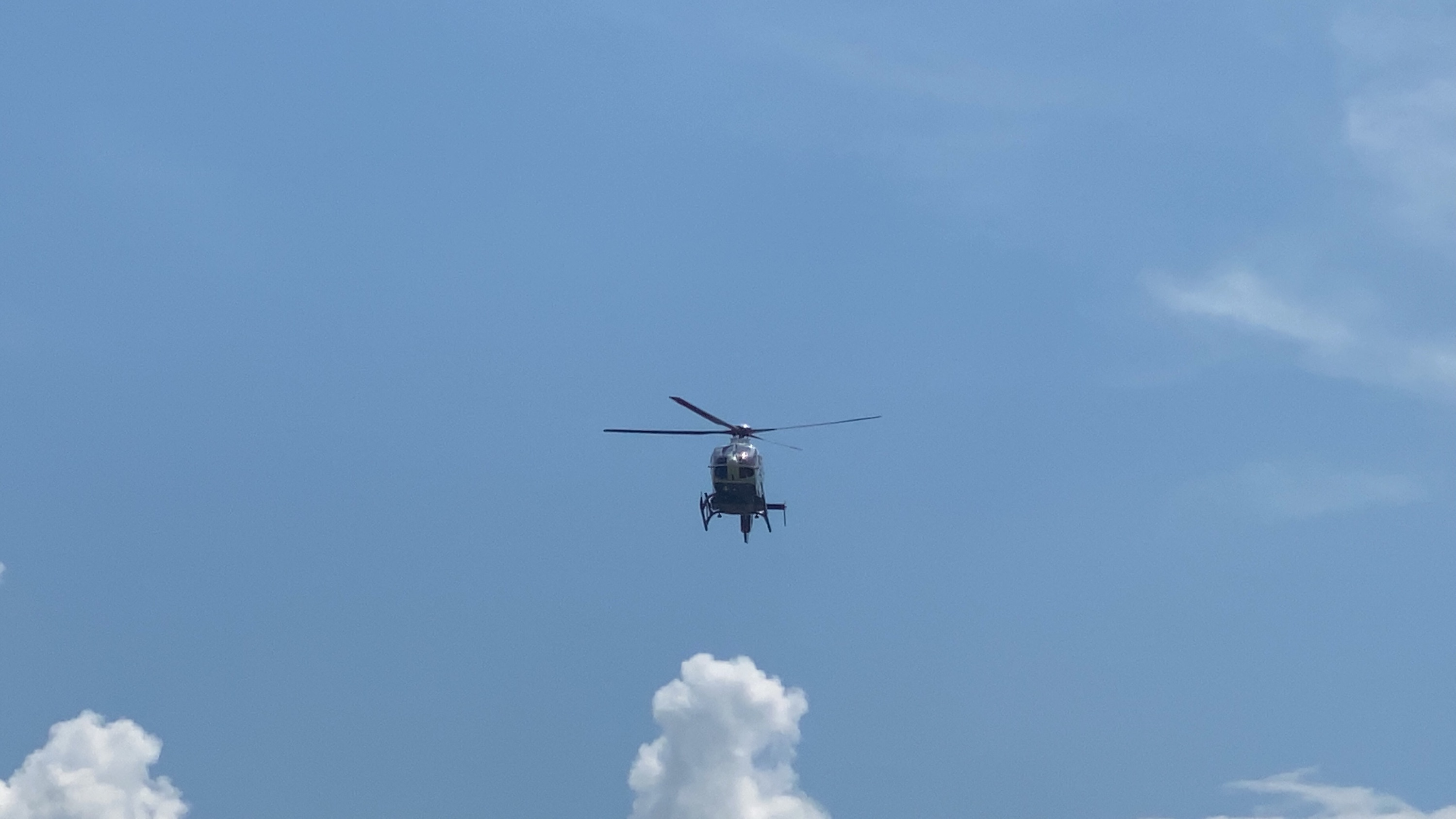 Lifestar 2 lifting off with its patient just before 3:30 pm on Sunday.

The entire four lane was shutdown for the better part of 45-minutes.  The med choppers used the eastbound lanes as a landing zone while westbound traffic was routed down Elkins Road.

Multiple agencies responded to the scene.  Fire units from Caryville, Jacksboro and La Follette along with police from Caryville and Jacksboro along with the Campbell County Sheriff’s Office, the La Follette Rescue Squad and the Emergency Management Agency teamed to help the wreck victims.  The Tennessee Highway Patrol is handling the investigation.

One Reply to “Pick-up truck veers off road, flips on its top and catches fire”