TOP PHOTO:  The La Follette Police Drug Unit and Special Response Team started Friday following up on an  undercover investigation at the bottom floor apartment on the right behind the IGA. 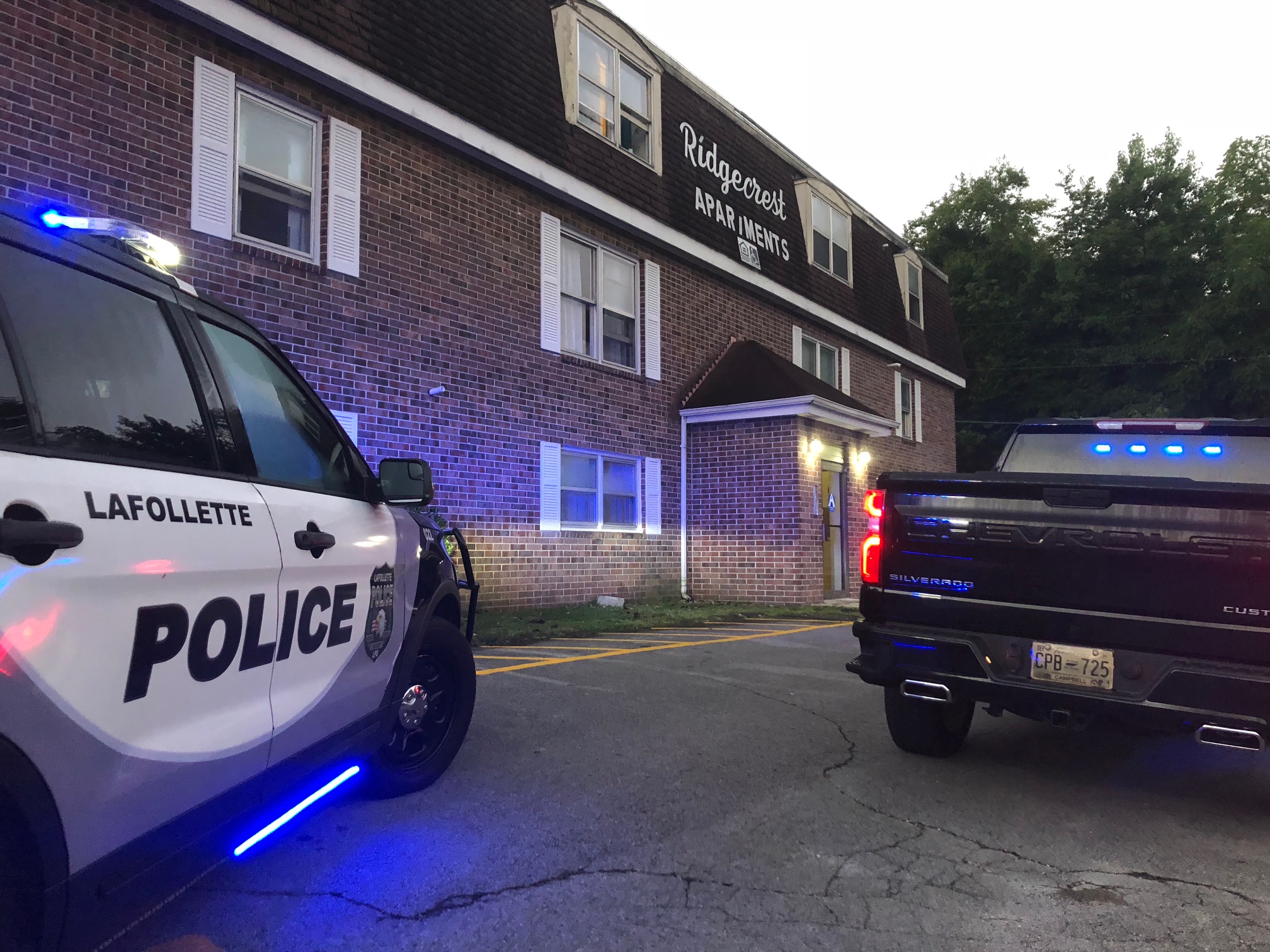 LAFOLLETTE, TN (WLAF) – Just before sun up today, La Follette Police made a wake up call at the Ridgecrest Apartments, Unit 102, at 1209 West Chestnut Street, behind the IGA.

LPD’s Drug Unit and Special Response Team executed a narcotics search warrant around 6:45 am.  Forty-nine- year-old Roger Dale Blankenship was the main target after undercover buys were made at his home, according to La Follette Police Narcotics Agent Matt Forsyth.  “The search warrant was based on prescription pill and methamphetamine buys made from Mr. Blakenship’s residence in the undercover operation,” Forsyth said. 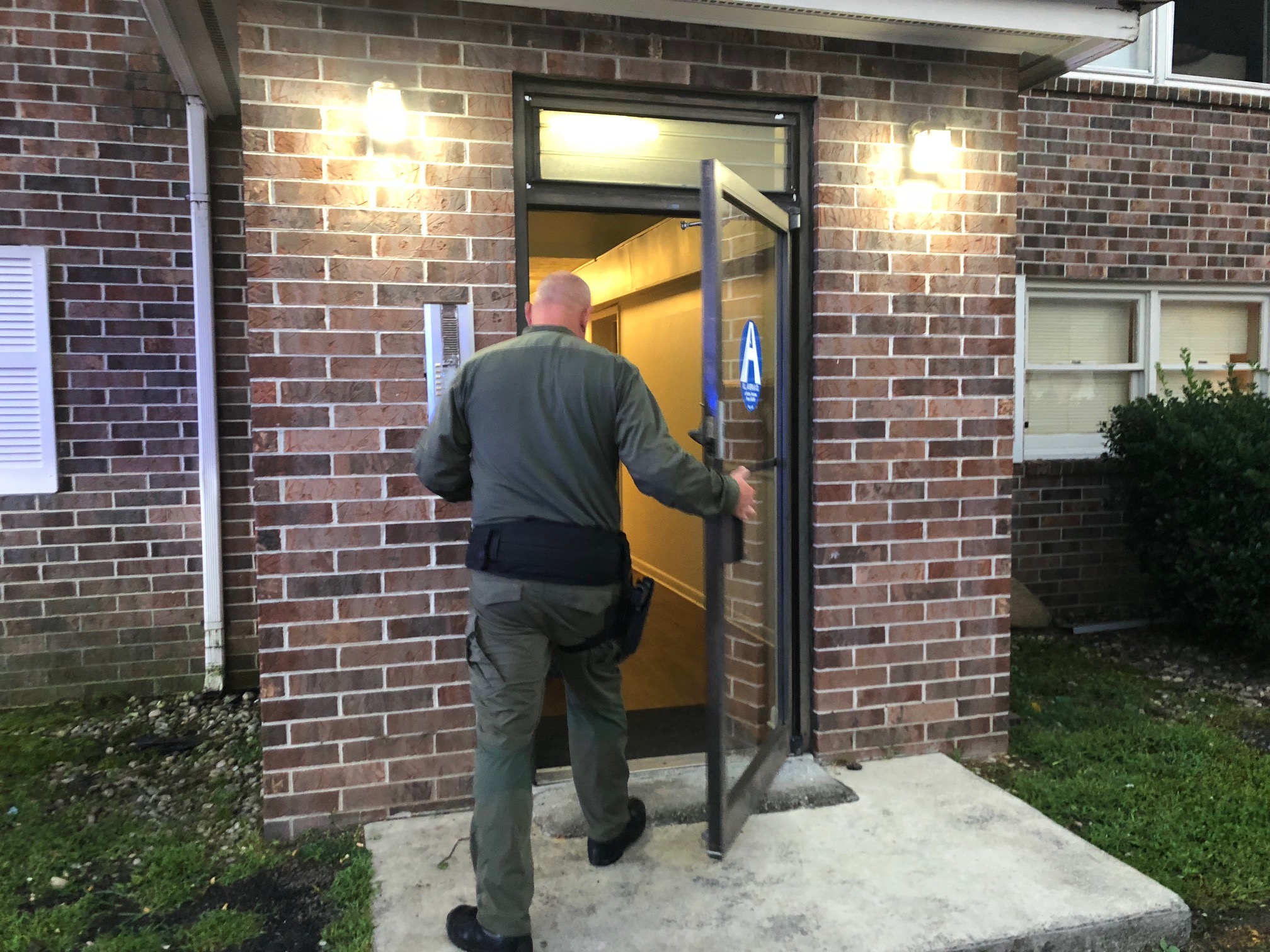 LPD Detective-Sergeant Charles Duff and several other investigators were on the scene of a La Follette apartment complex to execute a narcotics search warrant execution on Friday morning.

“Blankenship is going to jail this morning after five sales of schedule II prescription pills and schedule II cocaine were made from this apartment,”  Forsyth said.  Six other individuals, apparently living with Blankenship in his two-bedroom apartment, were questioned during the Friday morning.

Further charges and arrests are pending.  Investigators were still combing over the apartment when WLAF News left the scene.  (WLAF NEWS PUBLISHED – 09/04/2020-7:30AM)