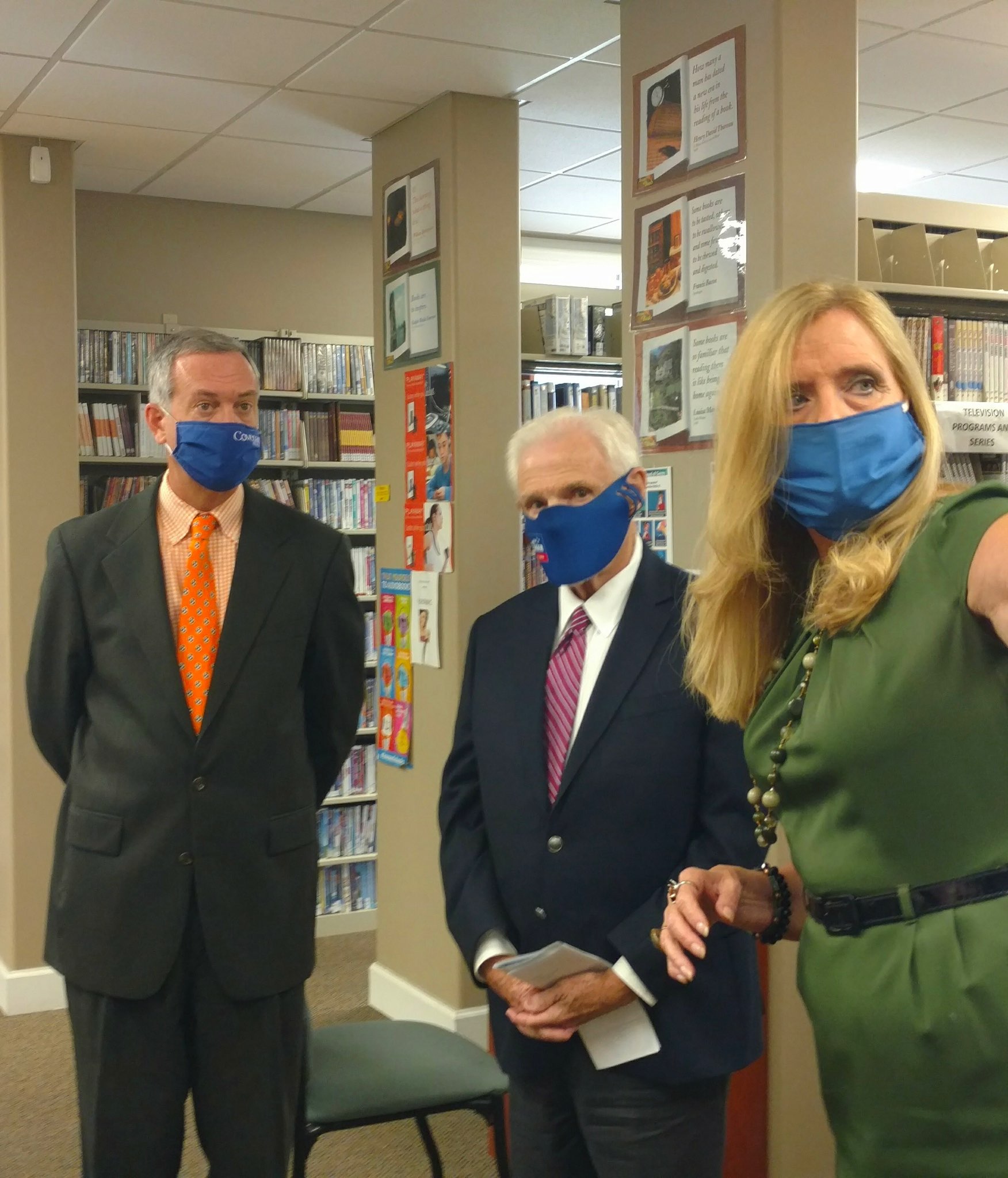 By Charlotte Underwood
LAFOLLETTE, TN (WLAF) – Tennessee State Sen. Ken Yager and Secretary of State Tre Hargett were in Campbell County touring local libraries and addressing the South Campbell County Rotary Club on Tuesday.  The pair visited Jellico Library and LaFollette Library before attending the South Campbell County Rotary luncheon and then visited Jacksboro and Caryville Libraries afterwards.
While at LaFollette, LaFollette Librarian Nancy Green discussed service numbers and the many programs the library offers.  Prior to the pandemic, LaFollette Library was serving more than 100 people a day.
When the tour was concluded,  Yager presented the library with a check.  Green said, “Senator Yager gave all four libraries in Campbell County a check in the amount of $200.00.  It is to be used as needed in the library, and there are always needs.” 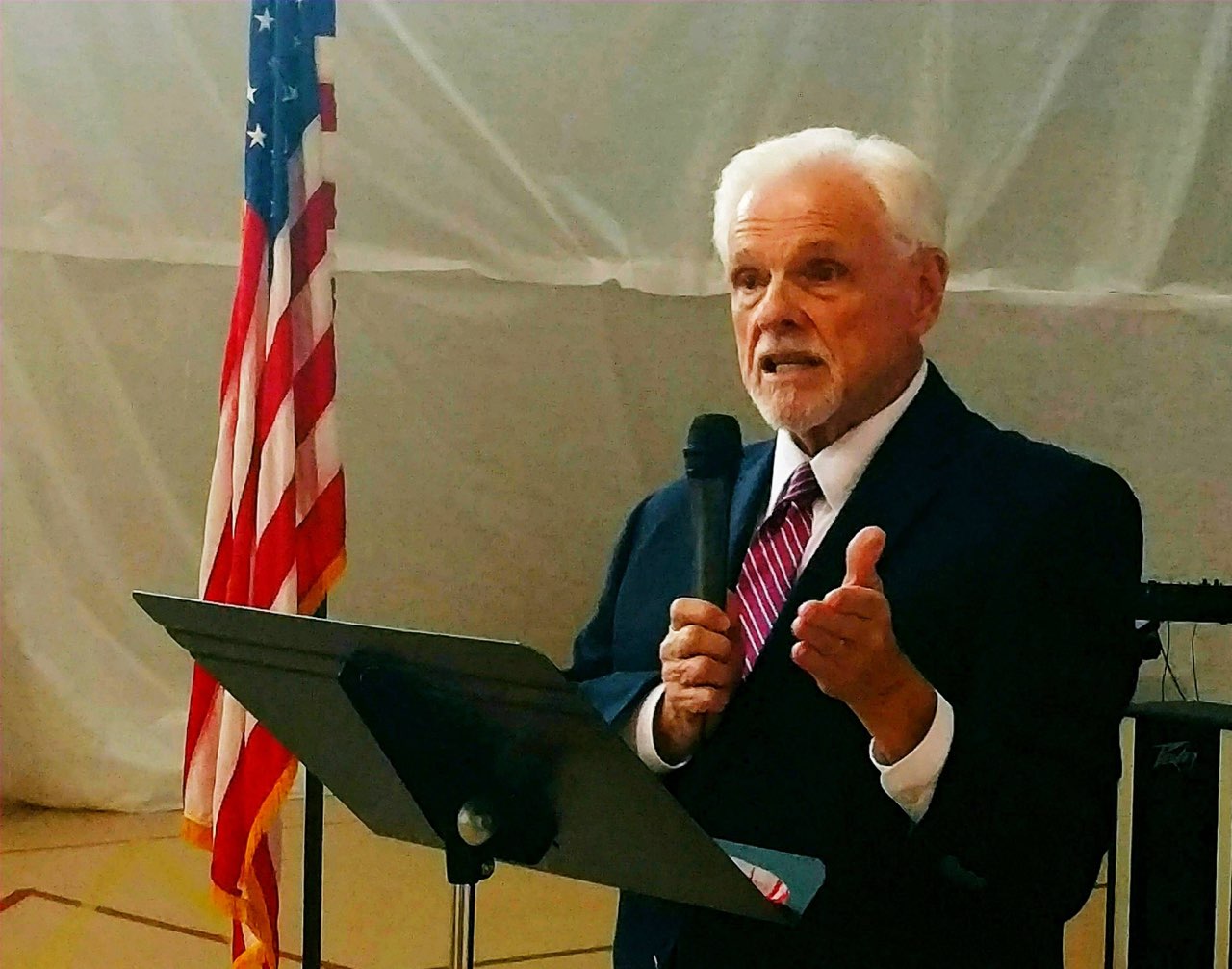 While at the Rotary luncheon, Yager spoke on the positive impact of libraries and their importance, calling them “the heart beat of the community.”
Yager also discussed several legislative bills he had been part of this season, including a bill that gives legal immunity to small businesses, churches and non-profits from lawsuits related to the COVID-19 pandemic.
“We saw that train wreck coming and we felt like small businesses were already struggling under the COVID epidemic so we got together and came up with a bill that would provide immunity to churches, small businesses and non-profits, for a two year period of time,” Yager said.
Secretary of State Tre Hargett spoke during the Rotary luncheon as well.  His office is responsible for elections and he spoke briefly on voting issues such as voting by absentee ballot and election fraud concerns. 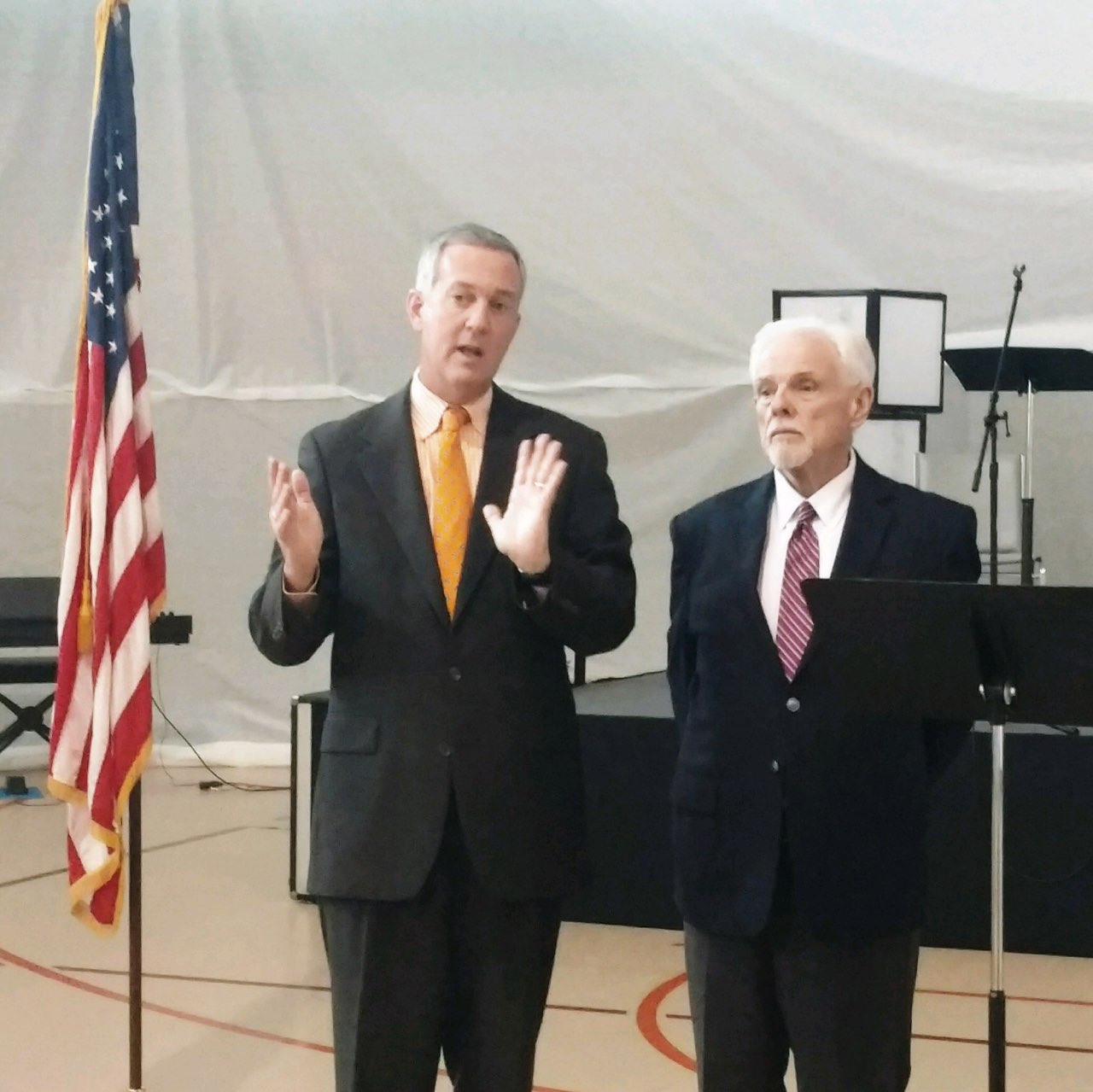 “Russia, China, North Korea want to pit us against one another… also people in our state and our nation want to sew doubt and misinformation. We need to be able to disagree without being disagreeable,” Hargett said, addressing concerns of “election interference” via misinformation often found on social media.
“I am amazed by the people that get their information from someone with a kitten for a profile picture.  Don’t help amplify a false narrative,” Hargett said,  advising the public to “get our facts straight.”
Absentee ballot requests were discussed as well. 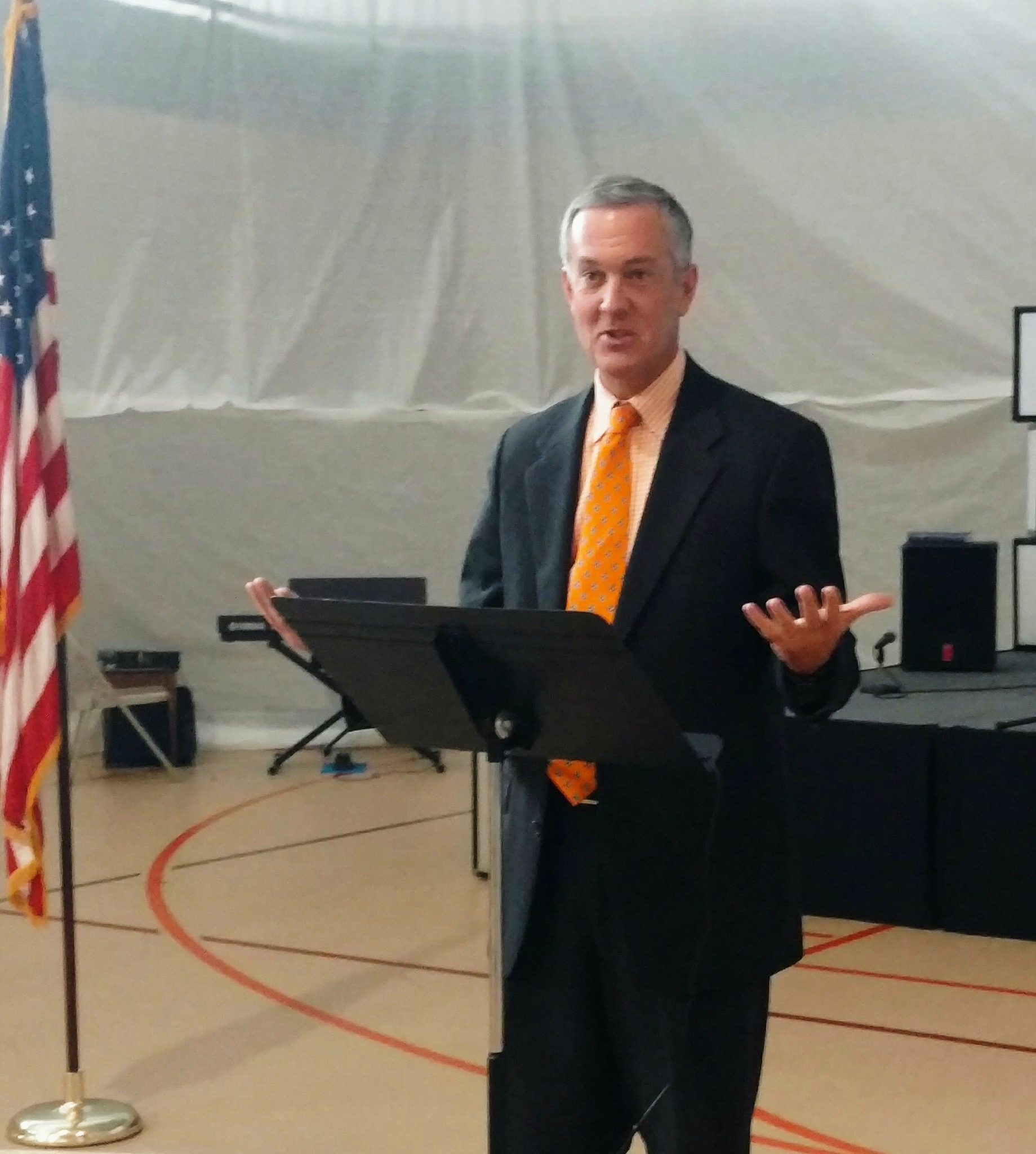 Hargett said that while absentee ballots were available upon request in Tennessee, they will not be mailed to everyone such as they have been in other states adopting “universal absentee ballots.”  He cited problems in Wisconsin that had resulted from the use of universal absentee ballots.  According to Hargett, Tennessee’s voting infrastructure is built around in-person voting and typically, absentee voting accounts for only two percent of votes cast and 2.5 percent during a presidential election year.
“People in Tennessee like to vote in person…We will run an election with the utmost confidence and integrity.  We’re as ready as we ever were for elections in Nashville and here in Campbell County,” Hargett said.  (WLAF NEWS PUBLISHED – 09/16/2020-6AM-PHOTOS COURTESY OF WLAF’S CHARLOTTE UNDERWOOD)