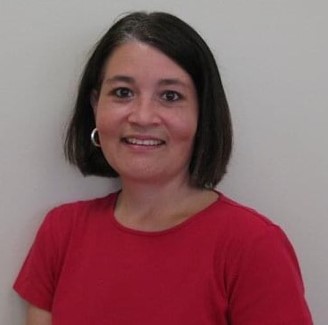 Missy Tackett is the new executive director of the Campbell County Chamber of Commerce.

JACKSBORO, TN (WLAF) – The path to the Campbell County Chamber of Commerce Executive Director’s post  for Missy Tackett began with a vote of confidence from her husband Greg.  “My husband first saw the opening for the chamber of commerce and told me “I think you’d be great at this,” said Tackett.

Seeing the chamber opening as a new opportunity, Tackett became excited about the possibilities and applied for the position.  She journeyed through the interview process totaling three interviews with the last one being on Sept. 30.

“Yeah” is what Tackett shouted last week when she received the phone call from Chamber President Becky Aiken telling her she was the chamber board’s choice.  “Needless to say, I was very excited when Becky called and put me on the speaker phone for the news,” said Tackett.

Tackett comes to the chamber after spending over 27 years at Community Health of East Tennessee (CHET).  Though she leaves CHET as the chief operating officer for CHET’s Developmental Center, Tackett has worn many hats over the years at CHET.  “CHET will always hold a special place in my heart,” said Tackett.  She’ll  leave CHET at the end of October and step into her new role at the chamber of commerce in early November.

“This is such a prominent position, and I am very honored to have been selected.  The chamber is such a vital part of our community, and I look forward to being there for our businesses and tourism with the chance to promote and brag on Campbell County,” said Tackett.

Tackett, of Jacksboro, has been a bit overwhelmed at the outpouring of support that swelled once word was announced on Friday of her appointment.  She described herself as easy going and friendly; a people person, and the response is a direct reflection of that.  “Greg, along with our children, Emily and Seth, have been very supportive,” she added.