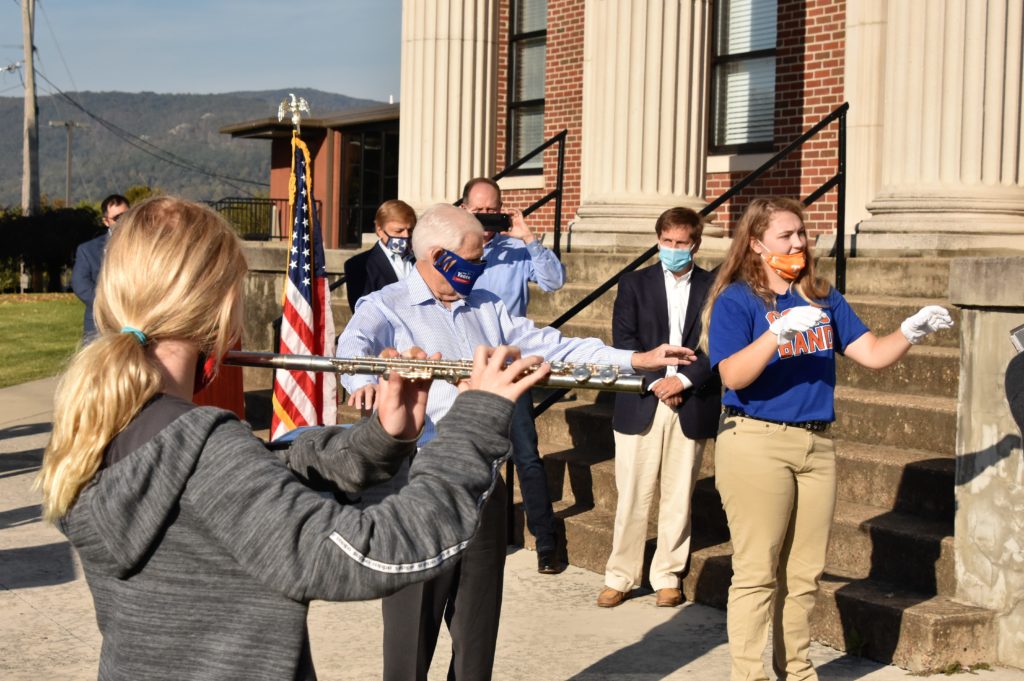 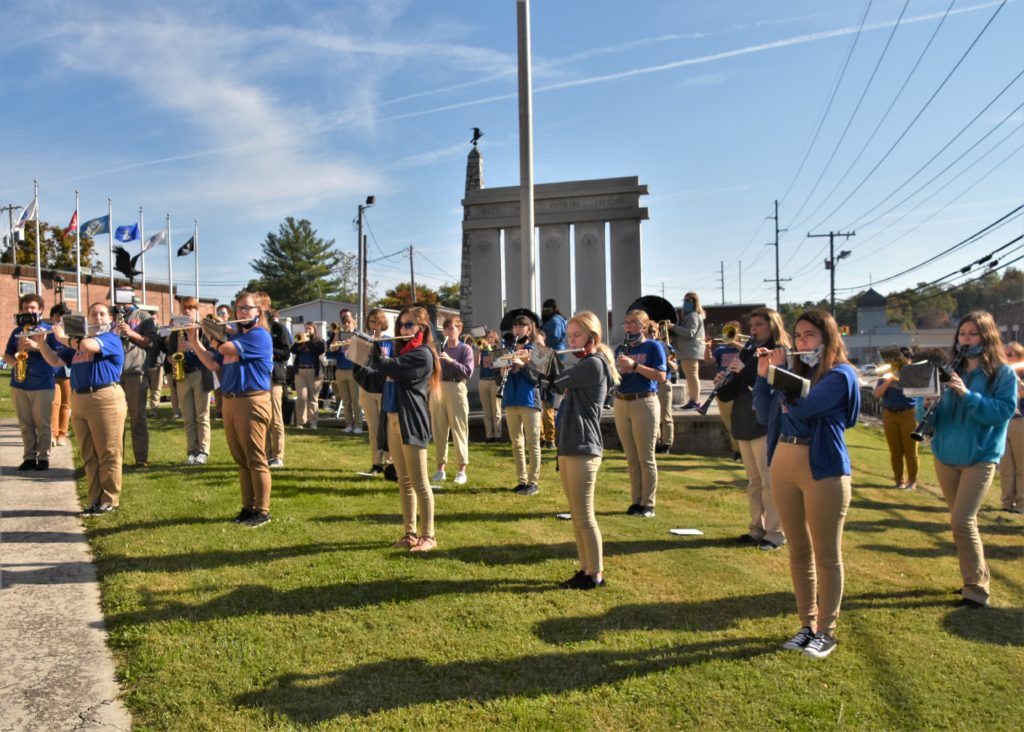 Members of the Campbell County High School Band helped kick the event off with patriotic music on the lawn of the Campbell County Courthouse at Jacksboro.
U.S. Senate candidate Bill Hagerty, Congressman Chuck Fleischmann, local State Representative Dennis Powers and Senate Majority Leader Jack Johnson joined Yager at the court house to start the two-day tour.
Yager and others are traveling across the seven county district to promote voting.  Each spoke briefly from on the importance of the November election. “The elections we are having this year could be the most important elections of our lifetime.  It is important that everyone gets out to vote,” Yager said. Yager, who is running unopposed this year in the Senate race, said he was out doing the bus tour because he “doesn’t take the voters for granted.” 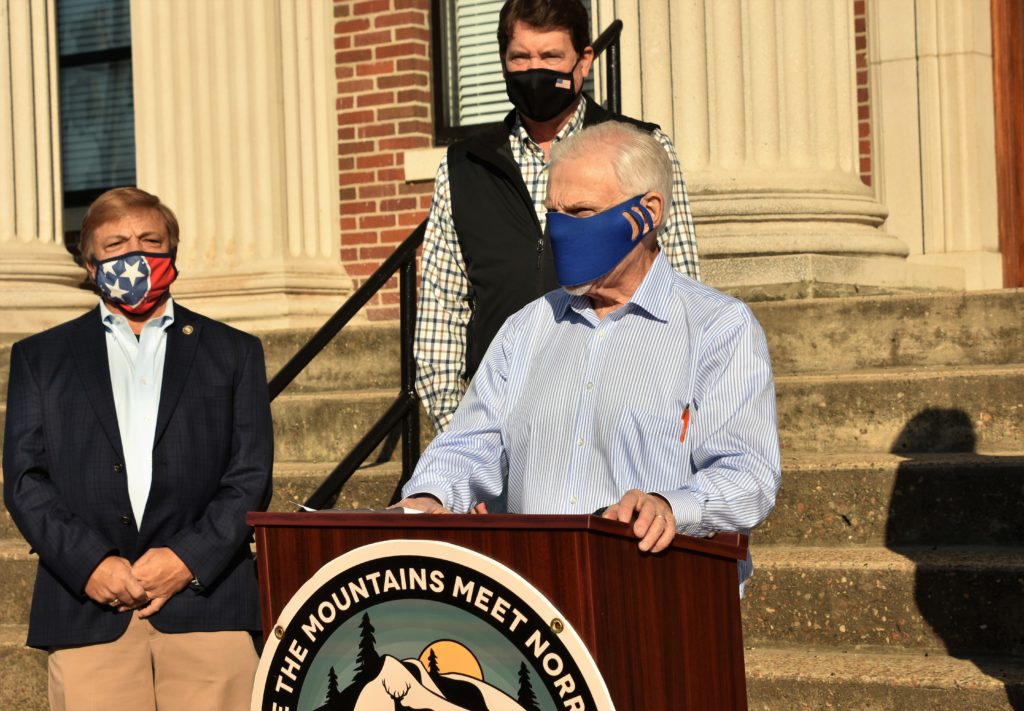 “Your vote matters and is important.  It could make a change in the direction of the way the country goes,” said Yager.  (Left to right) State Rep. Dennis Powers, U S Senate candidate Bill Hagerty and State Sen. Ken Yager.
State Rep. Dennis Powers spoke briefly on the importance of voting.  “A hundred years ago, Tennessee was the last state to ratify the 19th amendment and give women the right to vote. It won by one vote and that shows you how important that one vote can be,” Powers said, encouraging others to vote. 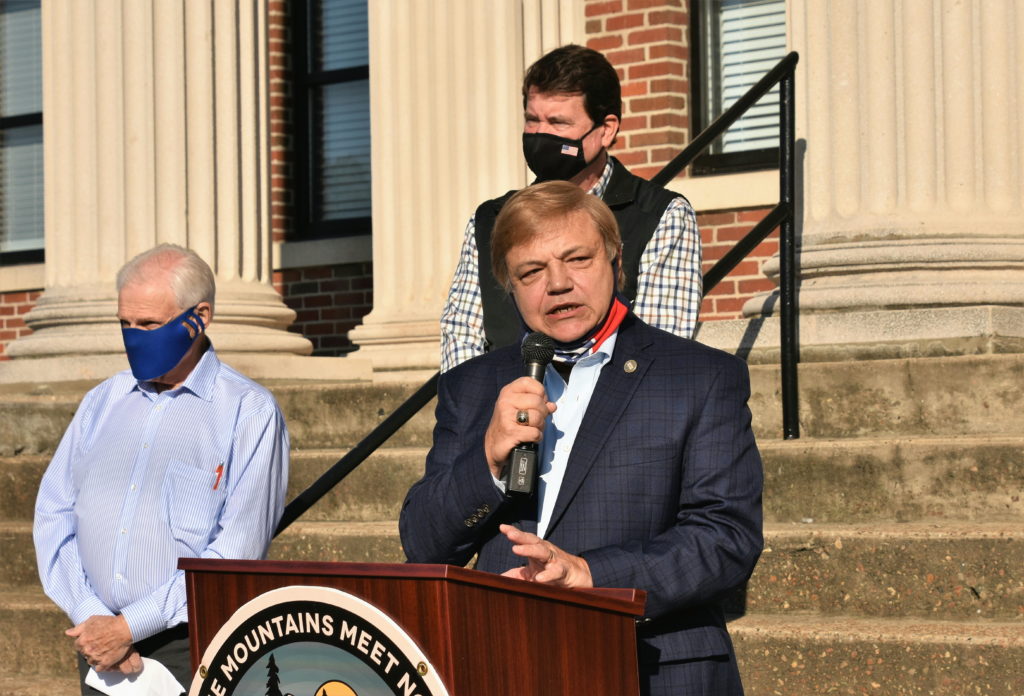 “This year is too important not to vote; it’s about our future, our children and our grandchildren, and it’s about our country,” Powers said.  (Left to right) State Sen. Ken Yager, US Senate candidate Bill Hagerty and State Rep. Dennis Powers.
Congressman Chuck Fleischmann said he was honored to be at the event and that he loves “Campbell County.”  He also spoke in support of senate candidate Bill Hagerty, asking the public to support him as a candidate as well.
Senate Majority Leader Jack Johnson spoke, saying there was a lot at stake with this election.  “You all have an amazing slate of Republican candidates you can go vote for, and I hope you do it enthusiastically,” Johnson said.  He introduced feature speaker Bill Hagerty, saying he was excited about him, because he would represent Tennessee’s “conservative values.”
Hagerty spoke briefly, asking the public for their vote and saying he felt fortunate to have the opportunity to serve in the Senate for “the number one state in the nation.”
Yager finished up the event by encouraging others to get out and vote early and applauded Campbell County for setting early voting records. 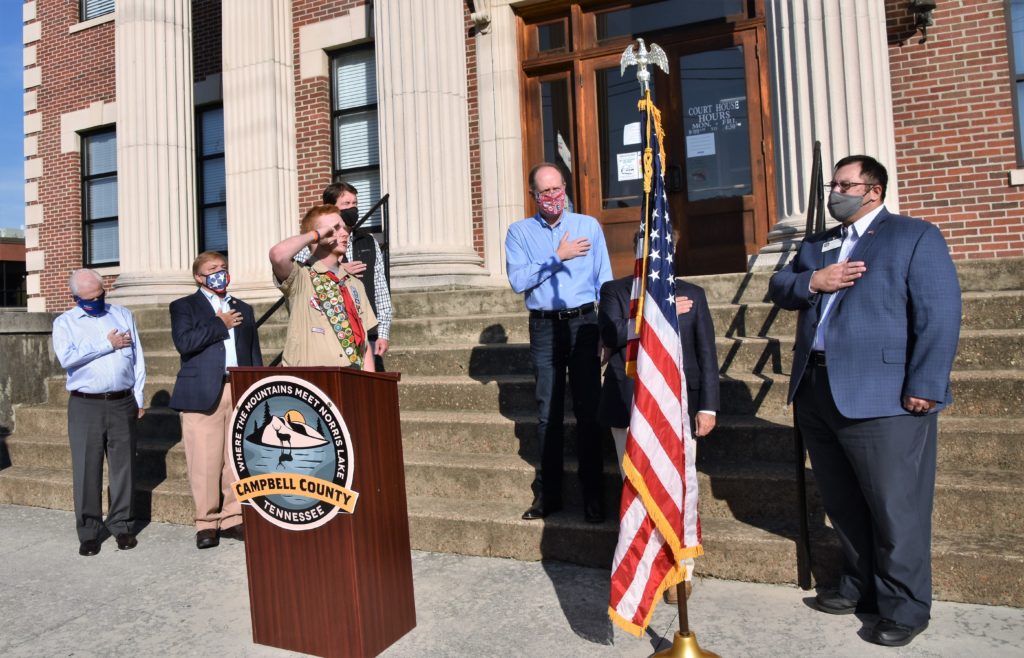