JACKSBORO, TN (WLAF) – Sometime during Early Voting hours on Friday, the old Early Voting mark of 5,338 was broken.  By the end of Friday’s polling hours, the new record stood at 5,758.  A thrilled Ann Ayers-Colvin, Campbell County administrator of elections, announced the new total now exceeds 6,000 votes after Saturday’s polls closed.On Saturday, 484 votes were cast pushing the new mark even further away from the old mark.  The old standard of 5,338 will be shattered given that there are four days left in the Early Voting time frame.  The last days of Early Voting run this morning with 6,819 votes cast so far, and that counts Monday’s total of 577 Early Votes. 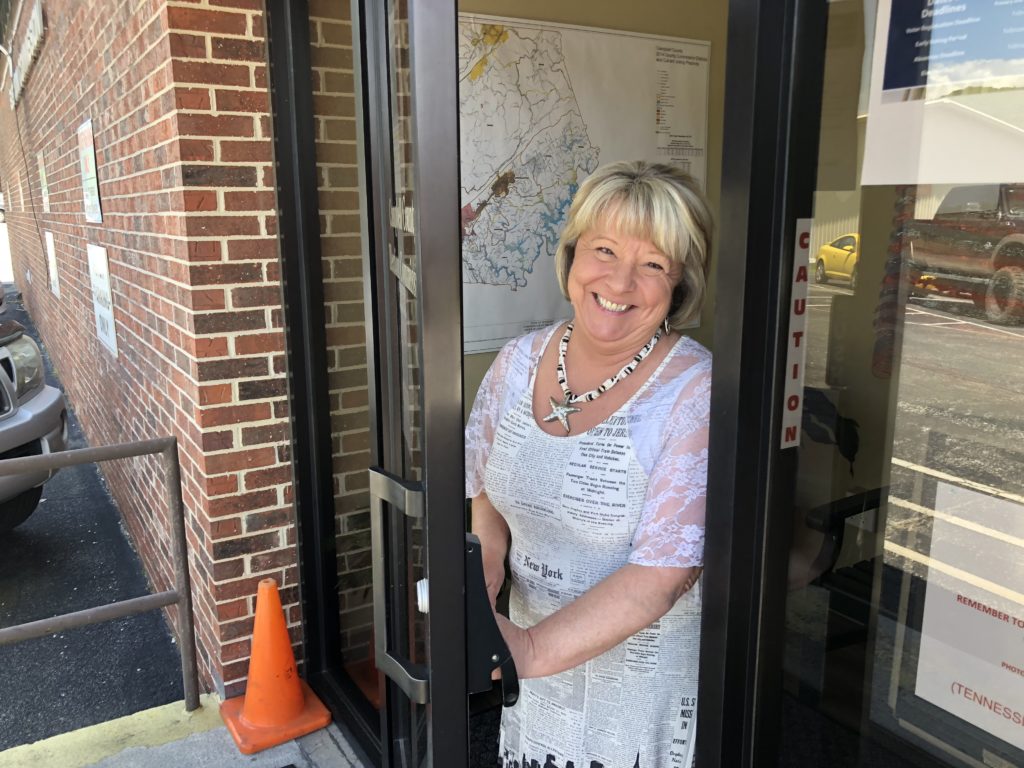 Ann Ayers-Colvin, Campbell County administrator of elections, praises her staff and thanks all those who have come out and plan to come out to vote.

“Early Voting in Campbell County is going well, and we appreciate your patience as we are trying to make our voting process as safe as possible for all in these trying times,” said Ayers-Colvin.  Given the record breaking turnout, Ayers-Colvin said, “Our staff is fantastic and has done such a great job.”

Ayers-Colvin said voting precincts will be open on Tues., Nov. 3 from from 9 am until 8 pm on Election Day.  The Campbell County Election Commission office is open from 8 am until 4:30 pm daily; the phone number is 423.562.9777 or connect to the website.

Early Voting records were broken in both the August and November elections in 2018.  Based on WLAF records, the 811 votes cast on October 16 were a single-day record, and coupled with 572 votes the day before represent the largest two-day total at 1,383 in Campbell County Early Voting.  That surpasses 630 (biggest single day) and 409 votes cast back-to-back in the August 2018 election totaling 1,039.

Ayers-Colvin noted that a large amount of new people registered to vote in the last three months.  The total registered voters in Campbell County is right around 24,000.

With two sites and four days of early voting remaining, there is still time to avoid long lines at the polls on Nov. 3.

Monday through Thursday 9 am – 2 pm