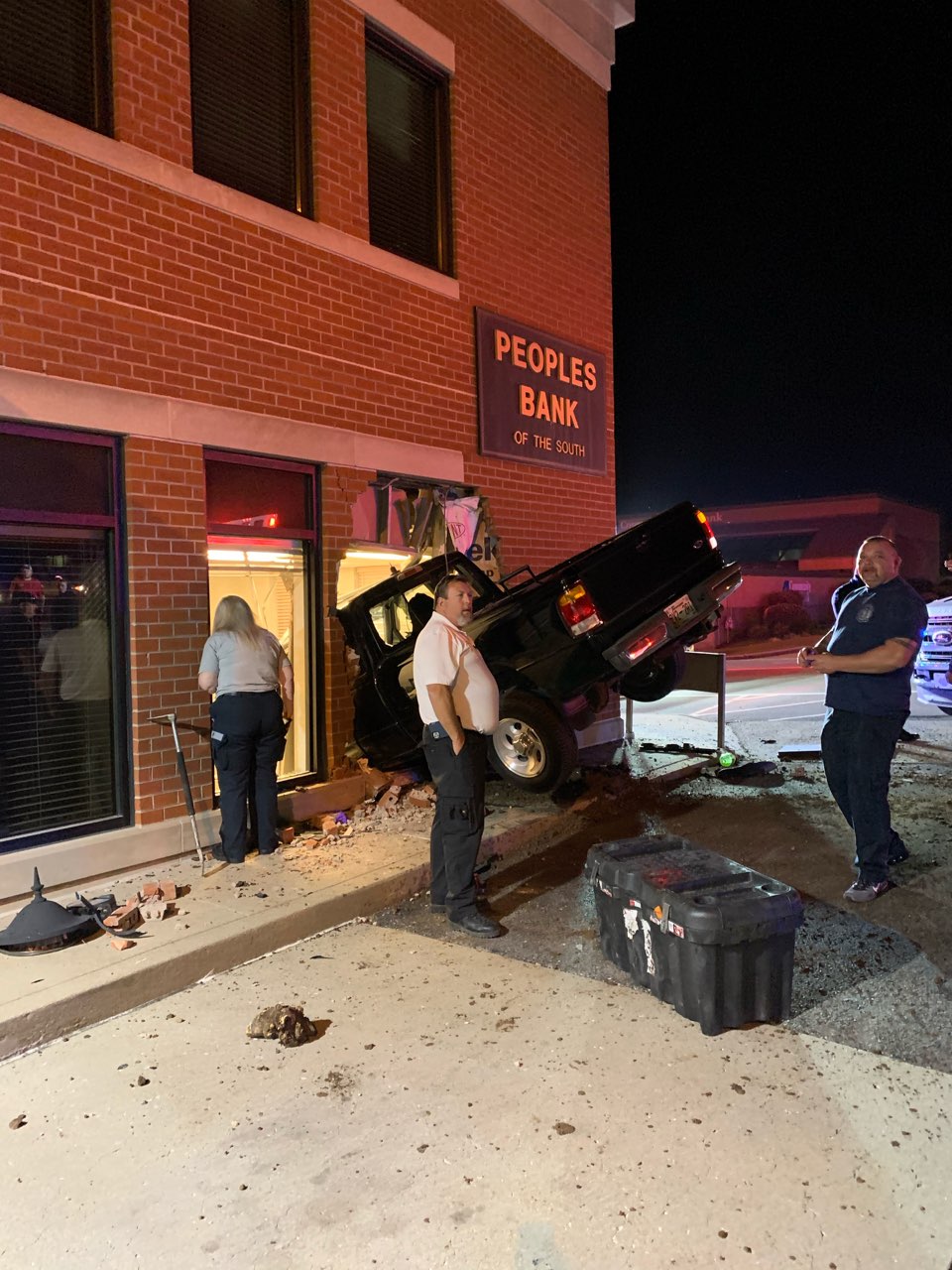 TOP PHOTO: This truck landed inside the Peoples Bank of the South’s conference room Friday night just after 9 pm on Oct. 23.

LAFOLLETTE, TN (WLAF) – “We knew who he was since day one, but it was just a matter of locating him,” said La Follette Police Sgt. Det. Charles Duff. Duff and other officers invested a lot of surveillance time into locating 30-year- old Travis Smith, and it paid off.

Until 2 pm Wednesday, Smith had been on the run since his pick-up truck was found lodged in the west wall of Peoples Bank of the South’s main office on West Central Avenue. Smith allegedly ran out of his east bound lane of traffic on Friday night, Oct. 23, hit the curb and went airborne into the building.

“I just sat on his house for a long time today until he came out,” said Duff. The address listed on Smith’s driver’s license is 500 East Chestnut Street, his parents home. “He came out and got into a vehicle just a while ago, and we blocked it in the driveway and placed him under arrest,” said Duff.

LPD Officer Cory Lawson investigated the accident and wrote several warrants for Smith. Smith’s charges include driving while revoked (5th offense), immediate notification of an accident (hit and run), duty upon striking a fixture, roadways lane for traffic (left his lane and did not maintain lane), exercise due care, the financial responsibility law (no insurance) and vandalism over $10,000.