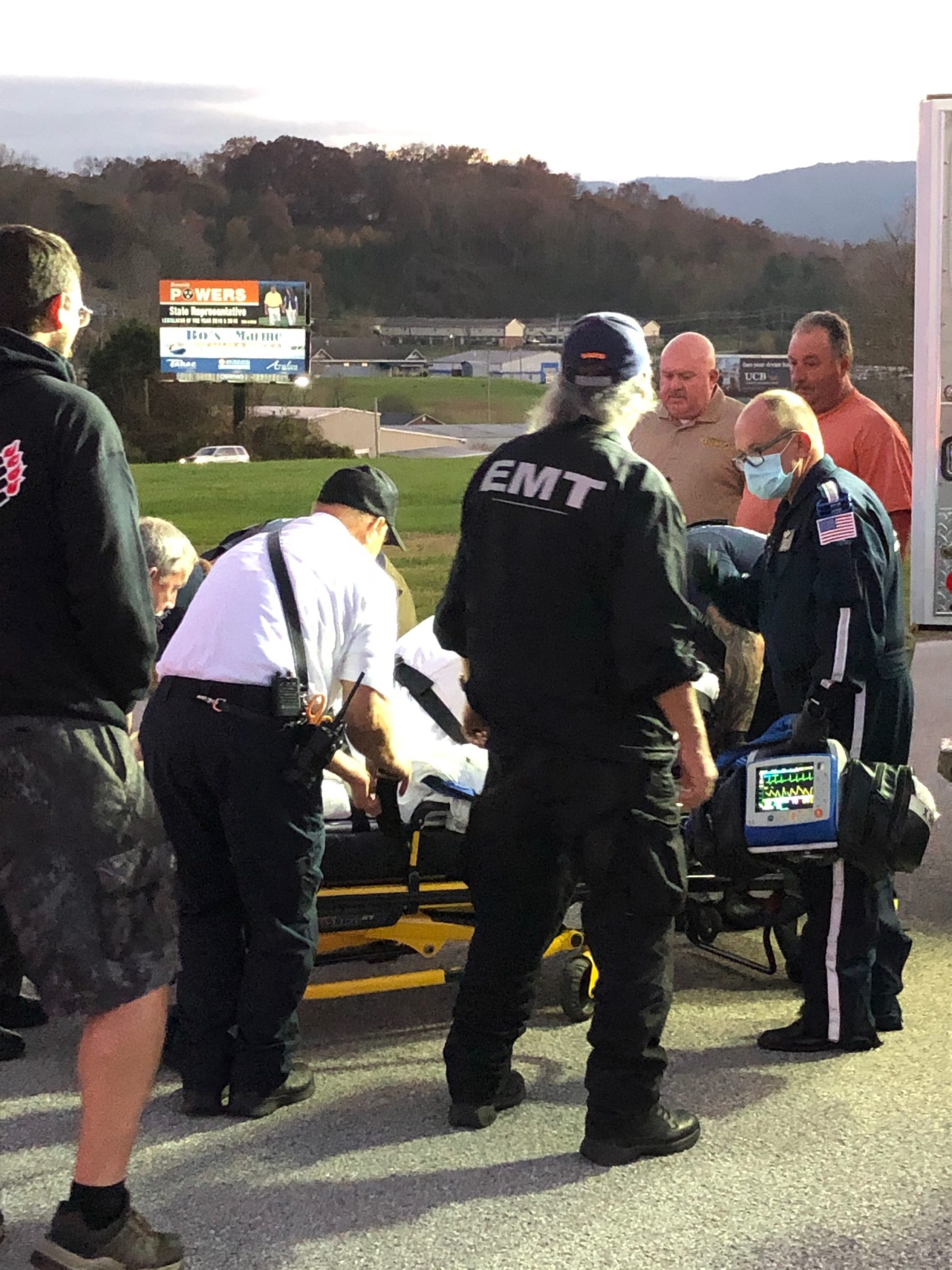 TOP PHOTO: A La Follette woman was injured when struck by a truck.

JACKSBORO, TN (WLAF) – More details emerged this afternoon in the accident where a woman was hit by a pick-up truck on Thursday. Tennessee Highway Patrol Trooper Ryan Pope released his report of the mishap.

The report nottes that Ayers stated that “the sun obstructed his view.”

Ayers was wearing a seatbelt and was not injured. King was airlifted to a Knoxville hospital. (WLAF NEWS PUBLISHED – 11/13/2020-4PM)