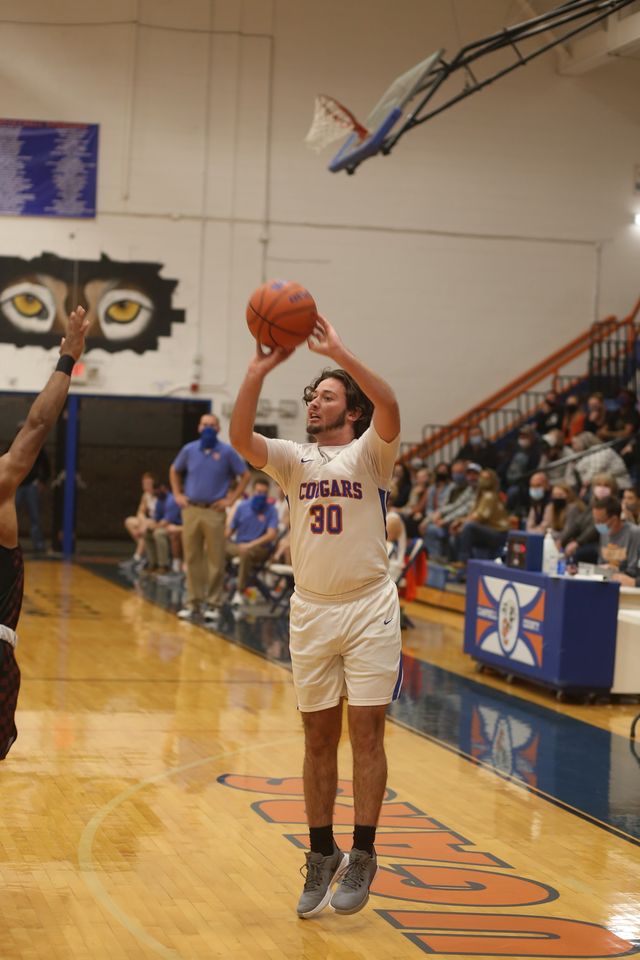 JACKSBORO, TN (WLAF) – The Campbell County Cougars christened their home and season opener with a perennial state power; the Bearden Bulldogs. And the ‘Dogs lived up to their billing. Watch the game HERE on demand.

Though Bearden won 91 to 48, there were bright spots through the night for first year coach Ernie Clawson’s Cougars. After trailing 24 to 14 at the end of the first quarter, Campbell outscored Bearden 14 to 8 to make it a 32 to 28 game late in the first half. The surge was led by Spencer Boshears 17 points. However, once Bo cooled, so did the Cougars and Bearden built its lead to 13 at the mid-game break; 44 to 31.

In the third quarter, Bearden began distancing itself from Campbell leading 66 to 44 entering the final frame. The Cougars struggled to the finish line with a four-point fourth quarter while Bearden poured through 25 points in its biggest quarter of the night.

Boshears finished with 17 points, all in the first half, while sophomore Devin Jones was the other CCHS double-digit scorer with 14. Nate Walden, a junior, had nine. Three points each came from Garrett Medley and Jeremiah Jackson. John John Long chipped in a point.

Bearden hosts Catholic on Saturday while Campbell is home with Grainger County on Tuesday in a 7:30 pm start. Josh Parker has all the action over the WLAF – Doyle’s Tire Shop Sports Network beginning at 5:50 pm with the Lady Cougars and Knox West game followed by the Cougars.

The WLAF – Doyle’s Tire Shop Sports Network brings you all the live action of CCHS Cougar and Lady Cougar Basketball.  Josh Parker is back for another fun season of radio, TV and DOTCOM  coverage.  That’s on radio, tune-in to either AM 1450 or FM 100.9.  For the live telecast, connect to www.1450wlaf.com, WLAF-TV 12, Roku TV, Amazon Firestick, Facebook or YouTube.  Search for WLAF on Amazon Firestick and WLAF Sports on YouTube.

Thank you to our corporate partners who make coverage of the Cougars on WLAF possible:

Peoples Bank of the South