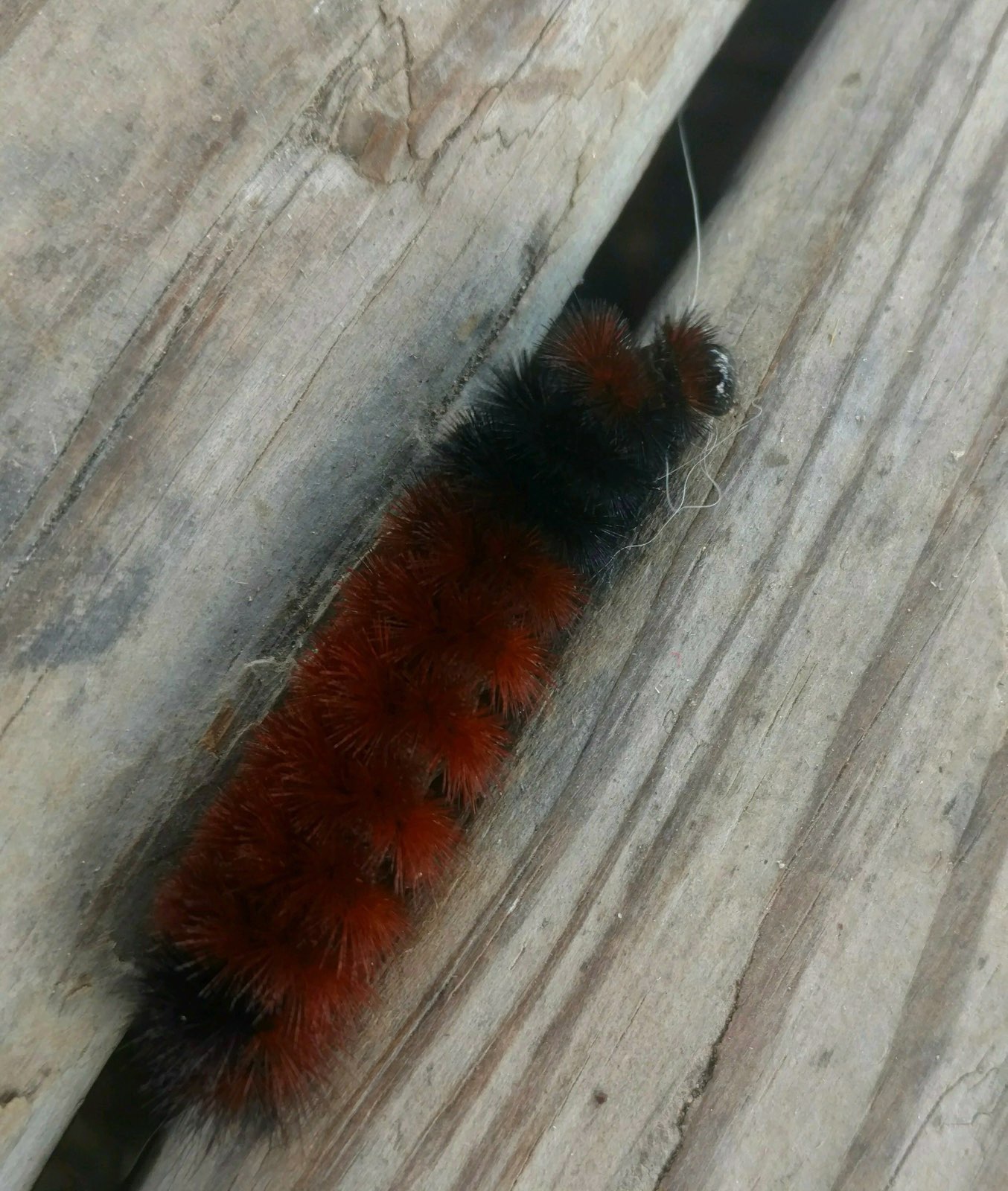 TOP PHOTO: According to the wooly worm WLAF’s Charlotte Underwood took a picture of crawling across her porch this last week, winter will be mild. However, Underwood’s encounter with a persimmon seed indicates otherwise.

LAFOLLETTE, TN (WLAF) – In late November, WLAF’s Charlotte Underwood shared her winter weather forecast with us, and so far, her prediction through the wooly worms and persimmons is panning out.

If you grew up around these parts, chances are you’ve eaten a persimmon or played with a wooly bear worm, which we sometimes called fuzzy wuzzy worms. I have many nostalgic memories of these childhood pastimes.

Appalachian folklore has it that both the wooly worm and persimmon seeds can forecast the coming winter weather. According to my mom’s Old Farmer’s Almanac, when you cut open a persimmon seed it will look like either a fork, a knife or a spoon. A fork means a mild winter, a spoon means lots of snow and a knife means it will be cuttingly cold.   Wooly worms were also used to predict the weather. According to folklore, the amount of black on the wooly worm correlates with how cold the winter will be. If the wooly worm has a larger band of brown or red, then it will be a milder winter. Where the black and brown is located on the wooly worm also corresponds with the weather. For example, if the head of the wooly worm is black, winter is supposed to begin cold and severe. If the head of the wooly is red or brown, then the beginning will be more mild.

According to the wooly worm I took a picture of crawling across my porch this last week, winter will be mild. The persimmon seed indicates snow.

Only time will tell which prediction is correct.

No wooly worms were harmed in the writing of this article. However, one persimmon was eaten. (WLAF NEWS PUBLISHED – 11/30/2020-6AM)