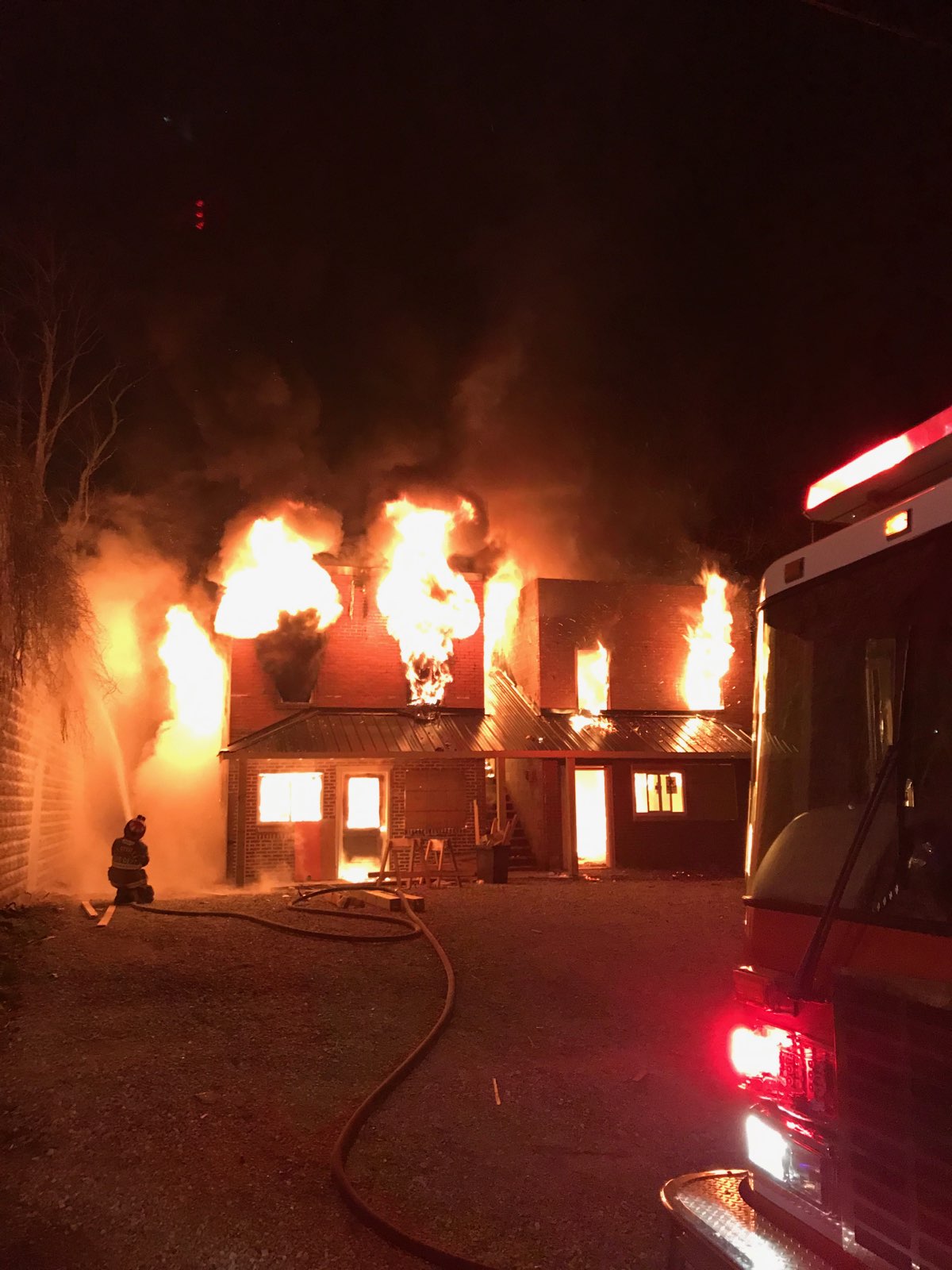 The fire burned the old post office building on Main Street. One city official told WLAF that the structure was in the process of being converted into apartments.

According to the Campbell County Jail docket, Anthony D. Herron, 43, of Jacksboro and Rebekah Underwood, 49, of Jacksboro, were arrested on Monday morning at the Super 8 Motel at Caryville and charged with criminal trespassing and reckless burning.

Based on the Campbell County Jail docket Herron was also charged with filing a false report or bomb threat.

Both Herron and Underwood remain housed in the Campbell County Jail this morning without bond.