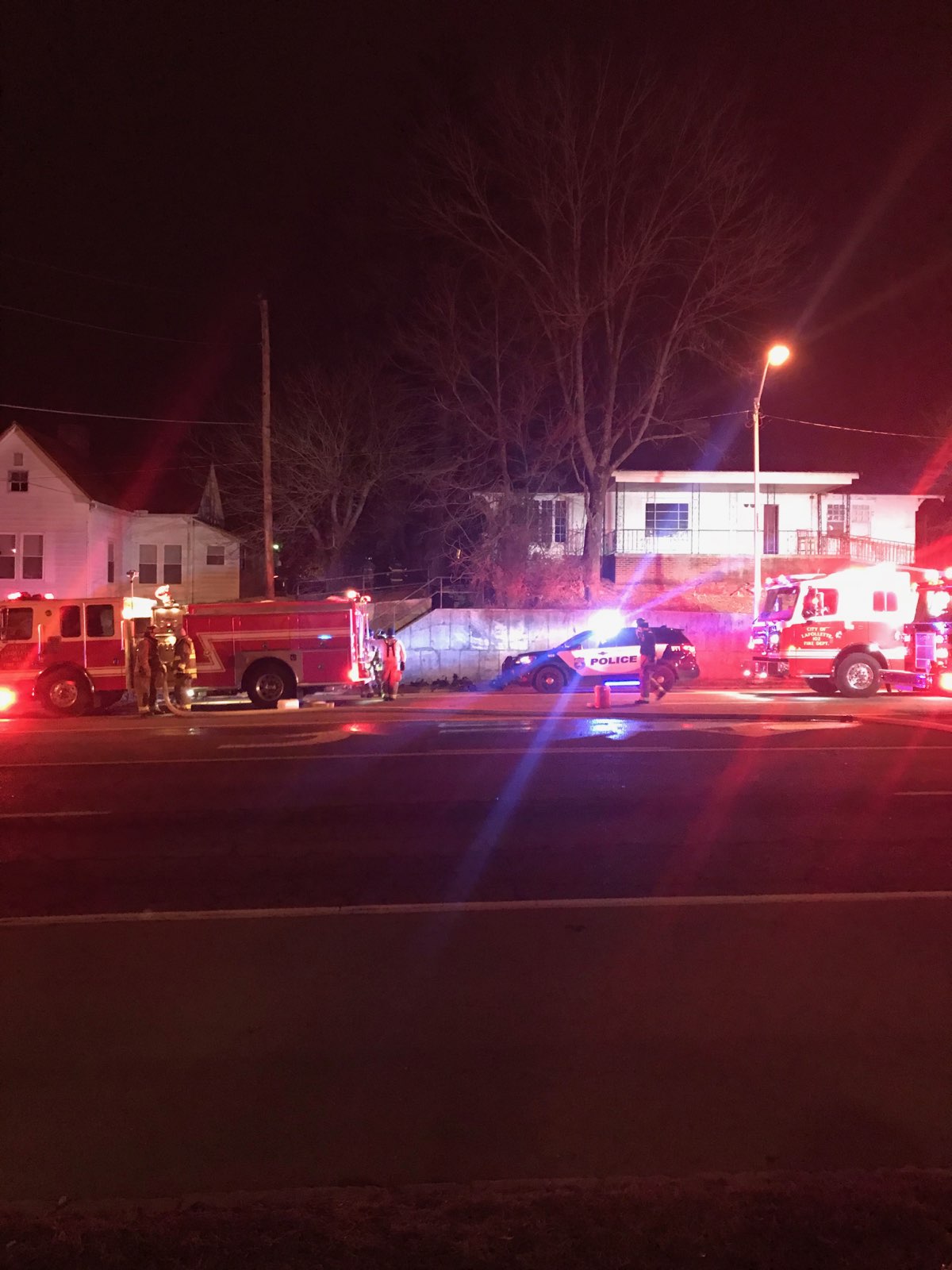 TOP PHOTO: Firefighters from La Follette, Caryville and Jacksboro were called out to a house fire around 3:30 am Sunday morning.

LAFOLLETTE, TN (WLAF) – It’s the house atop the south side of the hill on East Central Avenue across from Walters Funeral Home. For locals of a certain age, it’s the Balloff home.

The call of the structure fire at the former Balloff home came in at 3:34 am Sunday morning according to La Follette Assistant Fire Chief Eddie Hatmaker.

LFD’s B Shift answered the call with assistance soon following from the Caryville and Jacksboro Fire Departments. Both east and west lanes of Central were shutdown to allow the hose to be laid across the road. Units cleared the scene Sunday around 7 am.

Three peopled lived in the home, and no one was injured though the Campbell County EMS was on stand by.

The American Red Cross has been contacted to help those displaced by the fire. (WLAF NEWS PUBLISHED – 02/14/2021-9AM-PHOTOS COURTESY OF LFD ASSISTANT FIRE CHIEF EDDIE HATMAKER AND WLAF’S CHARLIE HUTSON)