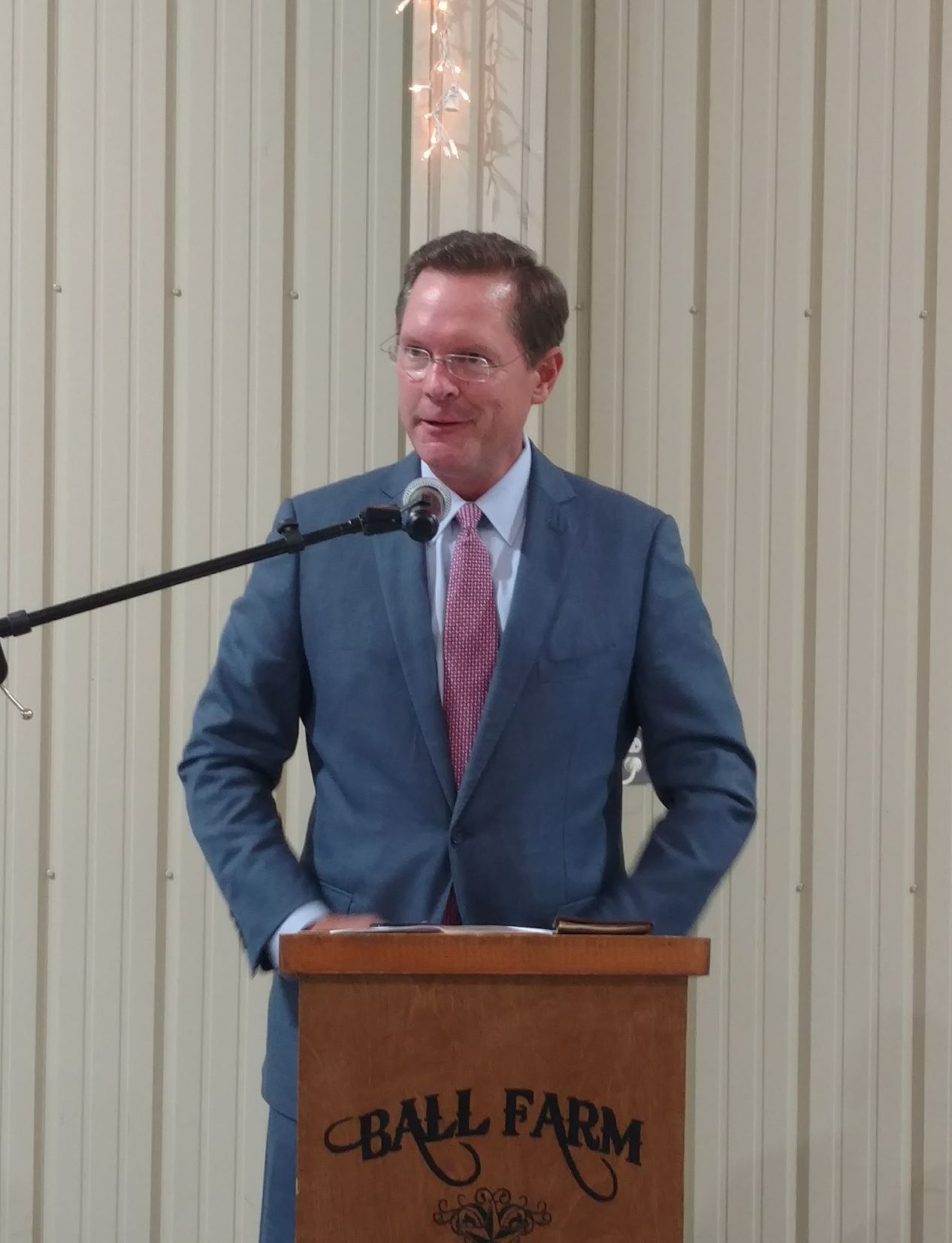 TOP PHOTO: Tennessee Speaker of the House Cameron Sexton was the keynote speaker at the Lincoln-Reagan Day Dinner on Friday night.

Campbell County Republican Party Executive Committee Chair Zachary Walden was the Master of Ceremonies for the political fundraiser. Walden acknowledged all elected officials in the room, as well as thanked this year’s dinner host committee and dinner sponsors.

The dinner host committee consisted of the Ball family, Jared Effler and Kent and Geneva Younce.

The presentation of colors was presented by the Jellico Honor Guard and Boy Scout Troop 310 led the pledge of allegiance. The National Anthem was sung by the Roberts Sisters and the invocation was done by Reverend Lynn Ray.

During the fundraiser, multiple items were auctioned off such as Reagan presidential cuff links and other presidential memorabilia, along with donated baked goods and more.

The message of the evening was to get and keep Republicans in office.

“To sum it up, we’re doing great, and if we keep electing people like Dennis Powers and Ken Yager, we will continue to be successful,” Sexton said.

Powers announced he would be running for re-election next year. Powers spoke, saying he was “proof the American dream was possible.”