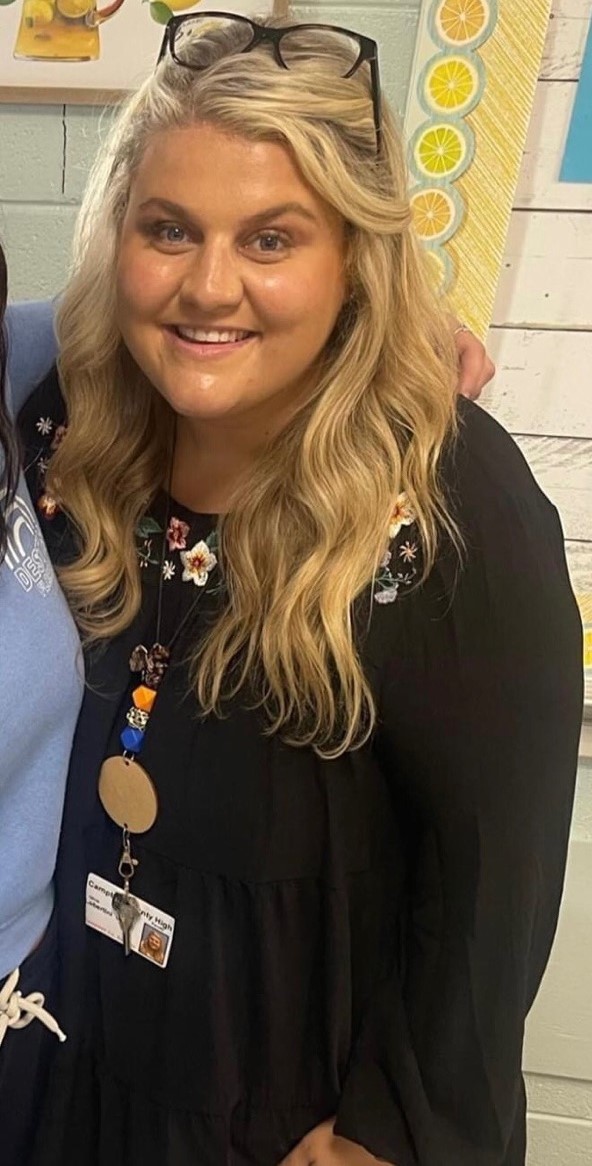 JACKSBORO, TN (WLAF) – “They told me this morning,” said Olivia Lobertini as she walked down the halls of Campbell County High School. Lobertini was among the finalists to become an assistant principal at CCHS, and she learned first thing Monday morning that she was selected to take over for Sherry Chapman who recently retired.

“We’re gonna miss Sherry. She was a staple here at Campbell County and did an excellent job for so long. I knew it would be hard to replace her,” said CCHS Principal Ben Foust. He knew she might retire in the next few years but it was surprise it happened this soon.

“I’m excited to get to work and for a great school year. CCHS is full of awesome folks who have been working hard to make this another wonderful year,” said Lobertini.

Lobertini joins the principal team comprised of Troy Arnold, Brad Collette and Foust. “We had a few applicants, and Olivia excelled in the interview. She’s excited to have a hand in making Campbell County a better place,” said Foust.

Foust said the school and staff already relied on her in many ways. “She has such pride in Campbell County and wants the best for everyone,” said Foust.

The always smiling Lobertini is quite the communicator and has such a good relationship with the community. “She’s at all the ball games and is a really good role model for our school,” Foust added.

Chapman’s career at CCHS began back in the early 1980s when she was a student/athlete for Lady Cougar Basketball becoming the school’s first, and to date, only, Parade All-American. She went on to play at Tennessee and later LMU setting the school scoring record for the Lady Railsplitters in only two seasons. Chapman taught and coached Lady Cougar Basketball leading CCHS to its only state tournament appearance. She later served as director of athletics and assistant principal. Chapman was not available for comment when WLAF attempted contact on Monday afternoon.

Foust is proud of his team and is excited moving forward. Lobertini, now in her seventh year in the Campbell County School System, begins her first full day as an assistant principal today. (WLAF NEWS PUBLISHED – 08/02/2022-6AM)