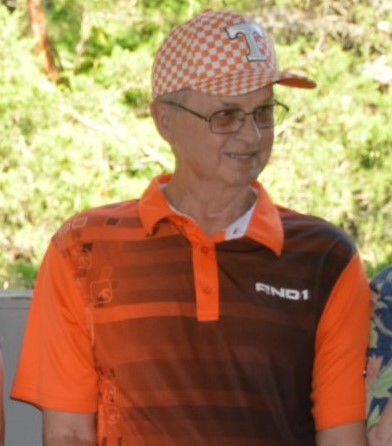 TOP PHOTO: David Chapman, a most active member of the community, was laid to rest over the weekend.

LAFOLLETTE, TN (WLAF) – David Chapman loved his community, and he lived that love everyday. You likely know David from Walmart, and for those of us of an older generation, we know him from Woodson’s Super Market and New World of Shopping. Chapman passed away last Wednesday.

“David’s impact was enormous on whatever he was involved. He played a vital role in starting the Campbell County Cancer Association (CCCA) Telethon on WLAF. His work and effort in the telethon helped us to be very successful,” said Clarence Lowe, Director of the CCCA.

“David was a driving force with the local March of Dimes effort for years, and, on occasion, I would say, David, if you ever decide you want to be a part of the Cancer Association, we could sure use you,” said Jim Freeman. That day eventually came, and David was an active member of the association from that day forward. He also brought along his wife, Betty.

“I treasured his friendship and guidance. Over the past several days since his passing, I have had several people share many positive comments about what a blessing David had been to our community. He certainly was a blessing. CCCA loved David and Betty Chapman, and they loved us,” said Lowe.

“The way the story was told to me was that the Cancer Association was looking for ways to generate more donations besides its annual Labor Day road block. During a meeting, David suggested a telethon on WLAF-TV 12,” said Freeman. The telethon began and ended up being another source of revenue for the CCCA.

David’s family requests memorial contributions be made to a cause, the CCCA, that was dear to David’s heart. You can send donations to the CCCA, P.O. Box 122, Jacksboro, Tennessee 37757. Services and interment were held on Saturday afternoon.