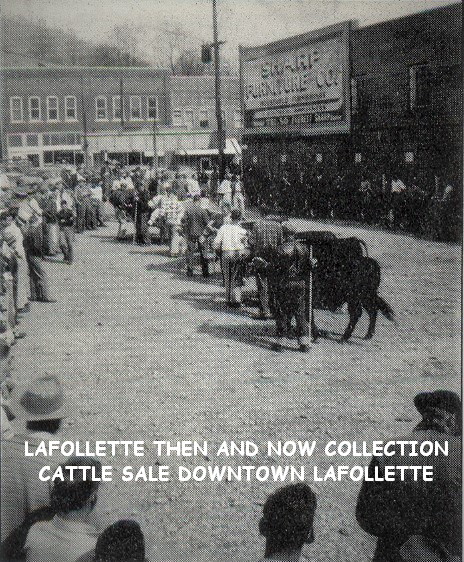 LAFOLLETTE, TN (WLAF) – Long gone now, but back in the day, Saturday morning cattle sales took place in Lafollette. This image (above) shows one being held in the parking lot of Sharp Furniture Company later to become Bobby Queener’s  Furniture, and in the early 1970s, it was the Goodyear Store.

According to former Lafollette Mayor R. C. “Curt” Alley, who was the L & N Railroad Depot agent, cattle shipped out by rail was a common practice. He said in the early days some cattle were herded across West Central Avenue and up North 5th Street to the L & N Depot where they were loaded on cattle cars. (WLAF NEWS PUBLISHED – 09/22/2022-6AM)