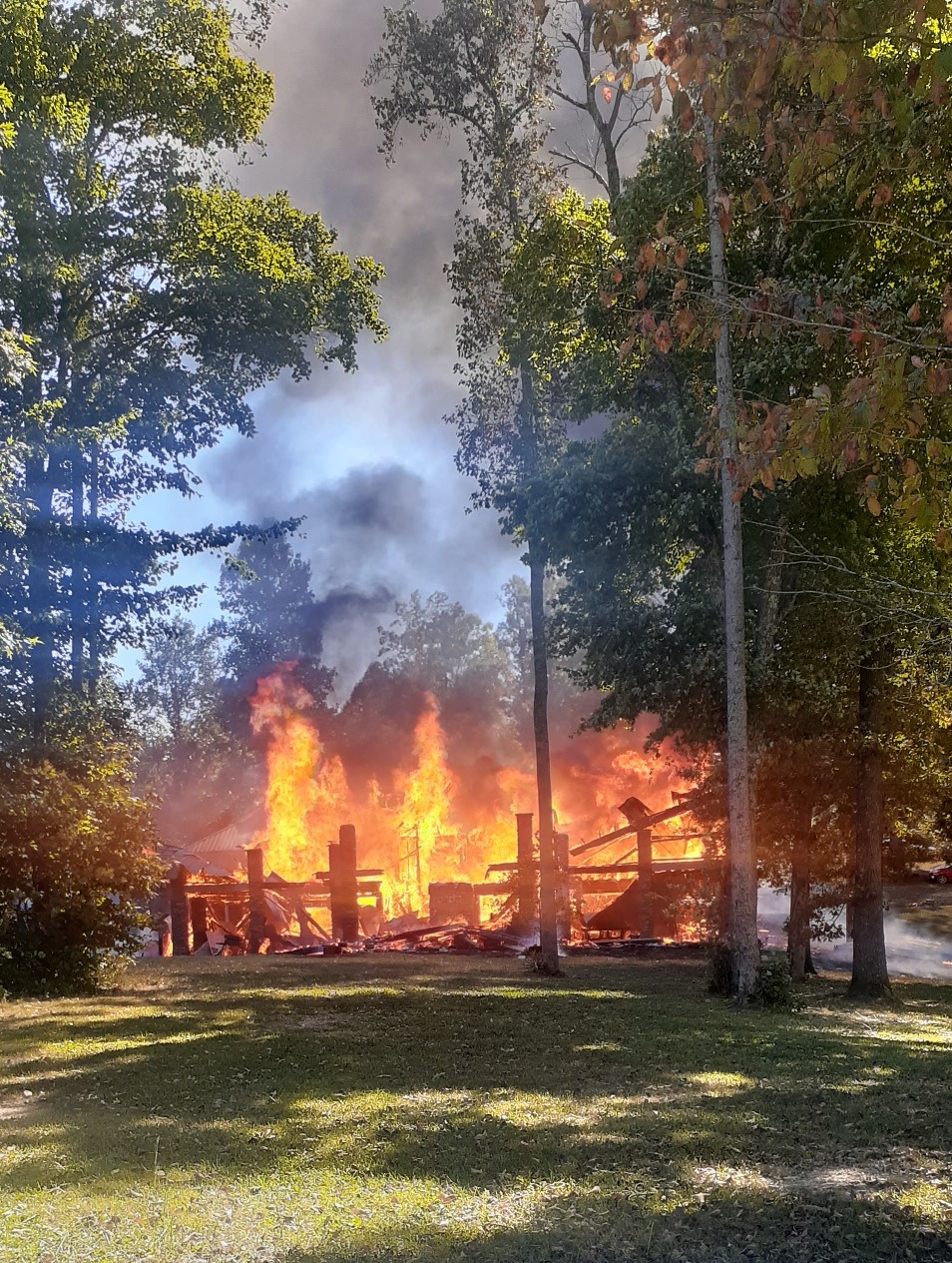 TOP PHOTO: A fire claimed a home on Friday afternoon.

JACKSBORO, TN (WLAF) – “It was a wind driven fire, and that is a very dangerous situation. It just swept through the structure,” said Daniel Lawson, captain with the Campbell County Rural Fire Service. A large home, just off Towe String Road near the River Road-Towe String Road intersection was lost to fire on Friday afternoon.

No one was at home when the call came in to central dispatch at 12:41pm, according to officials. Lawson suspects that since the house was off the main road, Towe String, that it may have been burning for a while before anyone noticed.