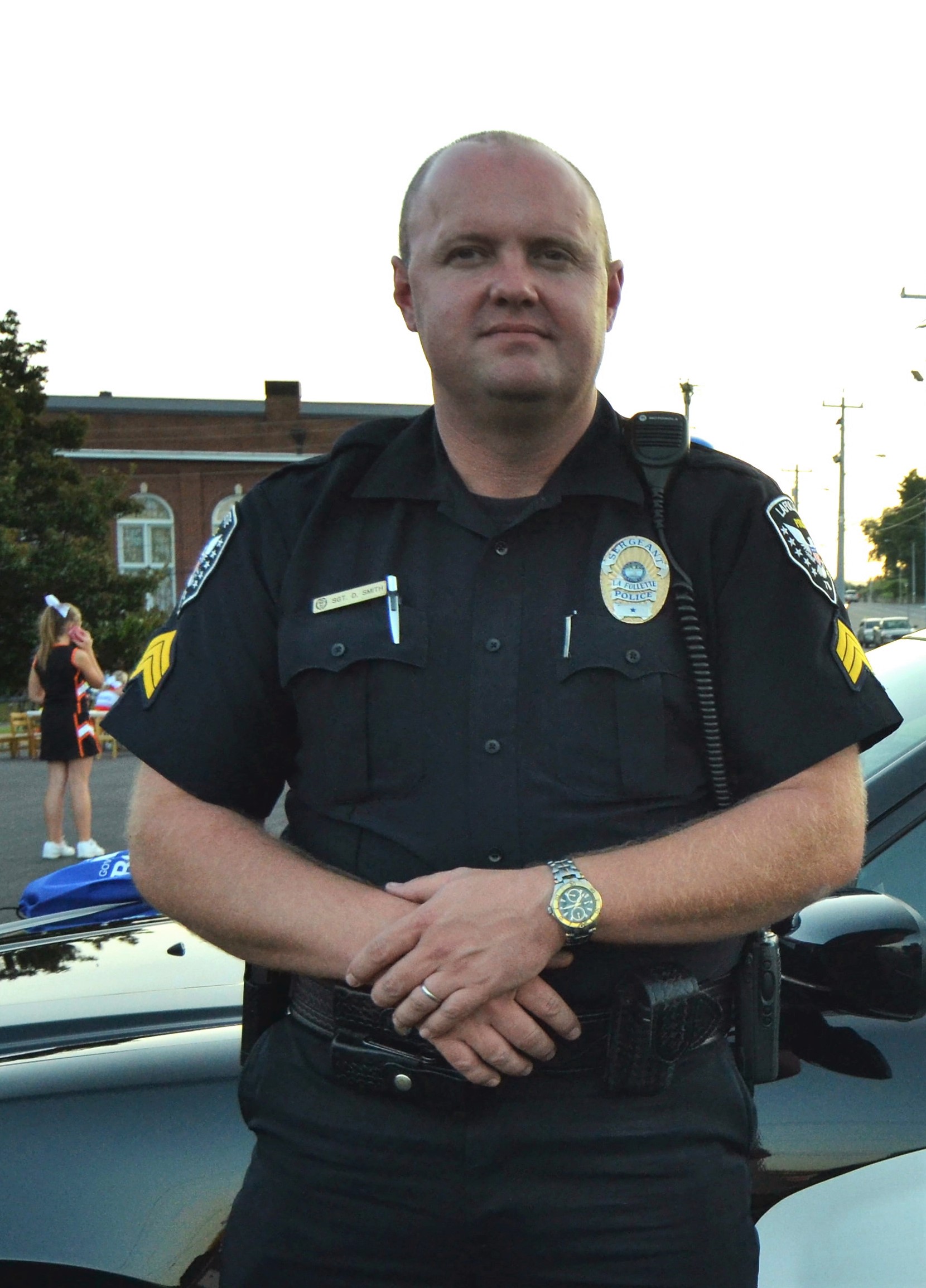 TOP PHOTO: LaFollette Police Sergeant Daniel Smith began his day Monday wearing a LaFollette Police uniform and before the day was out, he was wearing the Jacksboro Chief of Police badge. (PHOTOS COURTESY OF WLAF’S CHARLIE HUTSON)

JACKSBORO, TN. (WLAF)- Daniel Smith was prepared to make a career change but two in one day wasn’t on his agenda.

Smith, a 24 year law enforcement veteran, had agreed to leave his post at the LaFollette Police Department to become the assistant chief at Jacksboro. Before, he could be sworn in for that job, Smith was told he would be chief.

Jacksboro Mayor Shayne Green had asked Smith to meet with him Monday about the assistant chief’s position, Smith said. As he was making his way to Jacksboro, Jeremy Goins, who was the chief until midday, and Officer Allen Baumgartner resigned. Officer Jordan Husky had already resigned. This left Smith with a police force of one, Franklin Ayers, who ended up with the assistant chief’s job.”

“I am kinda overwhelmed,” Smith standing in the middle of the Jacksboro Police Station. “This is the biggest change in my professional life in 20 years.”

Smith was employed with the LPD until today (Monday). Explaining the situation to LaFollette officials, Smith said he started the new job immediately.

Ayers, a 15 year law enforcement officer, has been with JPD 9 years.

Currently, the JPD needs to hire four officers, according to Smith.