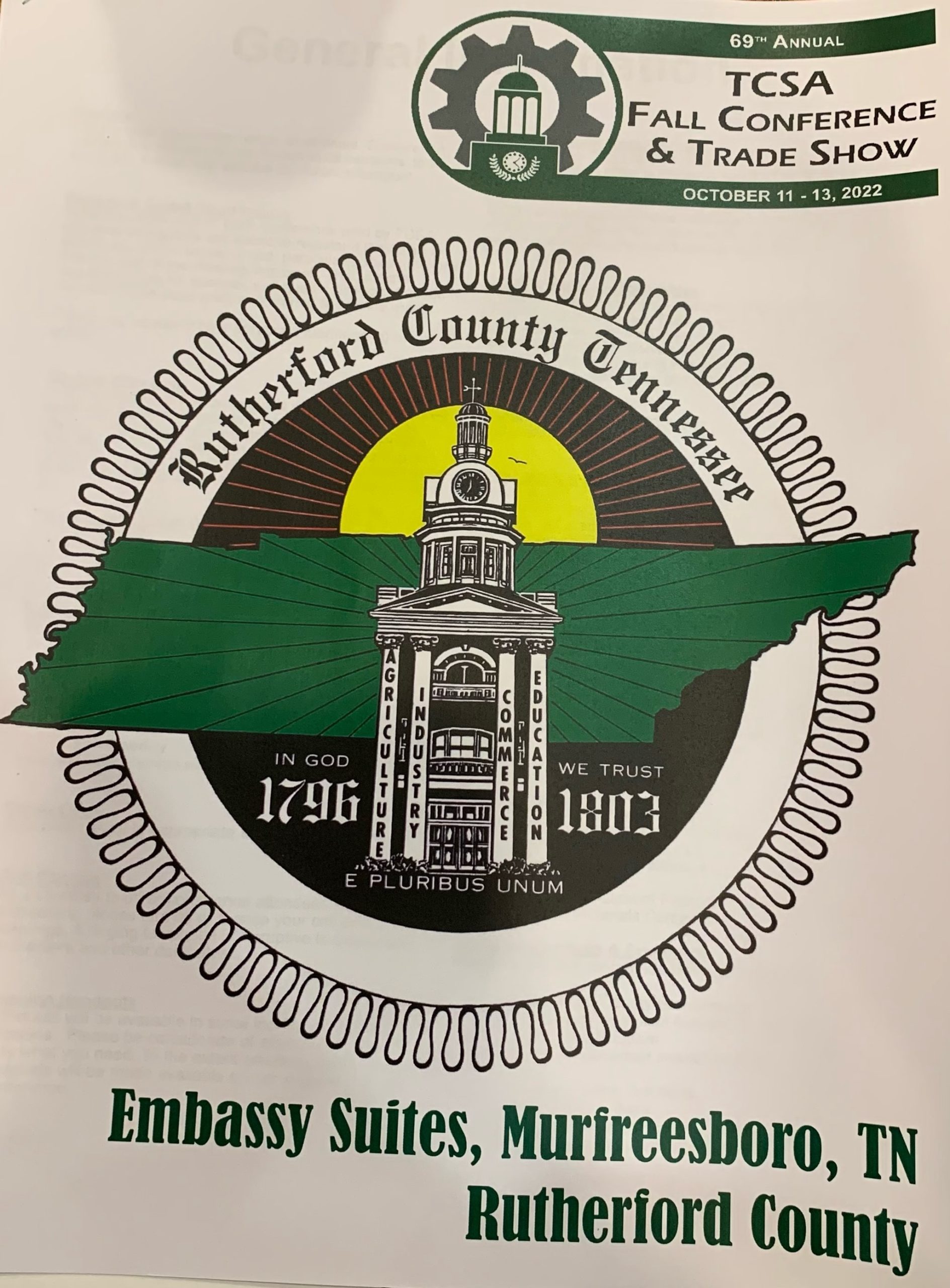 The annual Fall Conference and Trade Show is TCSA’s “major yearly event.” Highlights of this year’s conference included adoption of the legislative platform, board elections, and exhibits of county services and goods.

“We had breakout meetings about various issues that impact our county such as learning about funding changes and its effects on Campbell County,” Lynch said.  One of those changes is to how Tennessee is funding schools.

“The new funding program for schools is called TISA and is very different than the BEP program we were on before,” Lynch said, explaining the TISA program would adjust yearly rather than being “set in stone like BEP,” among other changes.

Lynch also went through other training sessions on compliance on federal funding laws, meetings on “details every county mayor and commissioner should know about their county jail system, along with details on K-12 school funding.”

Campbell County Commissioners attended their own breakout meetings and board elections.  Several local commissioners were elected to serve on various TCSA state boards.

County Commission Chairman Johnny Bruce was elected to serve as Chair of the State Education Committee and Commissioner Zachary Marlow is now the Vice Chairman of the Governmental Affairs Committee. (WLAF NEWS PUBLISHED – 10/13/2022-6AM)