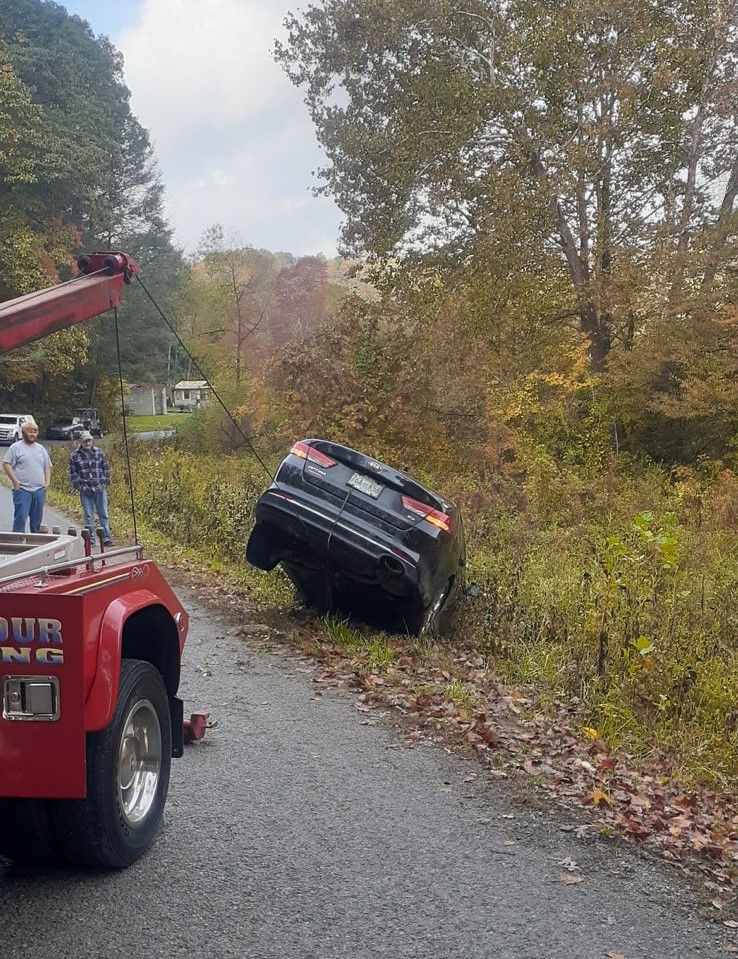 TOP PHOTO: The first accident of the day was north of La Follette.

LAFOLLETTE, TN (WLAF) – A morning of wrecks began in the 6am hour today followed by four more; all within a four hour span.

The first mishap involved a car going off the road and down an embankment on Davis Creek Road just up from the Duff turn off near Cotula. The driver, alone, was not injured.

Just after 7:30am, a car hit a tree based on the call in to Central Dispatch. The car went off the road at 1521 Pinecrest Road near Willy White Lane. There were no injuries.

A Ford Ranger pick-up truck flipped onto its top on Highway 441, the Norris Freeway, not long before 9am. The driver was said to be out of the truck and walking around. The mishap occurred in the section of Campbell County between the Norris Dam West Overlook and the Norris Dam.

One person, the driver, was injured in a single-vehicle wreck on Pleasant Ridge at 10:22am. Reports are that the car hit a utility pole on Davenport Road.

2 Replies to “ATV wreck is fifth mishap of the morning”