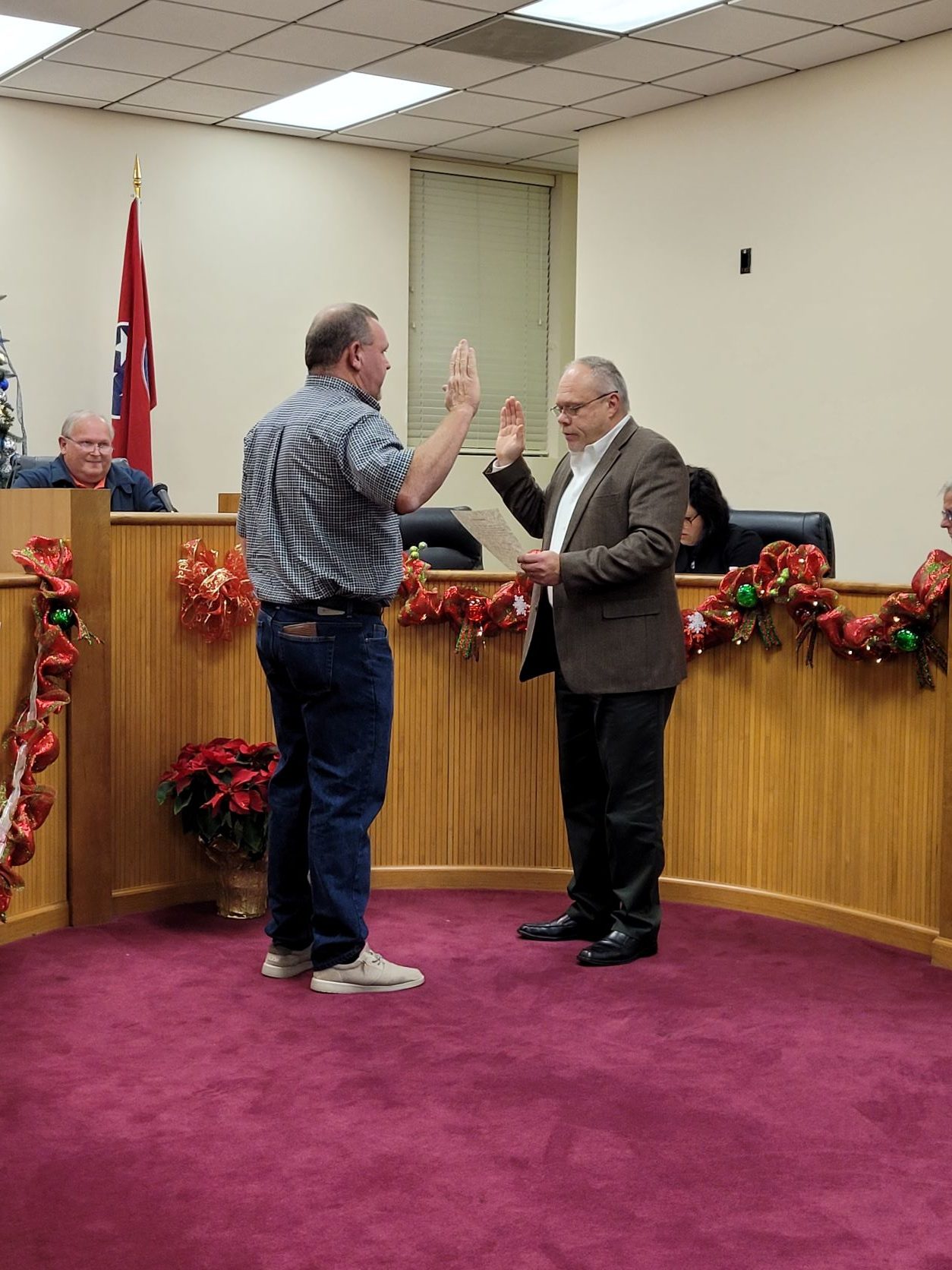 LAFOLLETTE, TN (WLAF) – Bryan St. John was appointed in December to fill a vacant council seat for the City of La Follette until next month’s election. St. John arrived on council after Councilman Phillip Farmer took over as mayor when Mike Stanfield was ousted from office.

St. John qualified to run for one of the two council seats that is up on Nov. 8. He put up signs, and the campaign was underway.

On Thursday, WLAF noticed that some of St. John’s signs had been taken down. WLAF News contacted St. John about the status of his campaign, and he confirmed that he had withdrawn from the race. “He notified me this morning (Thursday) that he’s withdrawing,” said Mallory Rosenfeld, Campbell County’s Administrator of Elections.

The withdrawal deadline has come and gone, and that means St. John’s name will be on the ballot when early voting begins Wednesday. Given that, St. John could still win one of the council seats, and what happens if he does?

“Should he win, he’ll have the option of accepting the post, and he if declines, he’ll have to resign,” added Rosenfeld. “That would mean that council will have to appoint someone to fill the vacancy until the November 2024 election,” said La Follette City Attorney Reid Troutman.

LaFollette also has a mayor’s seat along with the two council seats on the ballot. The mayor’s term is for two years and will fulfill the term vacated by Mike Stanfield’s ouster. Those who have qualified to run are Bill Archer, Joe Bolinger and Cliff Jennings. The council seat candidates are Mike Evans, Stephanie Grimm- Solomon, Jimmy Marlow, William “Chuck” Queener, Bryan St. John and Lonnie “Hotrod” Wilson. These are four year terms.