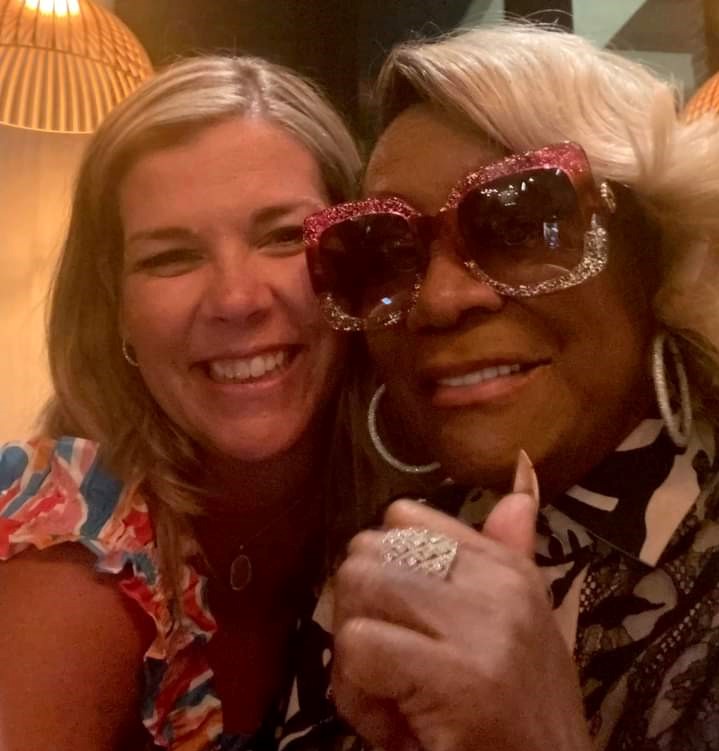 TOP PHOTO: Raewyn Tamer Snodderly and the “Godmother of Soul” Patti LaBelle. Snodderly, a local Pharmacist at Terry’s Pharmacy was in the right place at the right time on Monday evening to save LaBelle from choking at a hotel restaurant.

LAFOLLETTE, TN (WLAF) Local Pharmacist Raewyn Tamer Snodderly of Terry’s Pharmacy was in the right place at the right time with the right training to save American singer and actress Patti LaBelle’s life.

Snodderly, along with several family members, had traveled to Florida for a long weekend and business trip on Thursday of last week. According to Snodderly, it was one of those trips that had a “definite set plan” but things kept happening and changing those plans.

A nail in a tire delayed Snodderly’s Sunday evening trip home from Florida and put her in the right place at the right time on Monday night – the same restaurant where Patti LaBelle was having dinner and suddenly began choking.

When Snodderly realized Ms. LaBelle was choking and unable to breathe, she immediately did what she was trained to do – and performed the Heimlich on LaBelle three times.  After the third attempt, the food was dislodged, allowing her to breathe again.

Ms. LaBelle was in town for a charity concert in Florida. She was so “grateful and gracious,” she provided concert tickets. Unfortunately Snodderly had to be back home to LaFollette and was unable to attend. Martha Hill, who is also from LaFollette and was having dinner with Snodderly and others, was able to stay and use the concert tickets.  During the concert, Ms. LaBelle presented flowers for Snodderly and told the story on stage about how she had been saved. Hill was brought on stage to accept the flowers on Snodderly’s behalf.

Snodderly said she felt like “God had put her in the right place at the right time to help someone” and that it was her medical training as a Pharmacist that allowed her to follow through with that help.

According to Snodderly, for pharmacists, “it’s not just counting pills.” They receive extensive training and certifications, and this helped her in a time of crisis.

“This is why every person needs to know CPR, the Heimlich and other life saving training; you truly never know when and where you will need it,” Snodderly said.