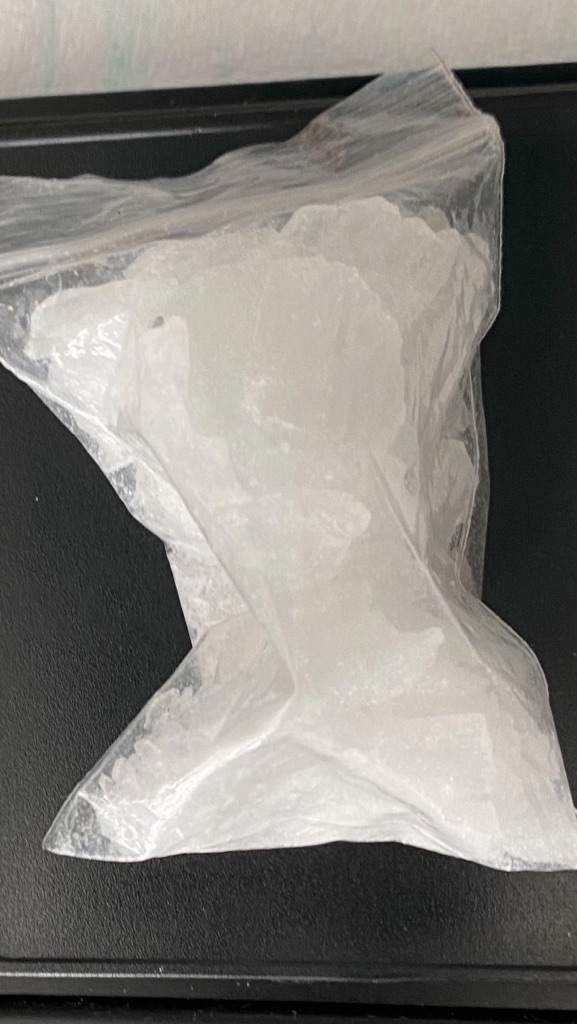 TOP PHOTO: Based on the report from the sheriff’s office, deputies located a felony amount of methamphetamine (meth) in a car during a traffic stop.

JACKSBORO, TN (SPECIAL TO WLAF) – Patrick Lynn Henderson sits in the Campbell County Jail this morning a week after he was arrested on drug charges by Campbell County Sheriff’s Deputies.

In the predawn hours of October 27, as Henderson drove his Volkswagon Jetta through the parking lot at Walmart, a deputy made a traffic stop after seeing a cracked windshield on the Jetta. The stop prompted the deployment of CCSO Deputy K-9 Daisy for an open air sniff. Daisy alerted and a search of the car followed.

Based on the report from the sheriff’s office, deputies located a felony amount of methamphetamine (meth) along with Xanax and drug paraphernalia inside the Volkswagon.

Sheriff Wayne Barton commends his deputies on the traffic stop which led to the narcotics arrest.

Patrick Lynn Henderson, 36, of 1332 Sumac Drive, Knoxville, is facing multiple charges including windshield law, assault simple, possession of schedule II meth for resale and a schedule IV controlled substance. Henderson, due in court on Nov. 15, was booked into the jail at 6:55am on October 27 and has a $20,000 bond. (WLAF NEWS PUBLISHED – 11/04/2022-6AM)