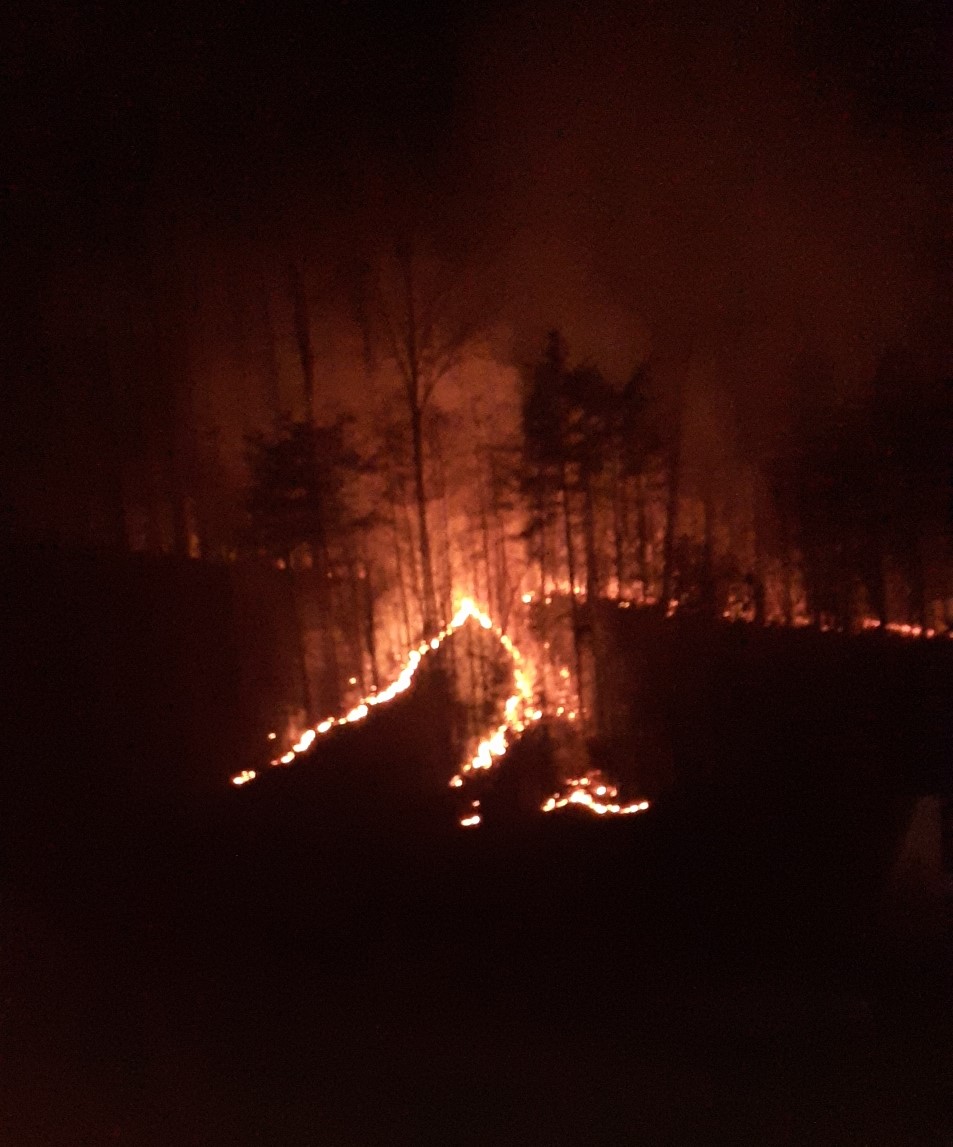 TOP PHOTO: Two different areas in the Stoney Fork community suffered from fires. This photo is from the fire around Chaska at Chadwell Lane.

STONEY FORK, TN (WLAF) – As of the today’s early morning hours, two of the three active forest fires in Campbell County have been 100 percent contained. The other is at 85 percent.

A fire that has been a problem for days near Highway 25W between Chaska and Morley is 100 percent contained after it burned 357 acres, according to the Tennessee Division of Forestry. Firefighters with White Oak Fire Department, the Forestry Service and other firefighters saved three homes last night at this fire where three bulldozers were used. At 6589 Stoney Fork Road is where 125 acres were taken by fire, and now 100 percent of that fire is contained.

Of the three forest fires, one is still active. That’s at 656 Stoney Fork Road where 85 acres have been burned, and the containment is at 85 percent as of 3am Friday.

There is a footnote to those fires. A pick-up truck wrecked last night on Little White Oak Road. The truck flipped over off the road, caught fire and started a forest fire that burned four to five acres before it could be extinguished.