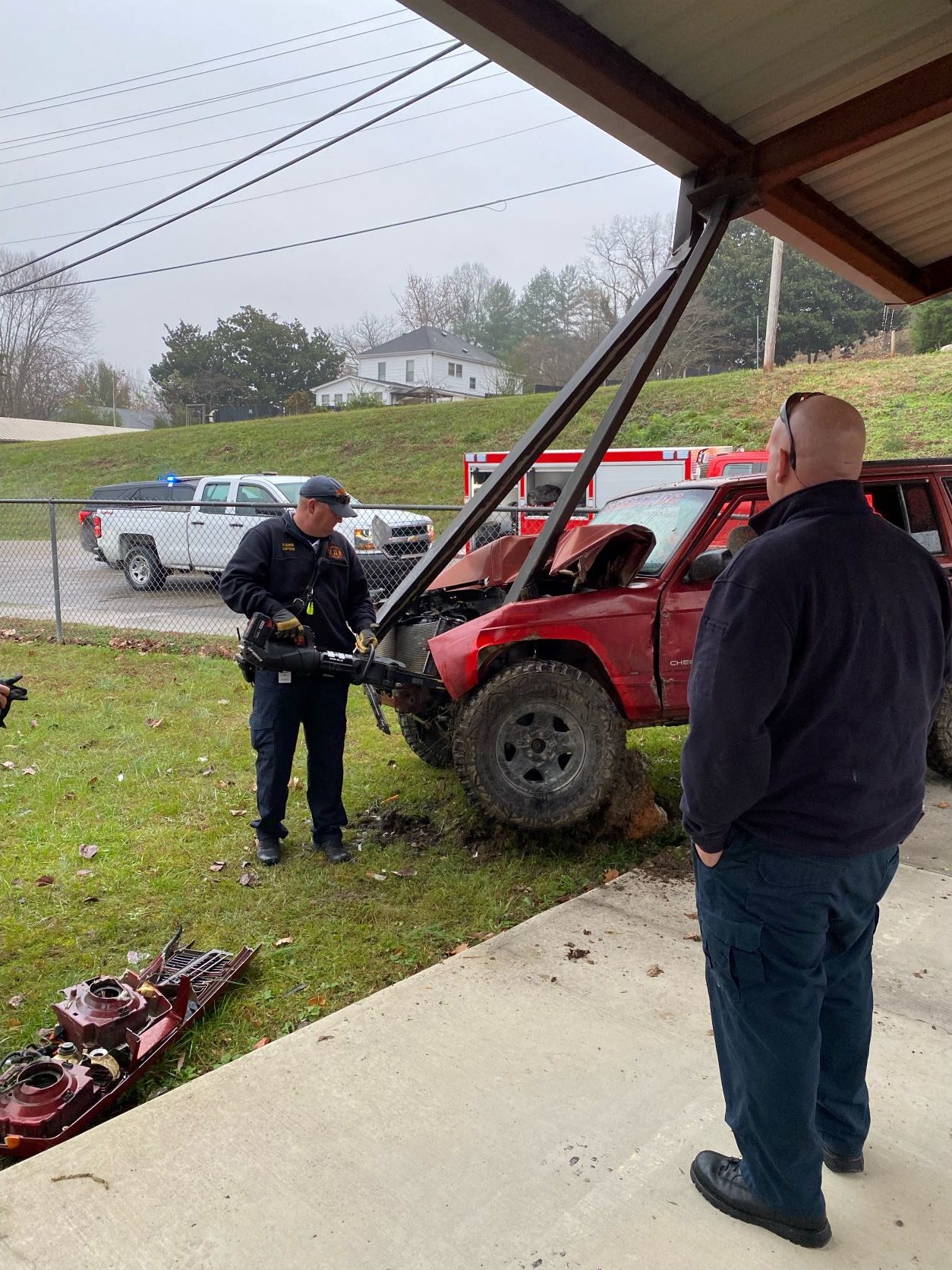 LAFOLLETTE, TN (WLAF) – There was a crash and dash on West Beech Street just after 7:30 this morning. The driver of the Jeep was soon located and taken into custody by officers with the La Follette Police Department. The Jeep took out one of the supports that holds up the long awning leading from the street to the Edison Brown Gym at the La Follette Community Center.

The morning of wrecks started at 6:40am with four vehicles wrecking at Mile Marker 132, near the Vasper Bridge, on I-75 on the southbound side. Two vehicles ended up in the median and the other two in the emergency lane. There were no injuries. As a result in the lane closings to clear that wreckage, there was another wreck in the backed up traffic at Mile Marker 134 (Caryville Exit).

Around 7:30am, there was a wreck in the Jacksboro Middle School School Zone. That was in the left lane on the Caryville bound side.

In the midst of all these other mishaps, an 18-wheeler caught fire at Mile Marker 144 (Stinking Creek Exit). That shutdown both northbound (correction – southbound)lanes.

At 8:23am, there was a two vehicle wreck on Island Ford Road at Liberty Street. One person is injured in the sixth reported wreck of the morning in under a two hour span of time. (WLAF NEWS PUBLISHED – 11/15/2022-8AM-PHOTOS COURTESY OF JOHNNY BYRGE AND CVFD CHIEF EDDIE HATMAKER)