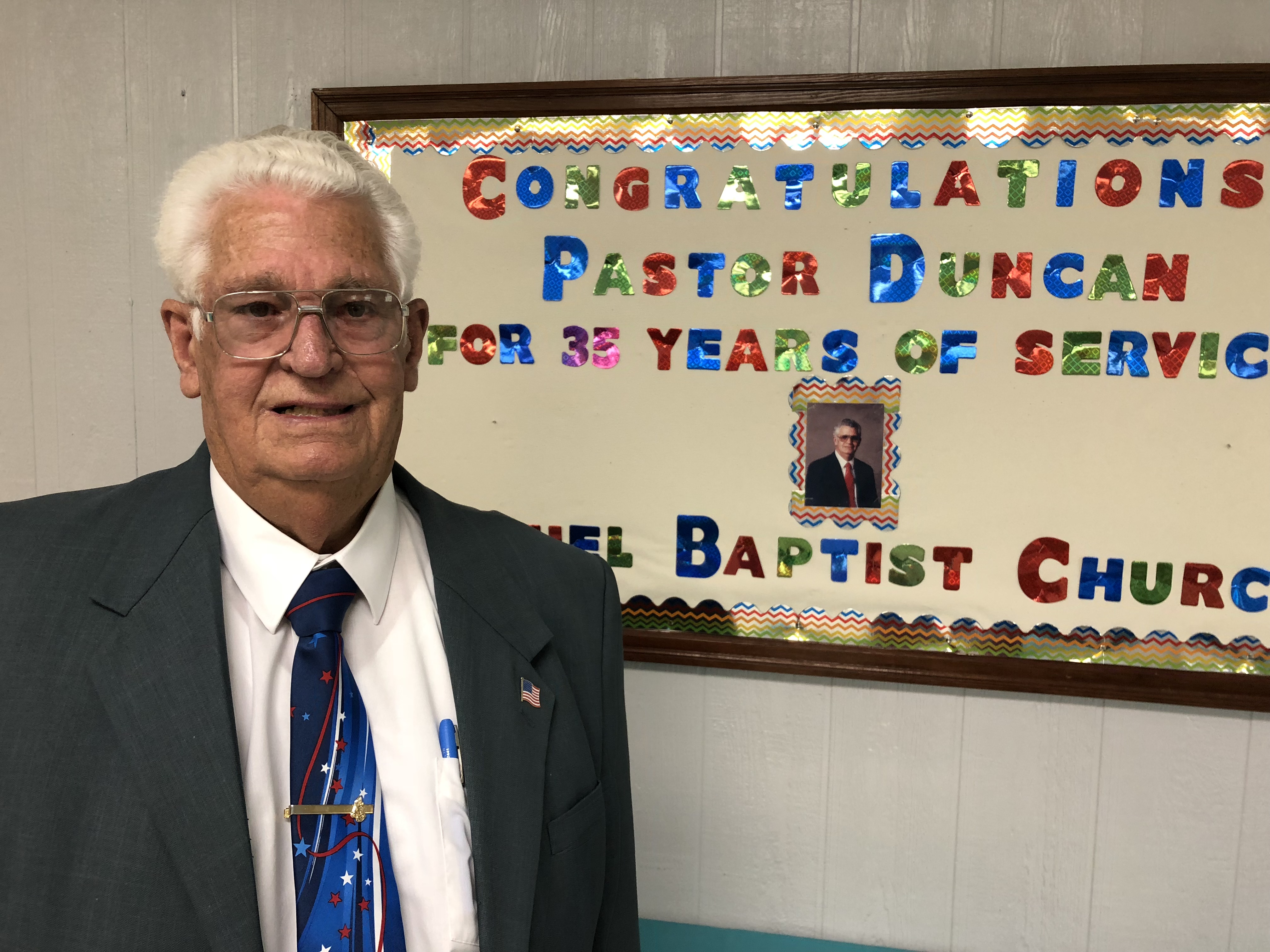 Dr. Clarence Duncan now with a photo of himself 35 years ago at the age of 50.

JACKSBORO, TN (WLAF) – It was a dual purpose celebration on Saturday atop Hatmaker Ridge at the Bethel Baptist Church Family Life Center.  Dr. Clarence Duncan marked his 35th year at the church along with his 85th birthday.

(VERY TOP PHOTO)  Jane Duncan and Clarence Duncan, husband and wife, each received certificates of appreciation on Saturday to a standing ovation.

Duncan turned 85 on July 23 and Aug. 5, 1984, was his first day in the pulpit at Bethel Baptist Church.  Given the fact that the personable Duncan was told more than 40 years ago that he’d never preach again due to a heart condition makes Saturday’s event even more special.  “I’ve had five pacemakers, the first at age 46, and I never thought I’d live to be 85,” said Duncan. 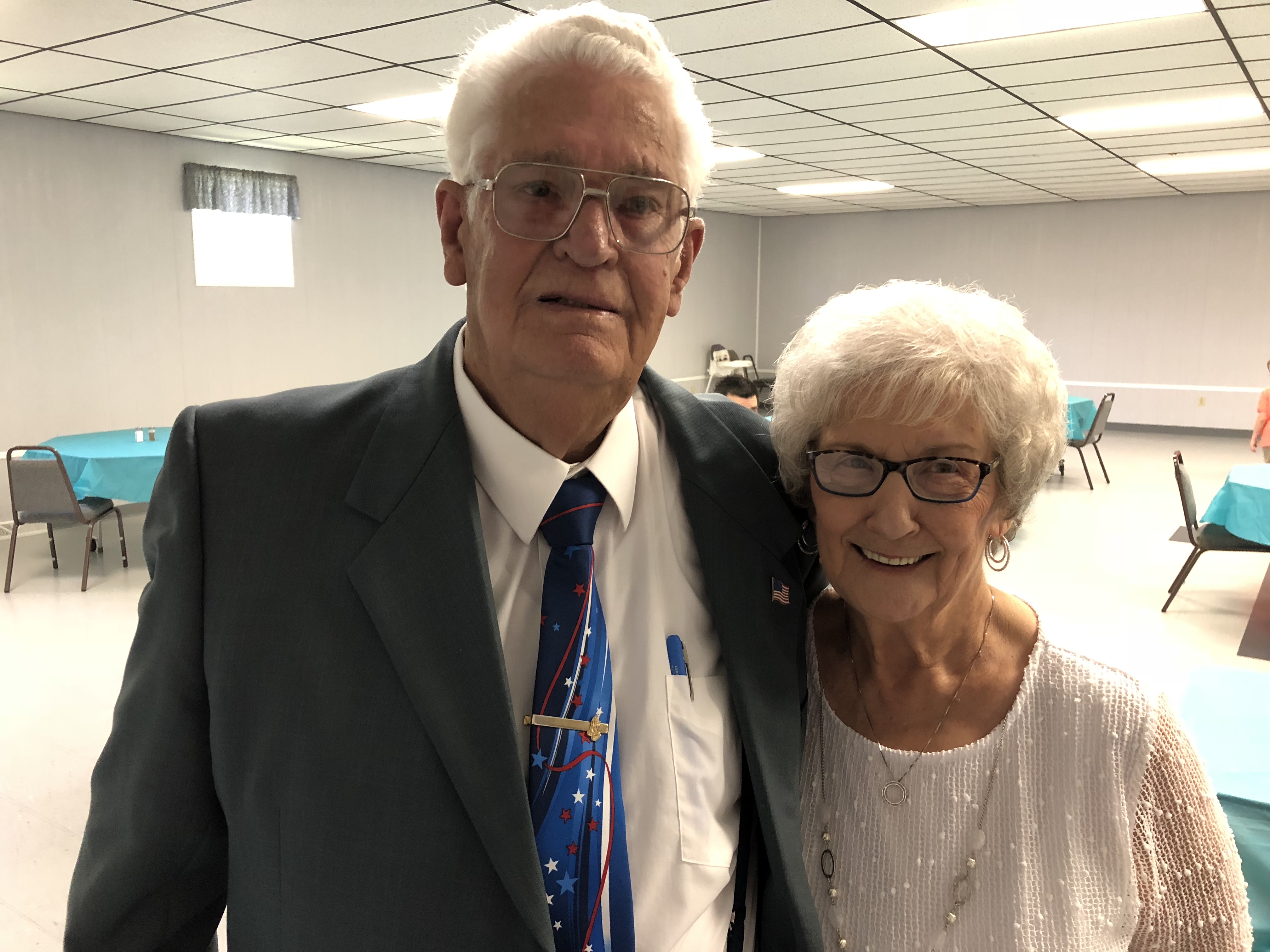 When asked what has carried him all these years, Duncan quickly responded, “Oh, the love of the Lord and my precious wife.  She’s the best.”  The couple married as teenagers and raised seven children.  The couple met in church and was married in that church, Pleasant View Baptist Church on Black Oak Ridge in Anderson County, in 1952.

Once Duncan quit the coal business and gave in to the Lord’s strong urging to enter the ministry, he was on a path to his 35 years at Bethel Baptist Church.  “It was a Sunday night at Pruden, Speed Powers was the preacher, when I surrendered to preach at that little church.  It was on the right as you head to Fonde,” Duncan said. The next morning, Duncan headed to Williamsburg and bought air time on WEZJ, and that was his first step in his ministry.

Duncan’s ministry travels started on radio and then to churches in Laurel County, Kentucky, a short stint in the mid-1960s at Bethel Baptist Church, Roane County and finally at Bethel for a second time in 1984.  In between, were stops at the Kingston Children’s Center, the Dalton, Georgia, Rescue Ministry and Rock of Ages Prison Ministry in Georgia. 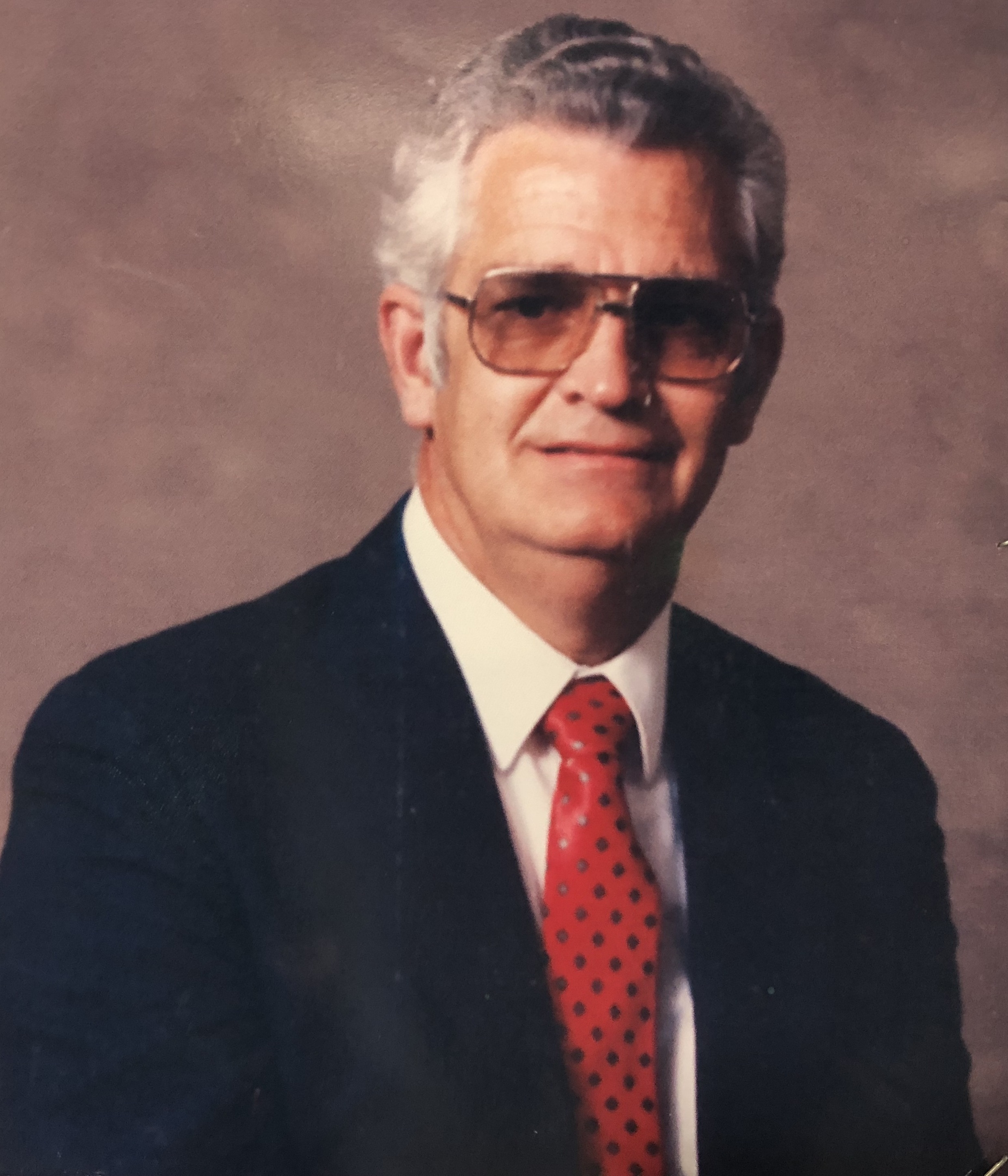 Duncan at age 50 when he returned to his native Campbell County for a second stint at Bethel Baptist Church at Jacksboro.

“Preacher Duncan married Tim and me in September 1987, and he has not only been our pastor but also a part of our family ever since,” Bethel Baptist Church member Carrie Mefford said. She feels blessed to have been able to raise all three of their children under Duncan’s teaching.  He also baptized the Mefford children.

Duncan, who was born at Clinchmore, was called to Bethel Baptist Church a second time; 1984.  He told the church. “I’m selling my home in Dalton, Georgia, to make my home here, and I’ll be here until one of us dies.” 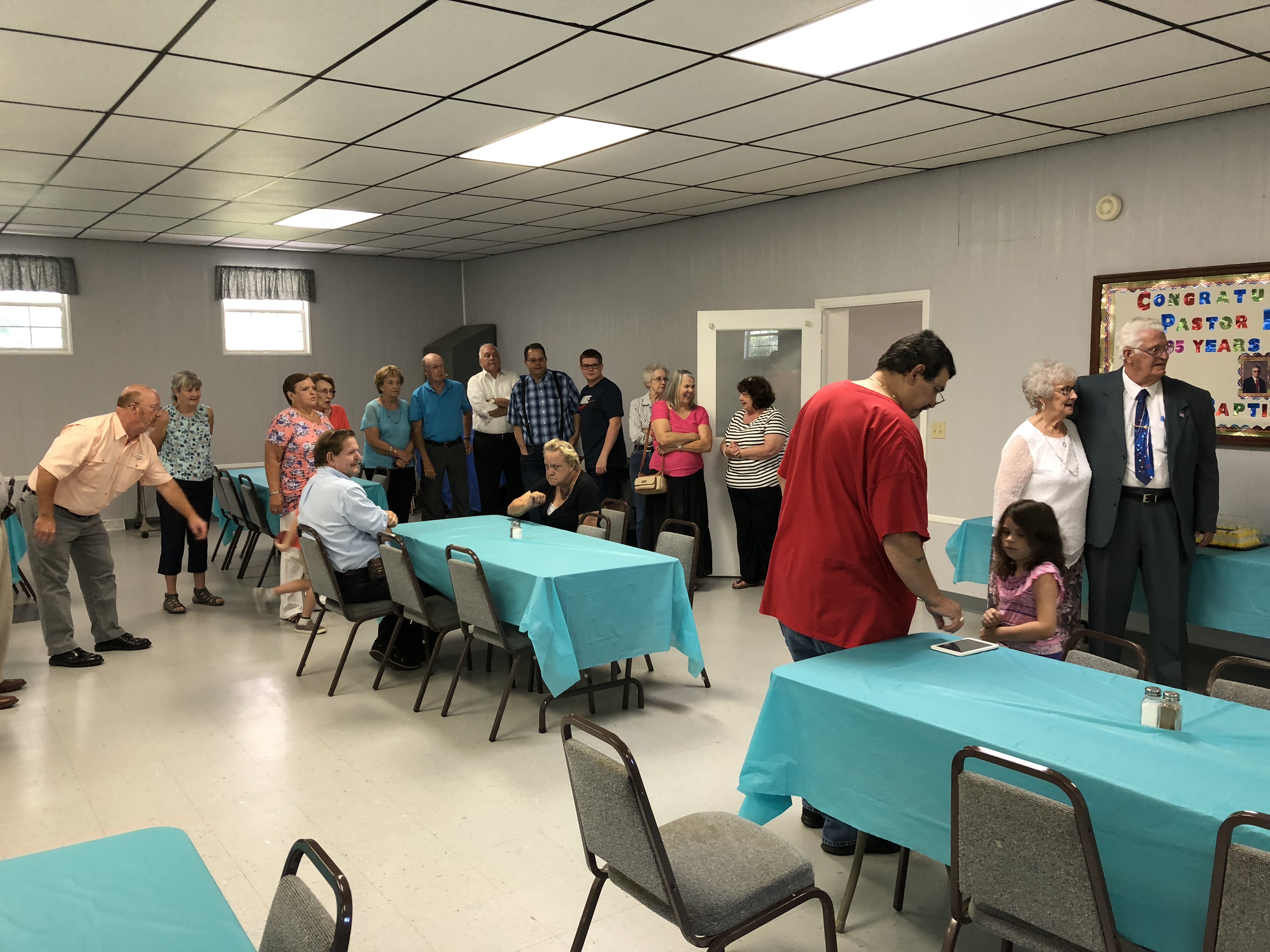