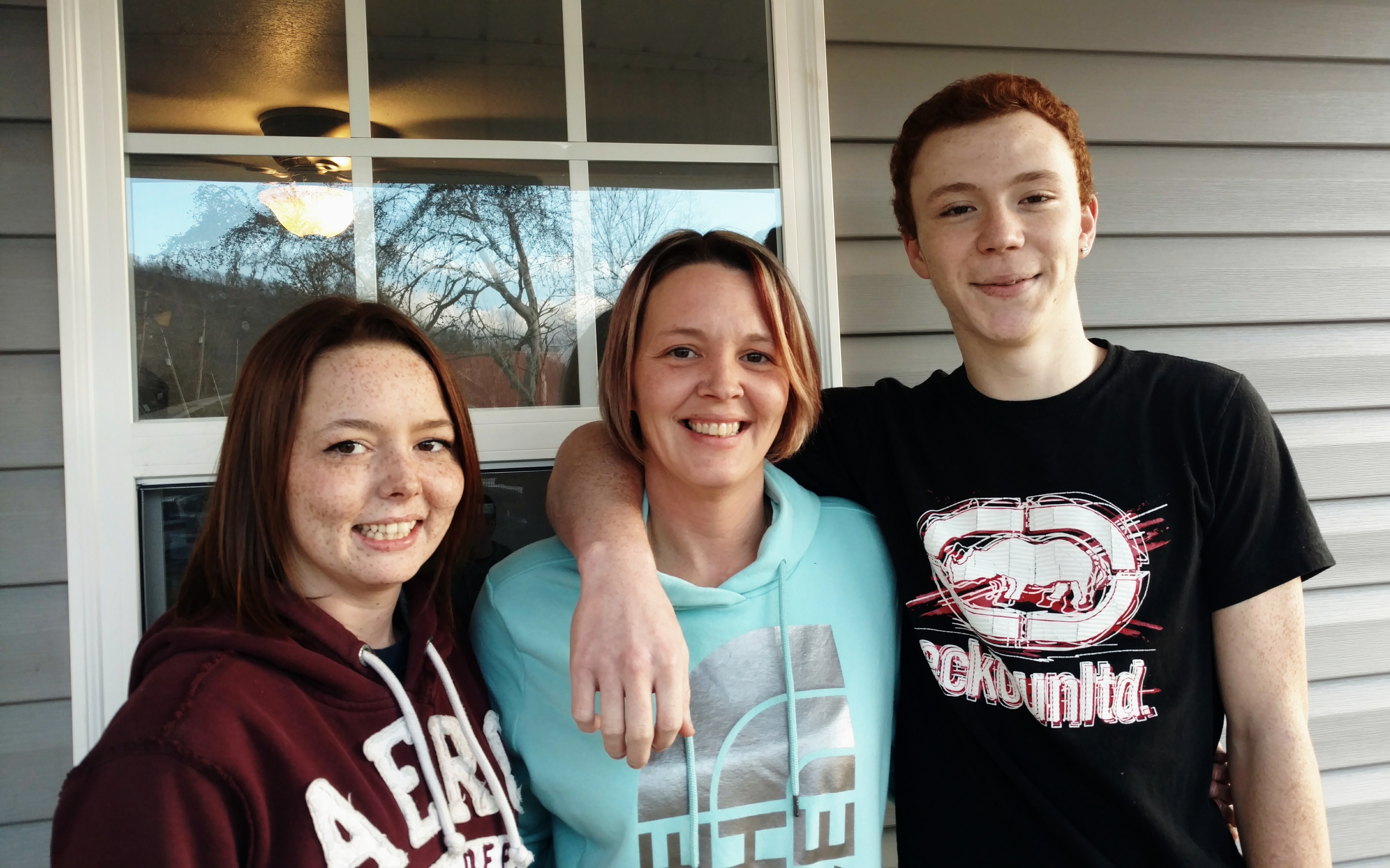 Habitat for Humanity’s newest homeowner Tiffany Brooks (center) with her son Joey Cooper, right and her daughter Brittany Brooks, left, stand outside the home on E. Fir Street in LaFollette.  WLAF’s Charlotte Underwood shares her story and more photos from Friday’s home dedication are further down this page.

LAFOLLETTE, TN (WLAF) - It's business as usual today at La Follette Middle School.  Thursday and Friday brought uneasiness and investigation after a bomb threat was found scribbled on a boys' bathroom stall in 7th grade hall.  The message was found on Thursday telling of a planned bombing on Friday.  No evidence of a bomb was found though school was dismissed Friday morning as a precaution while law enforcement swept the building for a third time since Thursday. TOP PHOTO:  Enter under the green canopy at the Feb. 6 Soup, Sandwich and Service event.

New Comcast agreement in the works for La Follette

LAFOLLETTE, TN (WLAF) - A new franchise agreement between Comcast and the City of La Follette will be discussed later today in the city's monthly workshop. 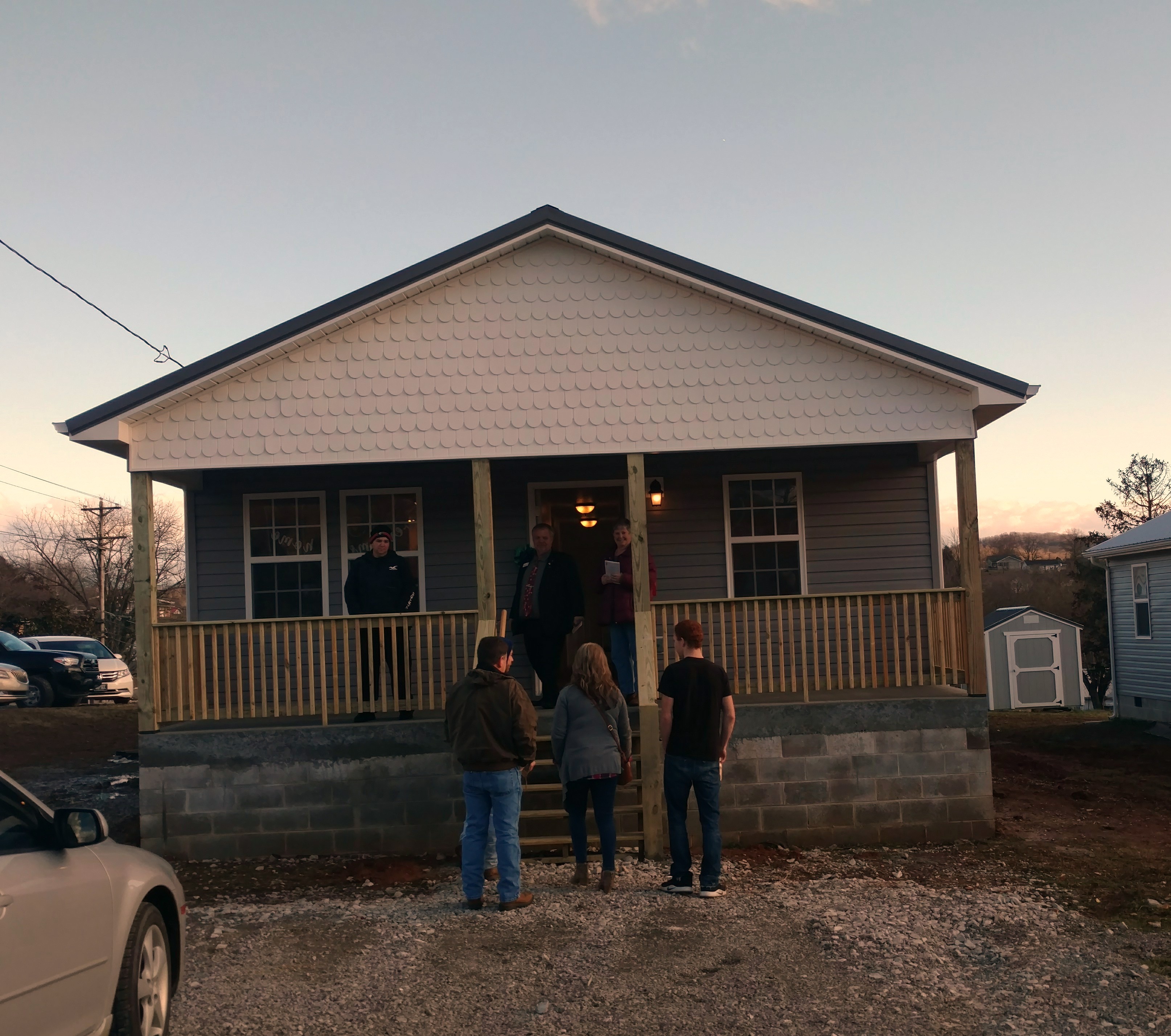 TOP PHOTO:  This is the 35th Habitat for Humanity House to be built in Campbell County. LAFOLLETTE, TN (WLAF) - The future looks bright for Tiffany Brooks, who is the newest recipient of a Habitat for Humanity House. A multitude of family, friends, and local volunteers gathered for the dedication ceremony held Friday afternoon. It was the 35th house built by Habitat for Humanity in Campbell County.

TOP PHOTO:   Anna Smith was surrounded by family and friends for her 100th birthday celebration. Miss Anna Smith, the "Queen of Bear Wallow" in Caryville turned 100 on Saturday.

BEAR WALLOW, TN (WLAF) - Anna Smith, "the Queen of Bear Wallow" in Caryville turned 100 years old on Saturday.  A birthday celebration was held at Bear Wallow Church on Sunday after church services were over. Anna was surrounded by her family and friends, grandchildren and great grandchildren for the centennial celebration. When asked how it felt to be 100 years old, she said it felt "just fine" and that she didn't really feel any different.

Miss Anna is from Bear Wallow and has spent most of her life in the area. She got her nickname, the Queen of Bear Wallow from Jehu Parks who was the pastor of Bear Wallow Church years ago. According to his wife JoAnn Parks, one of Anna's dear friends, her husband was the one who began the nickname and it stuck and everybody started calling her the Queen of Bear Wallow. Anna was in the area when the church began and even served as its janitor, taking "good care of the church," according to Parks. "She's just a wonderful woman who has always taken care of everybody around here, but she can be a monkey too," Parks said, adding that "Miss Anna" had been there when she was born. The 81-year-old Parks said Anna had always called her "her baby." "She knows about everybody in Caryville and everybody knows her," Parks said. Bear Wallow pastor Jerry Foust holds up the cake for "Miss Anna" on Sunday for her birthday party. Anna, known as the Queen of Bear Wallow, turned 100 on Saturday.

Anna's daughter Carol Smith takes care of her and said she had always been a good mother."She's doing great for her age. She doesn't have to take any medication and she still gets around good. She gets lots of visits from family and friends and we think that's what has kept her going strong all these years," daughter Carol Smith said.

Miss Anna still "takes care of the church" according to present day pastor Jerry Foust, who said he has known her for around 30 years, 15 of which he has been the pastor at the church.  "She's always been there for the church. Miss Anna is just the best woman you will ever meet. She's never met a stranger and is kind to everyone. She's helped a lot of people in our community and you'll never hear anybody say anything bad about her," Foust said.

Happy birthday " Miss Anna, the Queen of Bear Wallow,"  from all of us here at WLAF.  (WLAF NEWS PUBLISHED - 01/27/2020-6AM-PHOTOS COURTESY OF WLAF'S CHARLOTTE UNDERWOOD) JACKSBORO, TN (WLAF) - A Jacksboro family has a 350-pound door stop; not by choice. The games and Homecoming Festivities will be televised live along with radio coverage over the WLAF - Eagle Tire Pros Sports Network.  That's radio over AM 1450 and FM 100.9 with the telecast right here WATCH and also via Roku TV, Facebook, YouTube and Amazon Firestick. 'LMS dismissed out of an abundance of caution' - DOS Jennifer Fields

TOP PHOTO:  Jim Rogers, orange jacket, meets students as they come off a bus and walk into the La Follette United Methodist Church. The scene at the La Follette United Methodist Church late Friday morning as students are bused there from La Follette Middle School to the church, the school's safe haven, for parents to pick up their students or for students to be bused on home.

LAFOLLETTE, TN (WLAF) - After the discovery on Thursday of a threat scribbled on a bathroom stall at La Follette Middle School, further action has been taken by the Campbell County Board of Education and the Campbell County Sheriff's Office.  School at LMS was dismissed a couple of hours into the school day on Friday.  The threat was about a bomb for Friday.