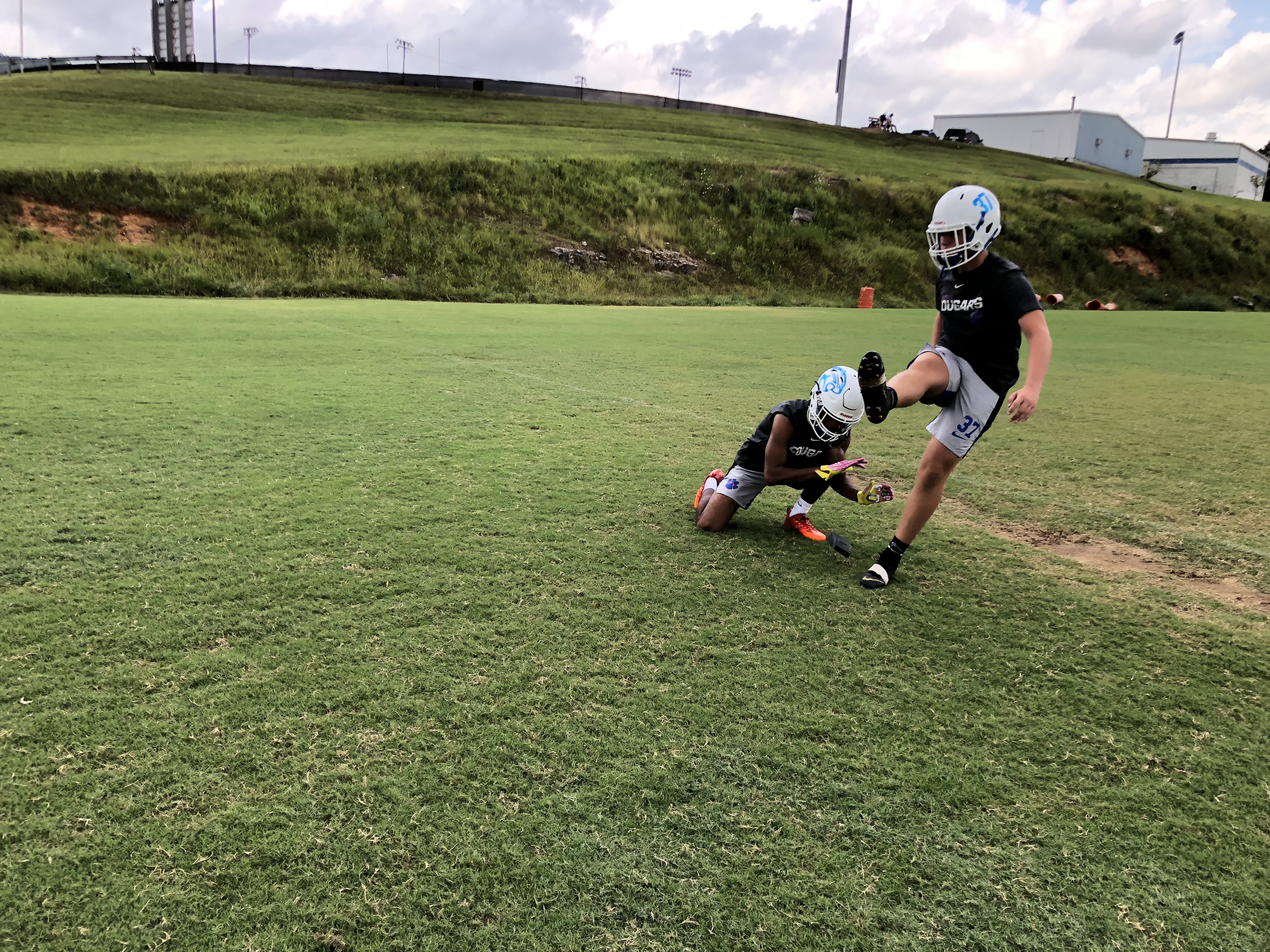 TOP PHOTOS:  Devlin Dukes catches Michael Brown’s long snap as Thomas Johnson kicks.  Johnson’s 25-yard field goal, that was good, was the last play of the day as the Cougars headed to the locker room as rain moved in.

Though we may not know if the head coach Justin Price will coach his team on the field tonight until later today as he continues to be with his son, Jackson, who was diagnosed with leukemia last week, he has a back up plan.  If he is not able to make it, his twin brother Matt will fill in.

Be prepared for rain tonight on The Hill as CCHS plays CCHS as the Cougars open their 2019 season at home against the Cocke County Fighting Cocks, out of Newport, on Fri., Aug. 23. Kickoff is 7:30 pm with live radio, television and internet coverage over the WLAF – B & M Tires Sports Network beginning at 7 pm. Les Martin, the Voice of the Cougars, and Brent Allen bring you the action. Martin returns for his ninth season behind the mic. (WLAF NEWS PUBLISHED – 08/23/2019-6AM)