LAFOLLETTE, TN (WLAF) – Cougar fans get the best of both worlds this season when listening and/or watching Campbell Football over the WLAF – B & M Tires Sports Network.  La Follette Press Sports Editor Robby O’Daniel will be offering his on-field thoughts at halftime on the radio and television and again after the game.     “I jumped at the chance to join Les and Brent for halftime and post game segments, and I look forward to providing a sideline reporter perspective to events,” said O’Daniel.

TOP PHOTO:  WLAF caught up with O’Daniel while he was on deadline on Wednesday morning at the Press. 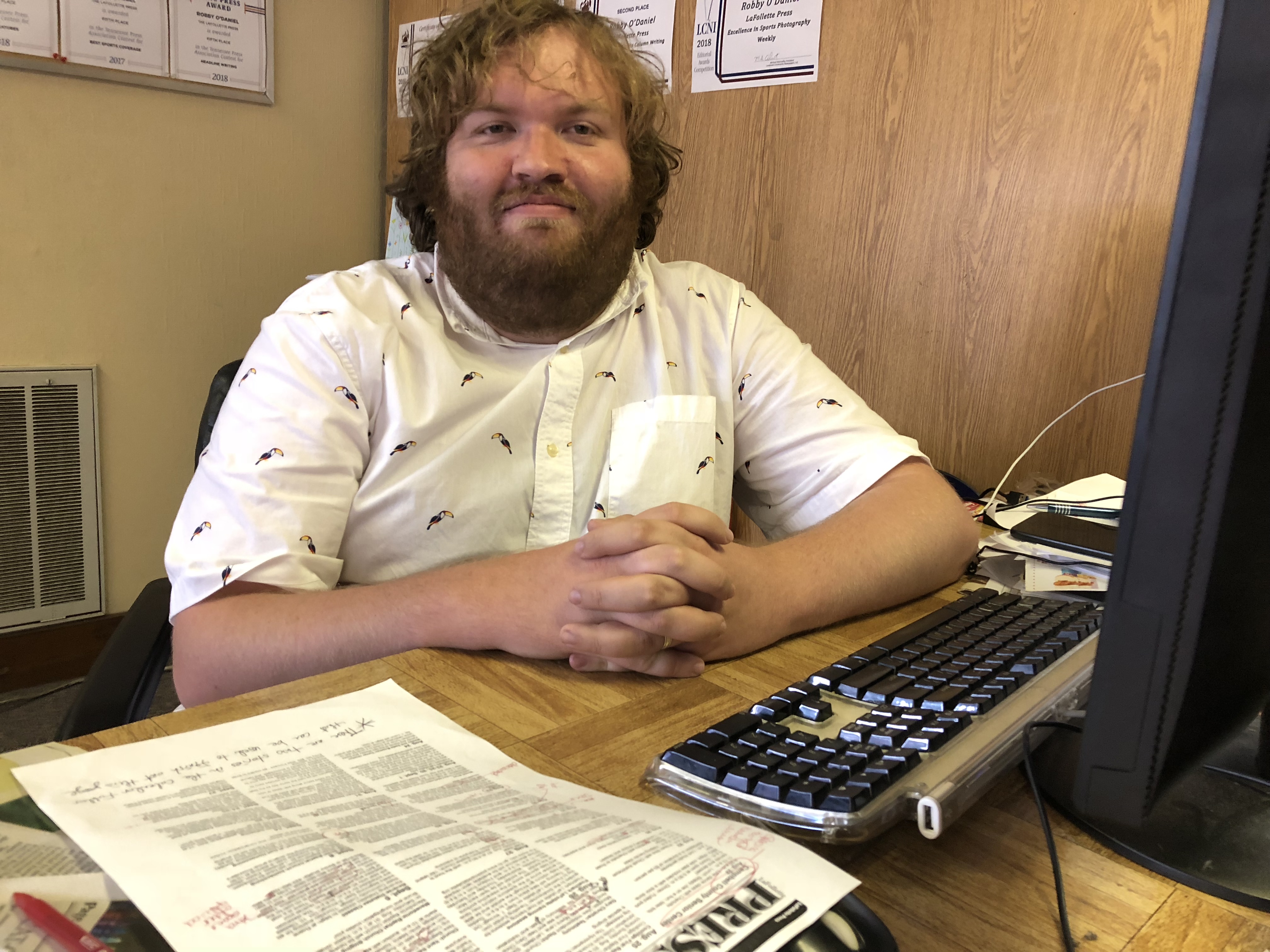 O’Daniel is co-host of Just Sports on Wednesday nights on WLAF-TV 12 and WLAF Radio.  He said, “I relish the opportunity to co-host ‘Just Sports.’ It is like a media pep rally before the Thursday and Friday football games. I love talking sports with Les and getting the opportunity to shine a light on student-athletes in the area. There’s just something great about being able to talk with coaches and players in long-form interviews, discussing the subjects you don’t think to ask about in quick post game chats.”   (WLAF NEWS PUBLISHED – 08/23/2019-3PM)