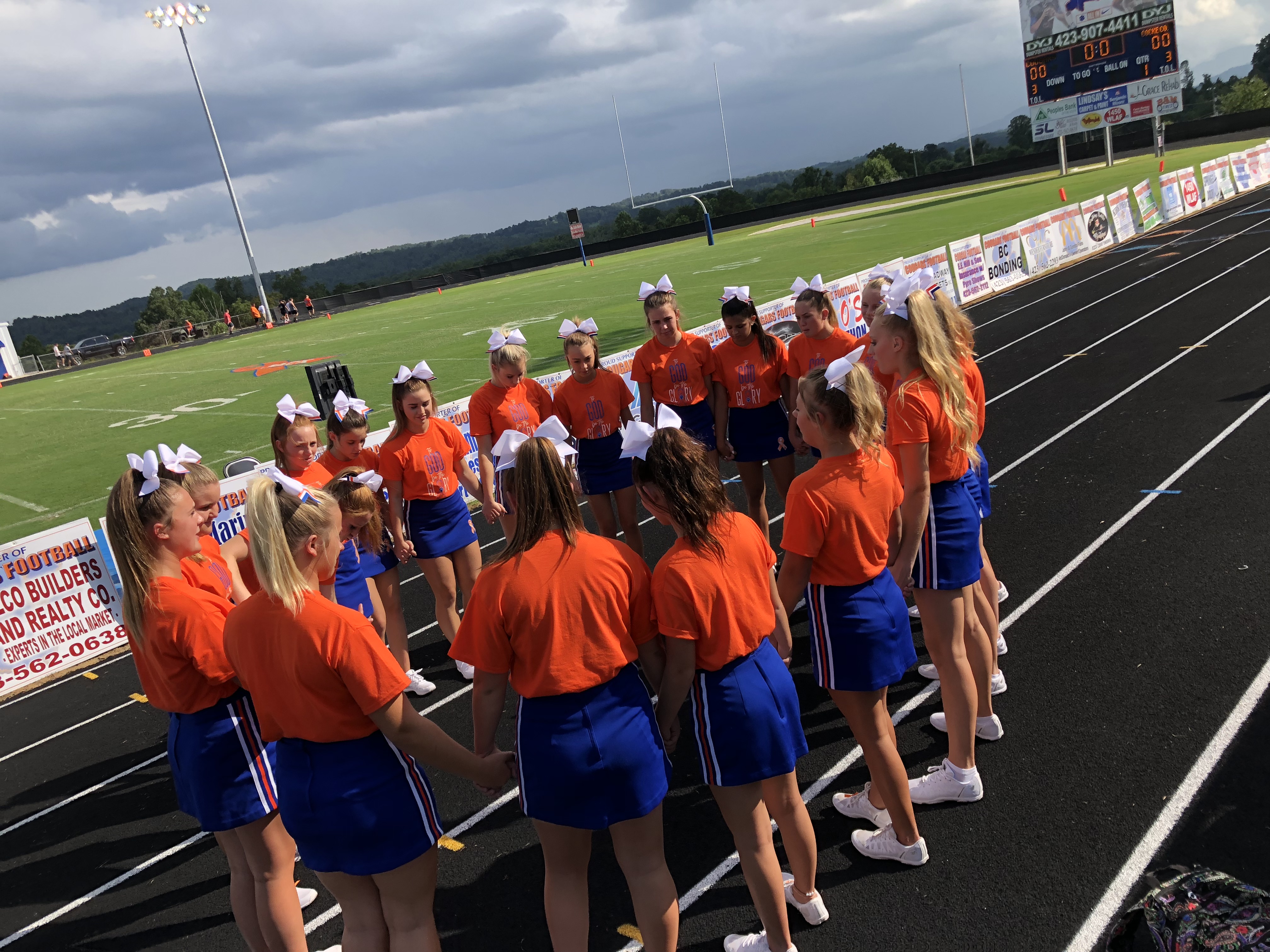 On the Cougar Track, CCHS Cheerleaders gather to send up a prayer for Jack (Price) long before Friday’s kick-off.

LAFOLLETTE, TN (WLAF) – It’s Game Day!  WATCH the Cougars game versus Cocke County right here.  WLAF, like everyone else, is counting down to tonight’s kick-off of another exciting season of CCHS Football. 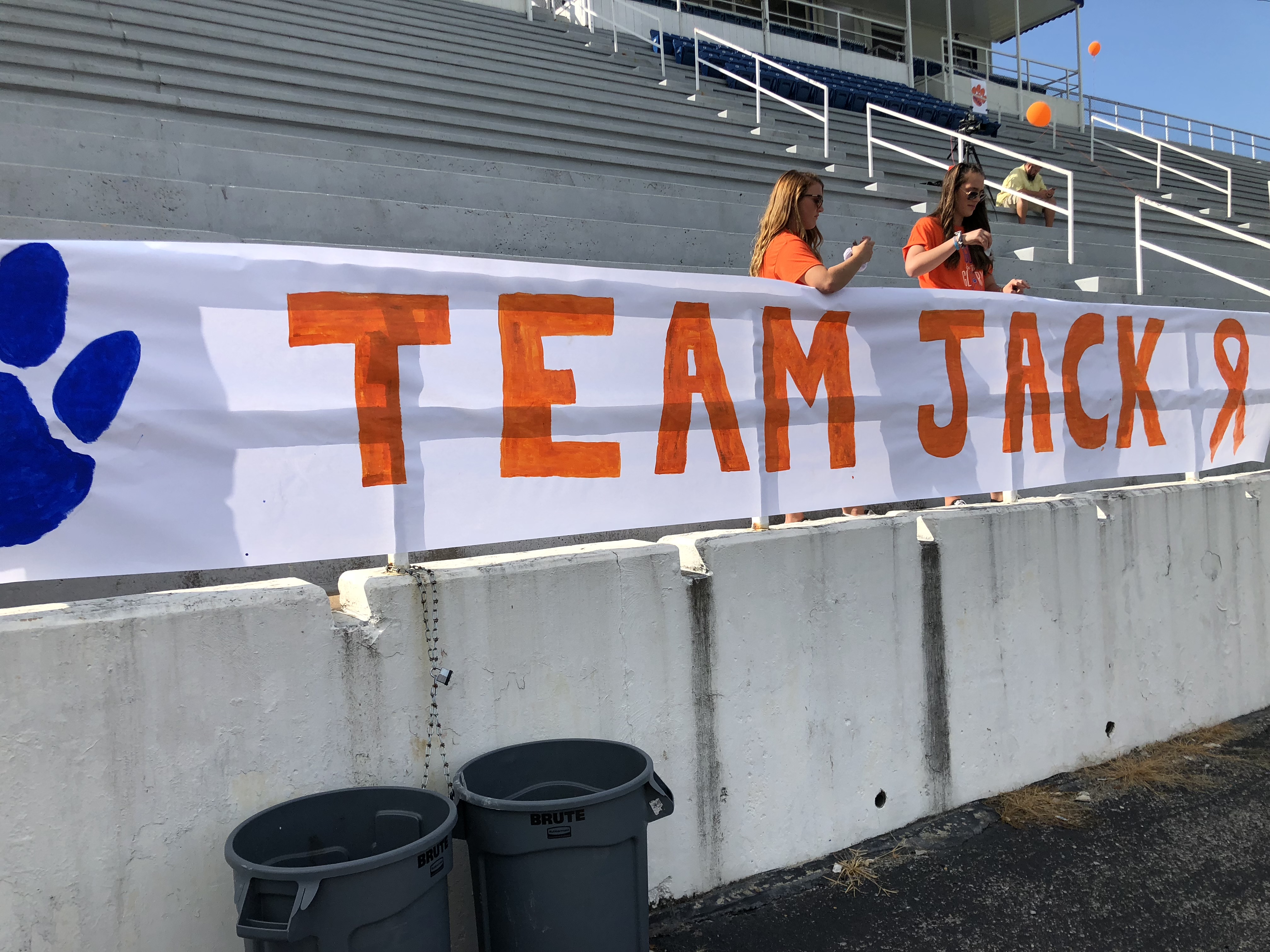 WLAF was there broadcasting live when former Vol Rodney Harkleroad’s 1975 inaugural Cougar Football Team took to Blankenship Field at Oak Ridge.  Here in Season 45, WLAF is gearing up for another broadcast season of Campbell County High. 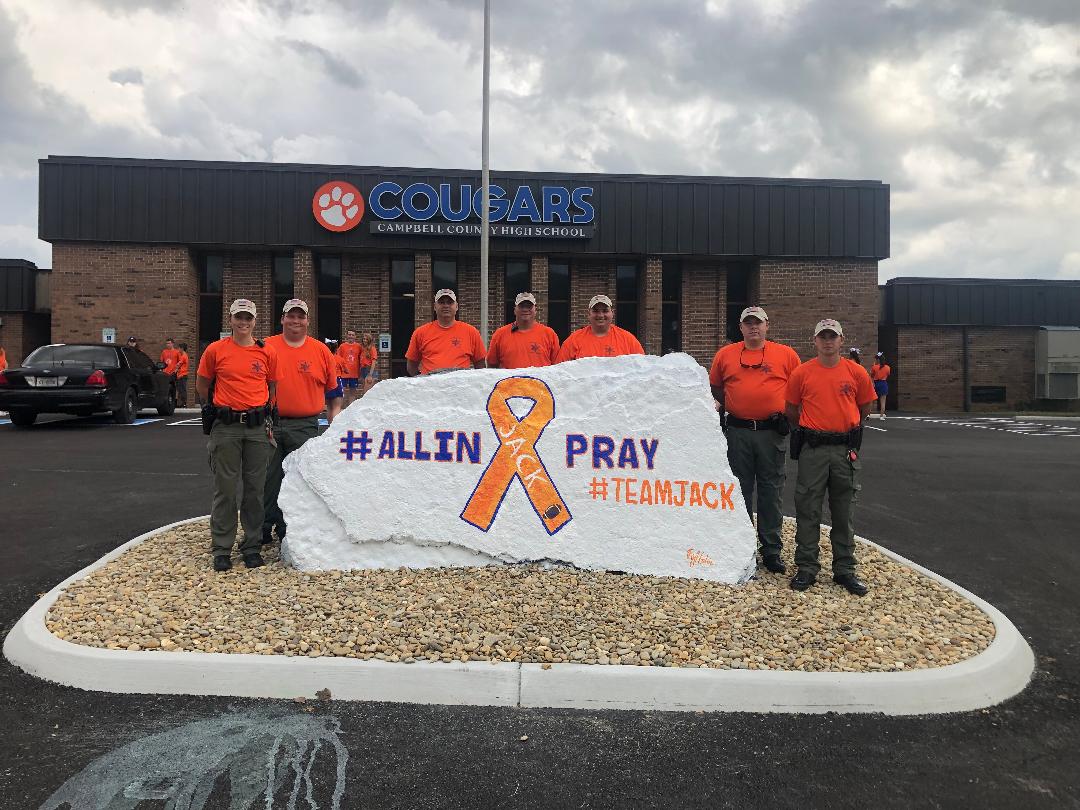 A large contingent of SROs are at the Cougars game tonight.

WLAF first began televising live coverage of Campbell County High School Sports in 2011.  Now, in its  9th season of providing CCHS on TV, WLAF has added  Roku TV, Amazon Firestick and Facebook to its B & M Tires Sports Network.  Cougar games also air over AM 1450 and FM 100.9 on radio and WLAF-TV 12 as well as over www.1450wlaf.com.

Also new starting this season is WLAF’s new-look Cougar Paw.  WLAF’s Matthew Moore “scratched” up the new design.  It’s showcased at the top of the page.

Thank you to our corporate partners who make coverage of the Cougars on WLAF possible:

The Campbell County Chamber of Commerce

Peoples Bank of the South 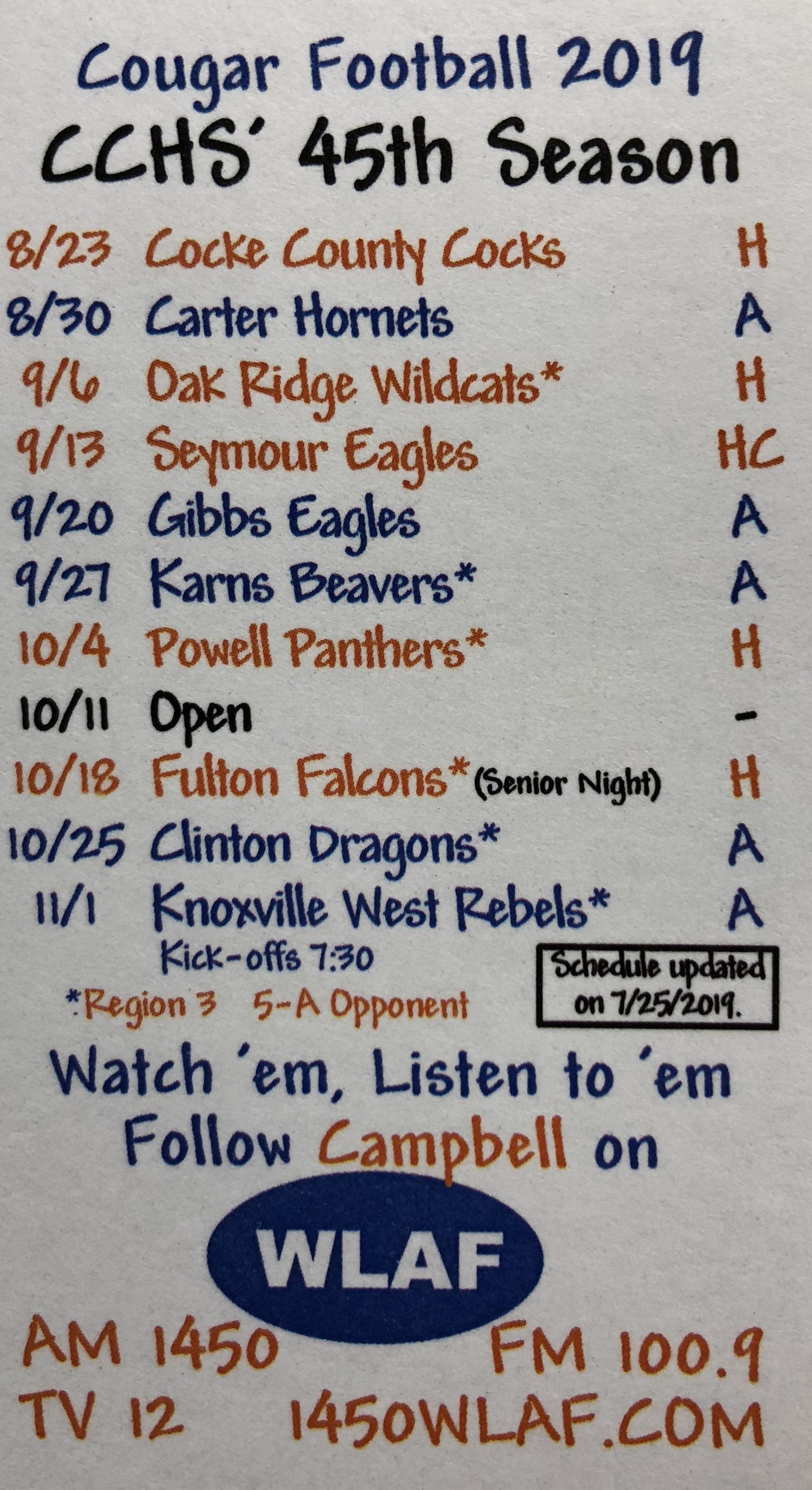 The Cougars open their 2019 season at home against the Cocke County Fighting Cocks, out of Newport, on Fri., Aug. 23. Kickoff is 7:30 pm with live radio, television and internet coverage over the WLAF – B & M Tires Sports Network beginning at 7 pm. Les Martin, the Voice of the Cougars, and Brent Allen bring you the action. Martin returns for his ninth season behind the mic. (WLAF NEWS PUBLISHED-08/23/2019-6AM)