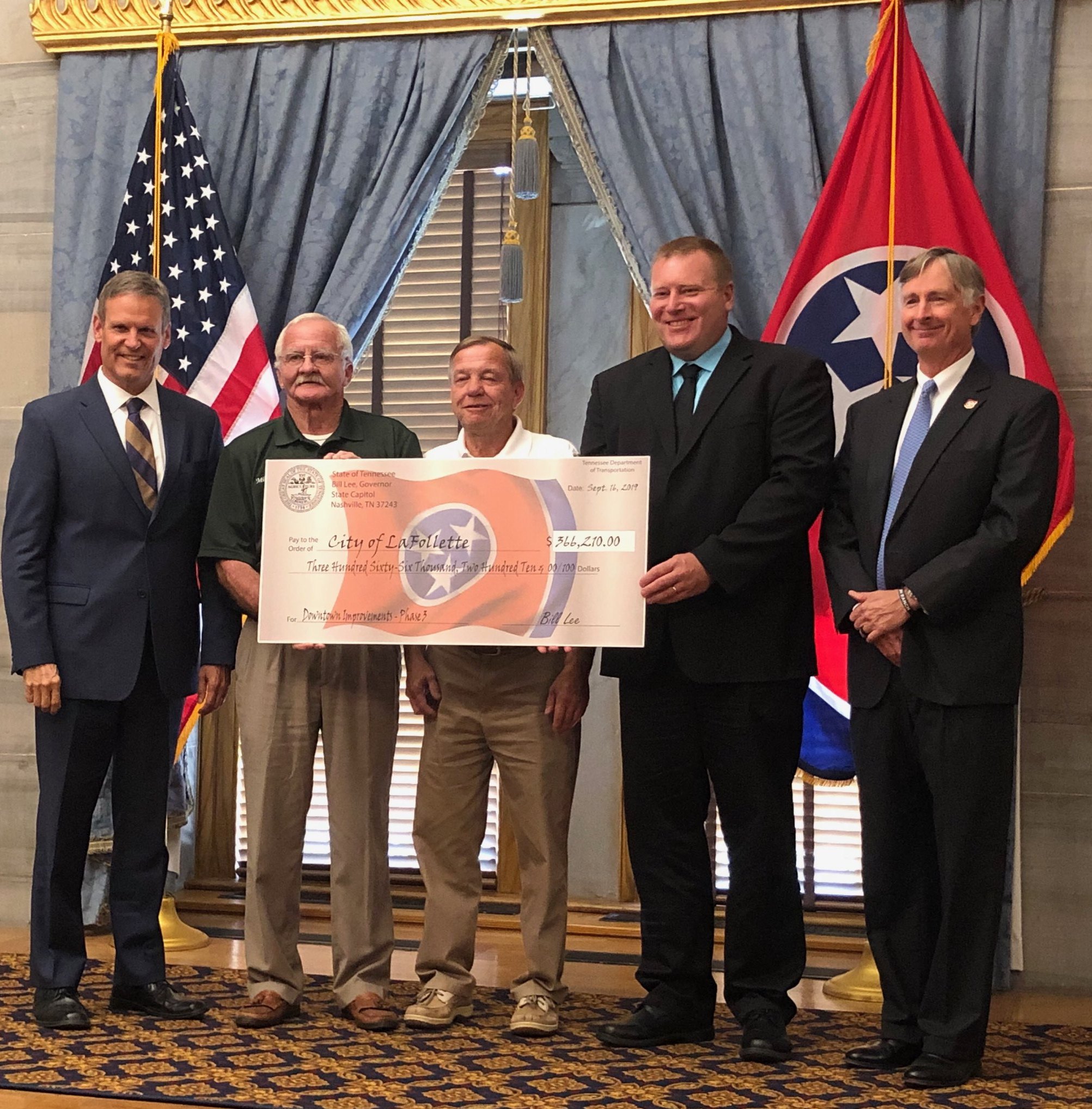 NASHVILLE, TN (WLAF) – “This check is for Phase Three of La Follette’s downtown improvements project. It is for $366,000,” said La Follette City Administrator Jimmy Jeffries.     He along with the mayor and vice-mayor made a one-day down and back trip to the State Capitol to receive the City’s check on Monday.

Jeffries went on to say that that check puts the City between a total of 1.7 and 1.8 million grant dollars awarded so far for downtown improvements.  “We are applying for Phase Four on Oct. 3rd.  I don’t have the numbers in it yet but expect it to be close to a million dollars,” said Jeffries.   He and other city officials are hoping they can land the Phase Four grant.  (WLAF NEWS PUBLISHED – 09/16/2019-1:30PM)