TDOT Engineer Josh Metz, pointing, was part of a public discussion on Tuesday about the Central Avenue Bridge. 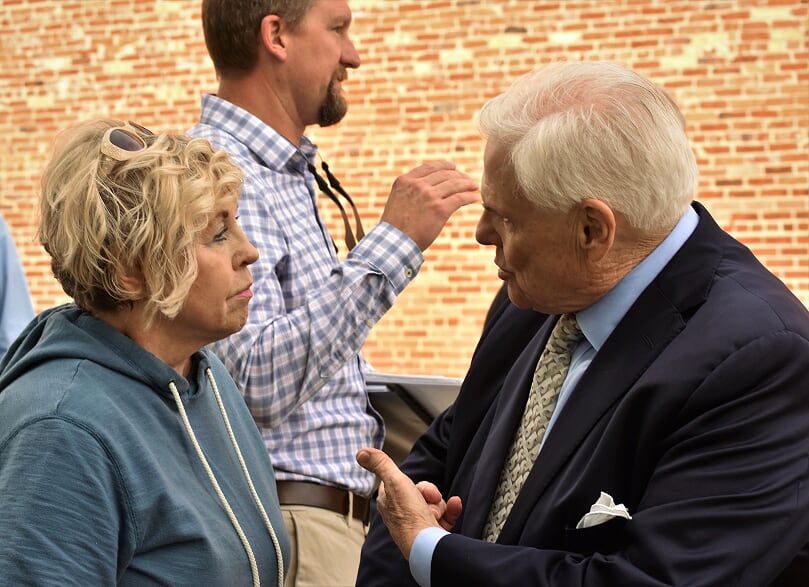 LAFOLLETTE, TN (WLAF) – “It’s a 100-year old bridge (Central Avenue Bridge), and it’s not in good shape.  The concrete is pretty much bad,” said Josh Metz.  Metz is a District 19 Engineer for the Tennessee Department of Transportation (TDOT), and just took over the Central Avenue Bridge project. 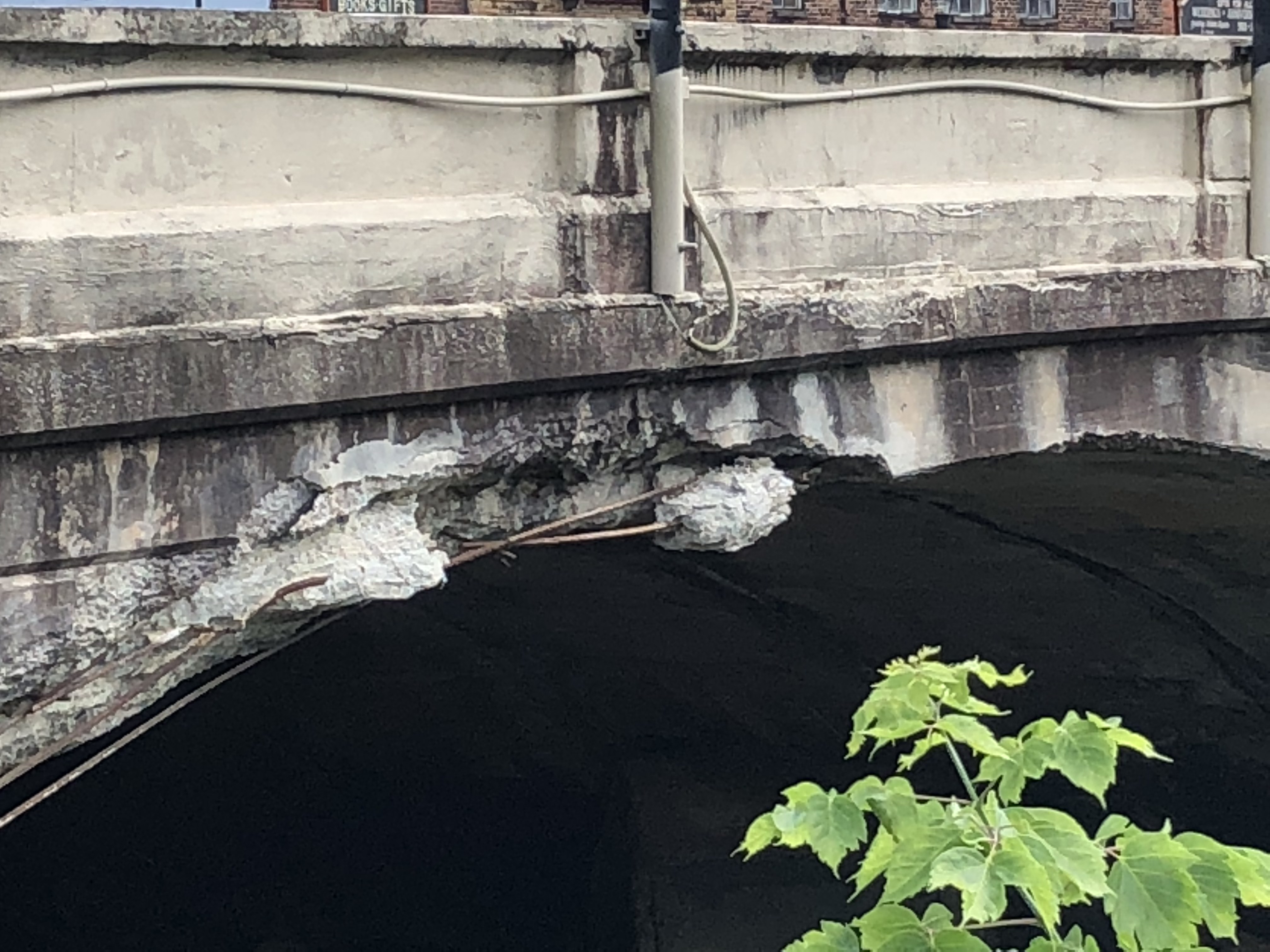 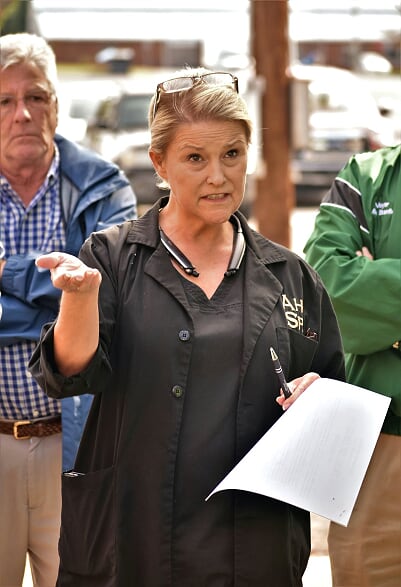 In a meeting called by State Sen. Ken Yager, Metz attended and addressed the crowd of nearly 20 made up mainly of city officials and downtown business owners on Tuesday afternoon.  The crowd gathered in the shade of the breezeway between East Central Avenue and the  downtown parking lot. 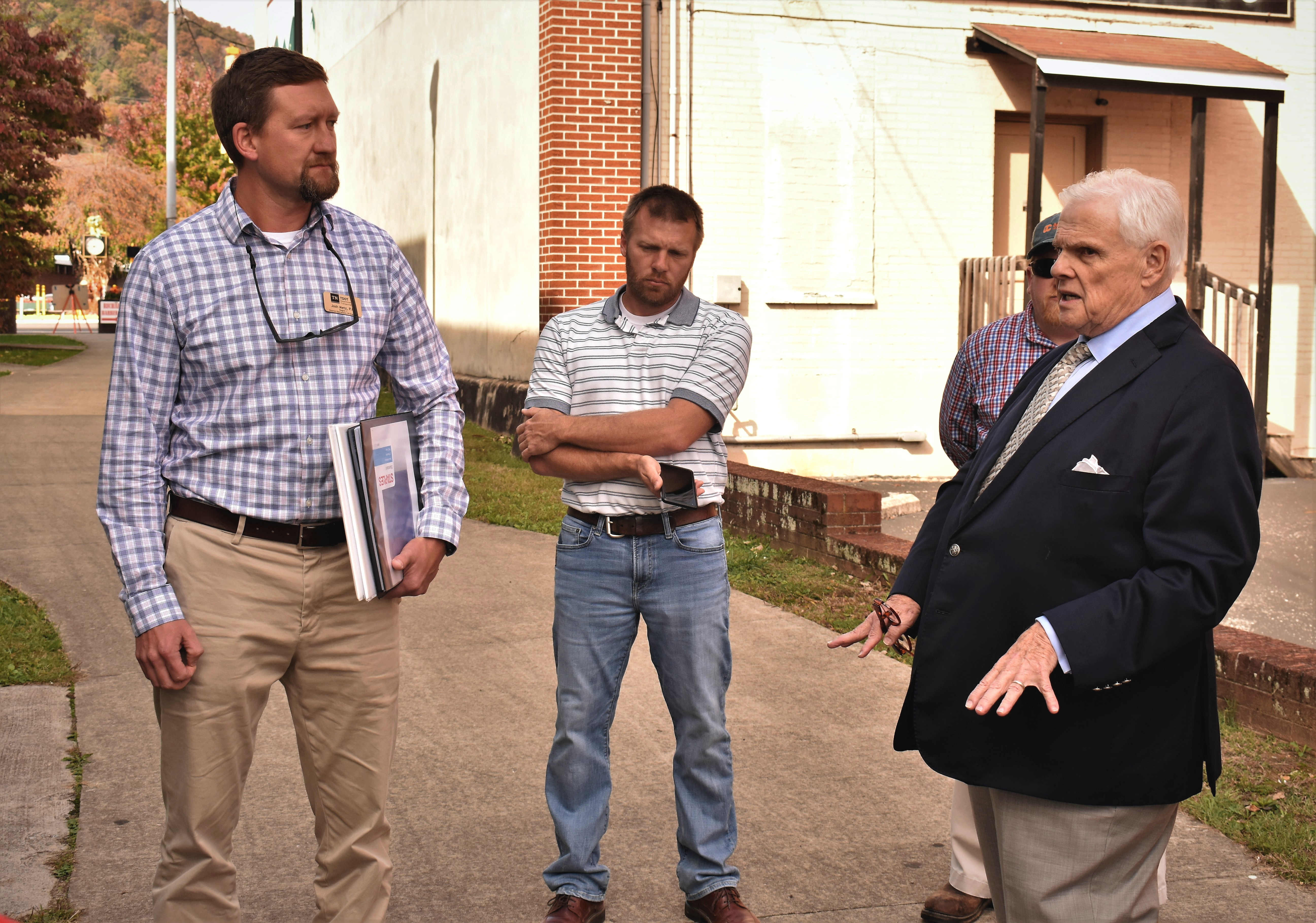 Sen.Ken Yager (right) said, “These are real life problems, and we’re all on the same team here.”

Several ideas and options on a traffic pattern and how to get parking back on the street on East Central were tossed about to Metz though he said that there are only two options with the traffic pattern; lane shifts or close the bridge.  Metz did emphasize, “There’s no choice on fixing the bridge.” 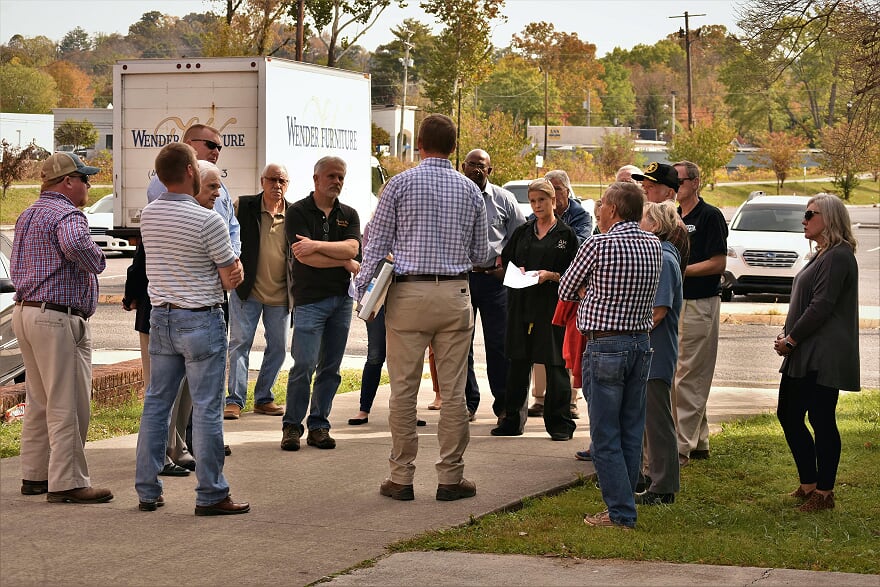 The meeting was held in the breezeway between East Central Avenue and the downtown parking lot. 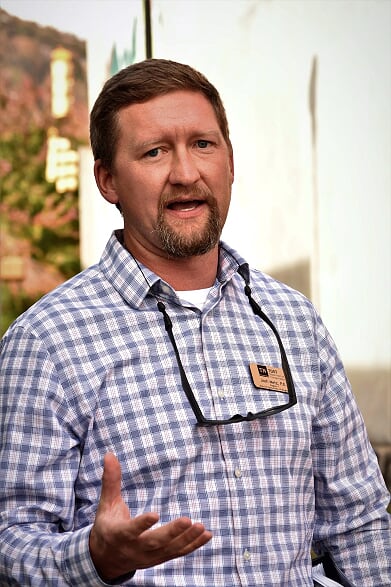 Metz (above), said, “I do apologize for the inconvenience you are going through.  I really hate this is happening.”  There was chatter among those at the gathering that a couple of downtown businesses are looking at relocating. 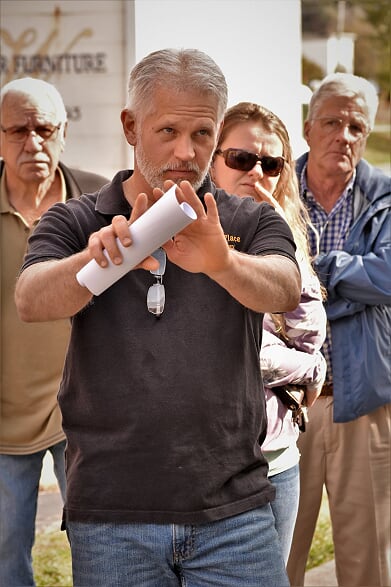 Derrek Bowman, the owner of Derrek’s Place, asked if the contractor is fined if it does not meet the completion deadline in 2020?  Metz said, “Yes.”  Bowman followed saying, “Our businesses are being fined everyday.  My business dropped 30 to 50 percent once the bridge work began.” The questions were posed of why are you now thinking about replacing the bridge, and how did the bridge become this bad even though it, along with all bridges in the state, was inspected every two years.  Metz said, “We did not know just how bad the bridge was until we were able to remove asphalt.”  He added that the bridge did not do well when a “dragging test” was performed.  That’s where chains are dragged across the deck of the bridge and professionals listen for a certain sound that’s made in determining the deck’s status. The meeting did have its light moments like when Nikki Campbell of Smith Hardware shared the story of how a man navigated past the barriers and parked in front of her store last Saturday so he could use the store’s front door. 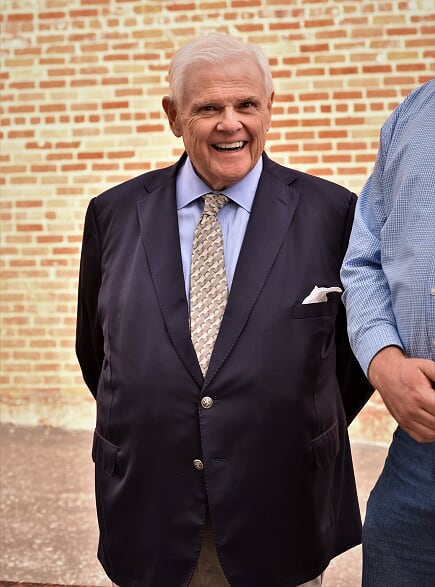 The project began in mid-September and, at least for now, is expected to be completed in May  2020.  However, a revision from the designer is due out on Friday, Nov. 8, and Metz indicated the revision will include if the bridge refurbishment will continue as initially planned or if the bridge will be razed and totally replaced.  Metz told the group that he will share their concerns with the designer. (WLAF NEWS PUBLISHED – 10/31/2019-6AM-PHOTO COURTESY OF WLAF’S CHARLIE HUTSON)